In the course „Cultural Processes in Europe – Researching Ljubljana“, students of Applied Cultural Analysis conducted ethnographic fieldwork in Ljubljana. During their field trip, they teamed up with colleagues from Denmark. Not only did they design and conduct their research; they also developed the design for adequately presenting their results on this website.

Ljubljana, the Slovenian capital, is a bustling hub of cultural life, art, and alternative culture. With almost 290.000 inhabitants, Ljubljana is only slightly bigger than Graz. In the last decades, the city has increasingly been attracting tourists from all over Europe and the world, many of whom do a quick stop-over on their way to Venice, Vienna, and Budapest. The official image campaign “I feel Slovenia” seeks to sell the country as friendly, peaceful, ecological, amicable, in short: the good post-Yugoslav state with an emotional touch: “Welcome to Slovenia, the only country with the word LOVE in its name!“

Ljubljana has managed to locate itself on the touristic map of Central-European sights – not necessarily as one of the must-sees, but already more than an insiders’ tip – “An underrated gem in the heart of Europe”, as the Herald put it. Slovenia joins the many countries that pride itself of being a “bridge”, a “cross-road”, or an “in-between” in Europe, linking West and East (Maxwell 2011), bordering the Balkans while keeping a safe distance. Eyewitness Travel Slovenia, an English-language travel guide explains the Slovenian “national character” with reference to its geopolitical location “as a cultural crossroad”: “Typical Central European traits such as honesty, hard work and cheerfulness are valued, although Mediterranean qualities such as style, sociability and a taste for good food also fit the nation’s psychological profile”. The travel guide explains us that “’Balkan’ was considered an unpleasant word in the aftermath of independence in 1991”, but today, we learn, “supposedly Balkan characteristics such as warmth, spontaneity and vivacity are viewed more positively by most Slovenians” (Bousfield and Stewart 2017: 20).

There are many cities and countries that claim to be located precisely in the heart of Europe. Already in 1775, the Polish town of Suchowola was declared the geographical center of Europe, but since then it has been joined by other centers and hearts. The Austrian National Tourist Office even insists: “Austria really does lie in the very heart of Europe.” Ljubljana takes pride in being “The Green Heart of Europe”, since the city was awarded the European Green Capital in 2016. Despite all these efforts, the country’s PR seems to be struggling with its marginalized position and the constant menace to fall into obscurity. Just take a quick glance at Slovenia’s Wikipedia website:

There is a strange void, right in the center of Europe, one that we sought to explore. If Slovenia truly is this “gem in the heart of Europe”, and if Ljubljana lies at a crossroad not only of East, West, and the Balkans, but also of historical and current political processes, then we should be able to observe these processes and their social, cultural, and political repercussions in vivo.

Six students of Applied Cultural Analysis from the Alpen-Adria Universität Klagenfurt set out into the unknown. They embarked on an ethnographic journey to a land was only a short trip away, south of the mountains, yet for most of them it was far away in their imagined geographies. During our one week fieldwork, we discovered the complexities of everyday lives and of the representation of Self and Other under the condition of globalization and Europeanization in Ljubljana. On this website, we present four of the projects. For instance, how can we as cultural analysts understand Slovenian cultural heritage, particularly if it to a large degree transcends the national borders and characterizes the wider area of Carniola, such as beekeeping? How, Lisa Mentzl asks in her research, is a cultural tradition nationalized, and what does a global trend called “urban beekeeping” have to do with that?

International trends and imaginations intersect with local practices and visions in a second project. What is good life in a city, and how can and should it be planned? Jasmin Baumgartner explores various spaces of “in-betweenness” in the city of Ljubljana and links them to visions of the city, thereby raising questions regarding the nature of urbanity and urban planning that go beyond the case of Ljubljana.

Ljubljana is not only a destination for tourists, but increasingly attracts foreign exchange students, due to its bustling student life, ubiquitous English proficiency and low prices. How, Johanna Steindl asks, do cosmopolitanism and a European identity go together with active efforts for the preservation of Slovenian language and more often than not an active rejection of ‘alien’ languages? How do exchange students cope with these inconsistencies and the frictions they create?

Different kinds of mobility create different sets of problems. One research project dealt with the local ramifications of migration and asylum. Christina Schwichtenberg-Winkler asks which challenges for the school and education system exist in relation to migration. How can schools and experts navigate the small path between empowerment and culturalistic othering?

Our small group was not the only one researching “Cultural Processes in Europe”. We closely cooperated with Marie Sandberg and Niels Jul Nielsen from the Saxo Institute at the University of Copenhagen and their more than 40 BA students! Also, we received significant and helpful aid from local experts. We were aided already in Klagenfurt, but also during our stay in Ljubljana by Saša Poljak Istenič, who provided us with helpful ideas, comments, addresses, and advices. Without her and her local knowledge, our research would certainly have lacked depth and insight. Miha Kozorog invited us to the Department of Ethnology and Cultural Anthropology at the University of Ljubljana to meet up with his students and discuss ethnographic experiences. Finally, we wish to thank all the interlocutors who devoted some of their time to contribute to this student research project. Without all of you, this would not have been possible – najlepša hvala! 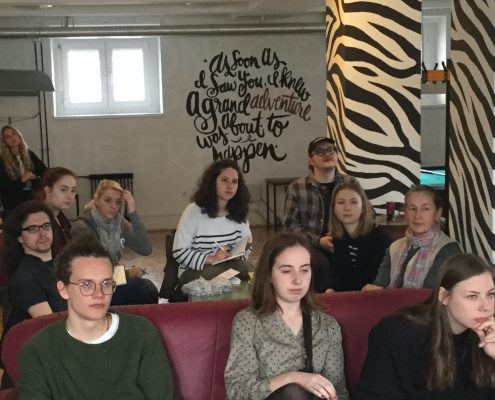 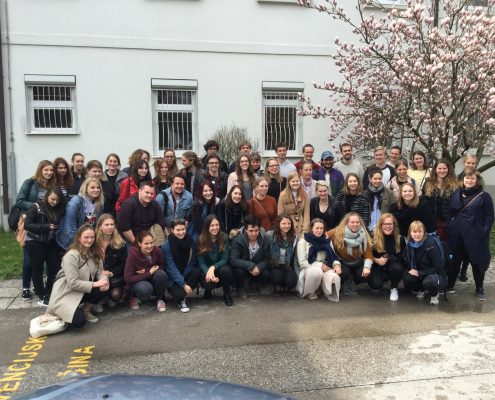 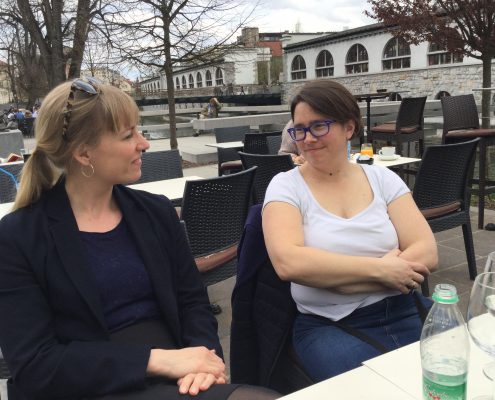 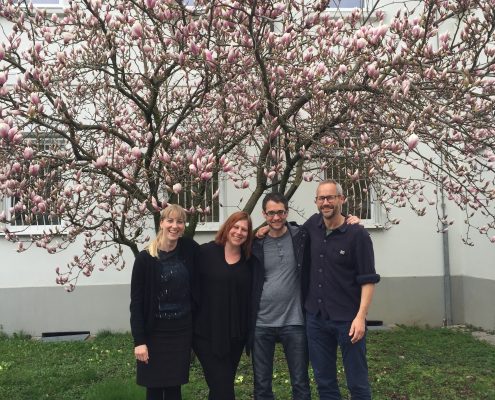 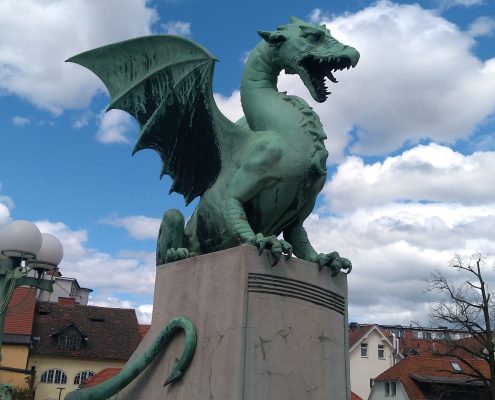 VISIONS OF A CITY – IN-BETWEEN SPACES

Looking at the city of Ljubljana, numerous spaces can be found that are either in a spatial, temporal or aesthetic in-between, turning them into in-between spaces. Three examples of such – a playground in an old socialist neighbourhood, a park and an Urban Gardening Site – will be analysed to gain an understanding of the different visions that exist in Ljubljana. And to see, how frictions between them relate to space.

How does a city use its space? 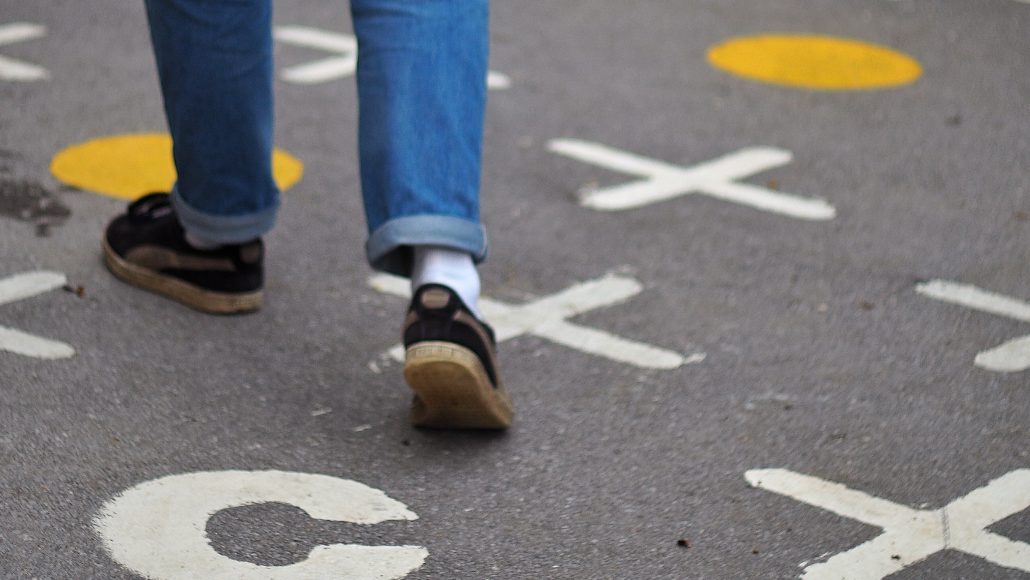 Arriving as a young student, staying as a guest, leaving as an adult. The experience of Erasmus or Creole can be challenging as well as rewarding. The students take on a guest role in a completely new situation. How do they deal with it? 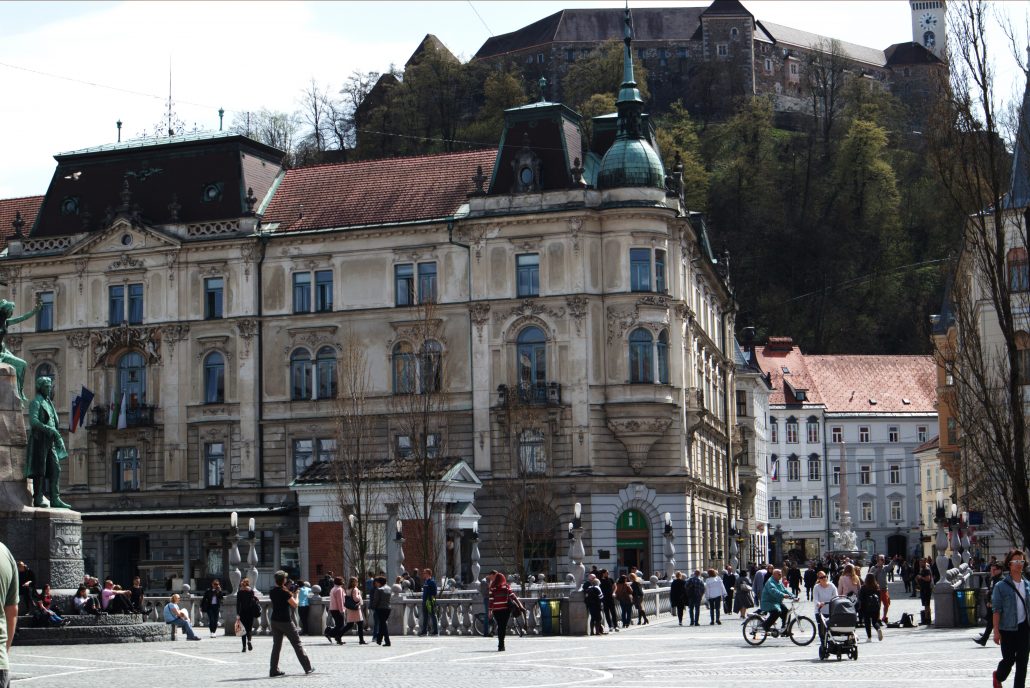 Guest and Host Roles of Refugees and Helpers in Slovenia – What are their Expectations of Each Other?

When thinking about the destinations towards which refugees usually flee, many people might have countries in mind which are well known for their dominance in the world’s politics or which are at least among the most prosperous countries in the world. Countries such as Germany, Sweden, France and Great Britain are known for the fact that they are typical destinations for those seeking refuge. Countries such as Slovenia are more likely to be regarded as one of the countries refugees pass through in order to reach their intended destination. However, despite being a relatively young nation, Slovenia has had its own share of experience with people from other countries entering its borders in need of shelter. 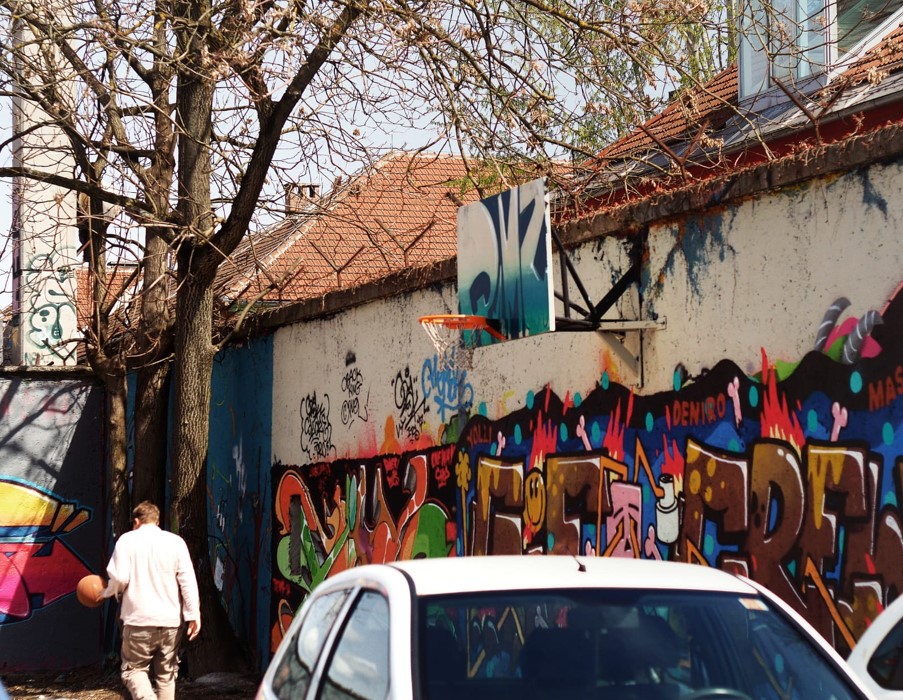 Beekeeping as cultural heritage in Slovenia

Slovenia is known to be a country full of culture and nature, which are combined in the nation’s rich tradition of beekeeping. There is a variety of fields where bees, honey and beekeeping play an important role for the representation and the cultural heritage of Slovenia. Our field research was all about picturing the huge influence a small animal can make for a country of bee lovers. 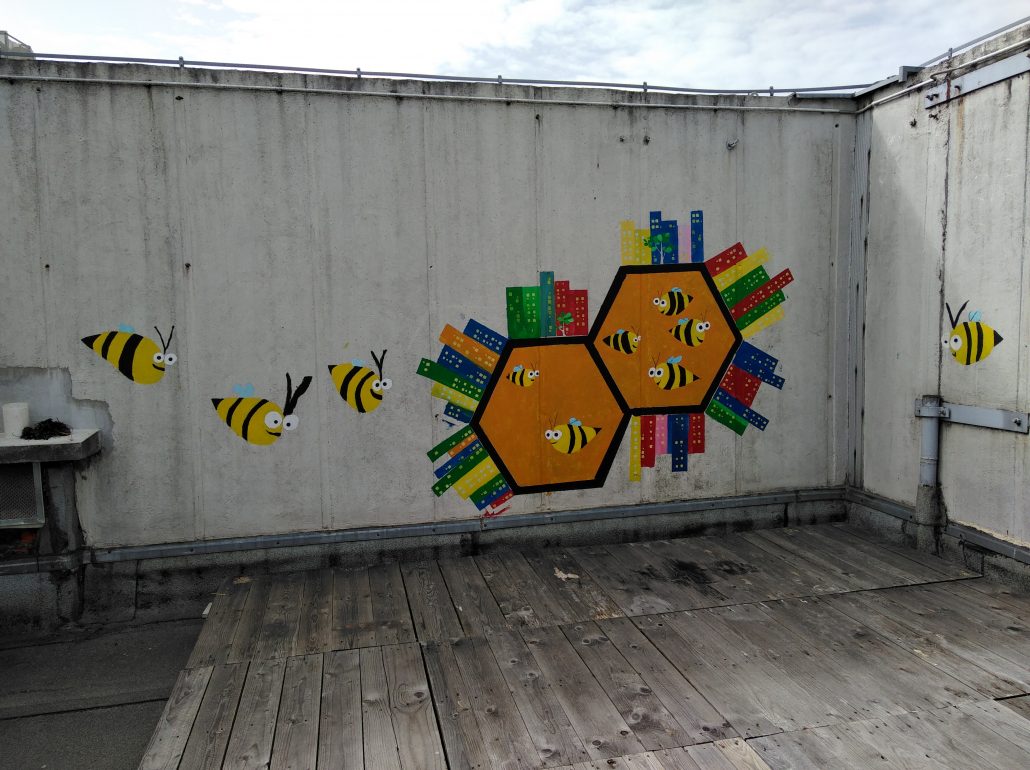 Slovenia is both a host country and a country of passage for migrants and refugees. As such, it is confronted with various challenges. In my fieldwork, I was interested in how Slovenia was handling the issue of the integration of migrant and refugee children into Slovenian schools. Which concepts exist to organize everyday school life for children and teachers, everyday life for families and the receiving society? Which problems need to be overcome? What measures have been taken to promote and facilitate the inclusion of these children? 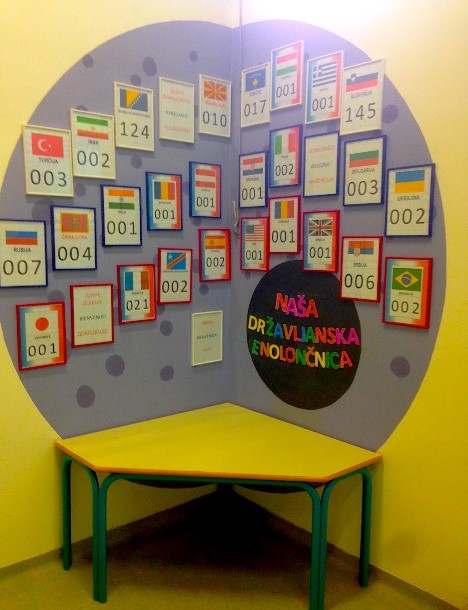