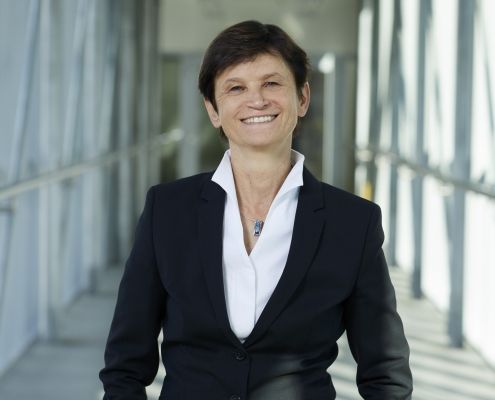 The Vice-Rector for Education is responsible for:

Doris Hattenberger, born in 1965, has been conducting research and teaching at the Department of Law at the University of Klagenfurt since 1992. Specialising in public law, she was initially employed as research assistant and progressed to assistant professor in 2001. She worked in the Constitutional Affairs department at the Office of the Carinthian Government in 2001 and 2002. She served the university in the role of Rector of Studies between 2013 and late 2016; she took over the duties as Vice-Rector for Education at the beginning of 2017. In May 2020, she was appointed for a further term of office by the university council.  In addition to lecturing on the Business and Law, Applied Business Administration, Informatics and Media and Communications  degree programmes at the university, she has also spent several years teaching at the International University Institute for European Studies in Gorizia (IT).