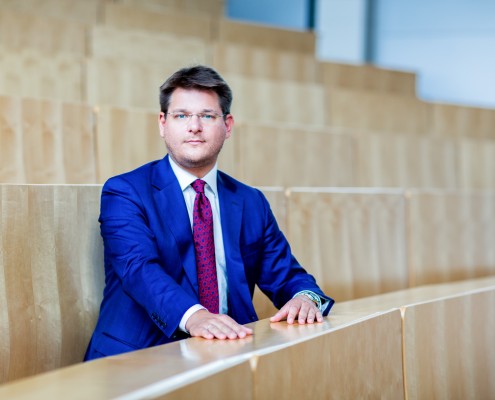 In accordance with section 23 (1) of the Universities Act 2002 the Rector’s responsibilities include, among others:

Please refer to the rules of procedure (as amended) for the comprehensive list.

The Rector is furthermore responsible for:

From 2008 until 2010 he served as the president of the Austrian Psychological Society. In January 2006 he was elected chairman of the AAU Senate, an office he held until May 10th, 2012 (Senates I to IV in accordance with the Austrian Universities Act 2002). Vitouch served as vice-rector for teaching, learning, and international relations from May 11th, 2012 until he took office as rector on October 29th, 2012.

From January 2015 to May 2016, Oliver Vitouch was president of the Alps-Adriatic Rectors’ Conference (AARC), founded 1979 in Graz, with 40 member universities from Austria, Southern Germany, Hungary, Northern Italy, Slovenia, Croatia, Bosnia and Herzegovina, Serbia, and Albania. In May 2015, he has been re-elected by the AAU Senate and the Board of Trustees (pursuant to Art. 23b of the Austrian Universities Act) as rector for the term of office 2016-2020.

Oliver Vitouch has alternately served as Vice-President and President of “Universities Austria” since January 2016 (President from June 2016 to December 2017; Acting President in the second half of 2019). As President, he was significantly involved into the enactment of Austria’s new system of university funding (Art. 141 to 141c and 71a to 71d of the Austrian Universities Act).