Karl STOJKA | People with half faces 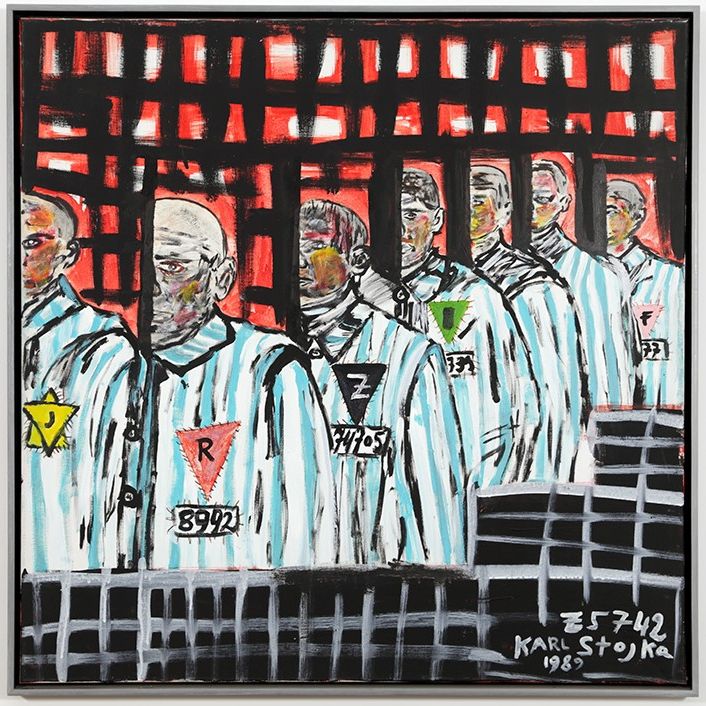 Karl Stojka was eleven years old when the Nazis arrested him and deported him to the Auschwitz-Birkenau concentration camp. There he became number Z 5742, which was tattooed on his left forearm. Exactly that number is found in several of his works of art as part of the signature. In 1941, Stojka’s father was murdered in the Dachau concentration camp, and the Stojka family was taken to various concentration camps. Of his five siblings, only sister Ceija and brother Mongo survived, like Karl, the concentration camps Bergen-Belsen, Auschwitz, Buchenwald, and Flossenbürg and the subsequent death march. In his pictures, he thematizes his life story as a persecuted Roma.

Karl Stojka: People with half faces, 1989

Karl Stojka (1931-2003) came from a Lovara-Roma family in Wampersdorf, Burgenland. He lived in Austria and in the USA after the Second World War. In 1985 he started painting as an autodidact. Exhibitions with over eighty paintings were shown in Japan, the USA and in Europe. Today the Stojka family is one of the most famous artist families in Austria.