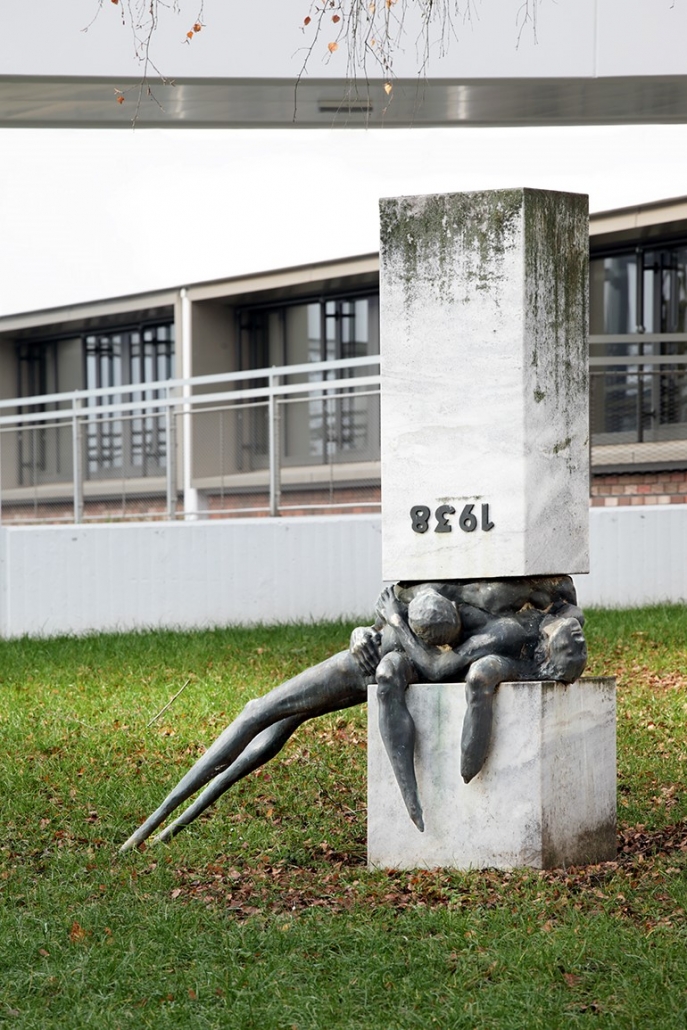 The monument was designed to commemorate the 50th anniversary of Austria’s “Anschluss” to National Socialist Germany. It points to the year 1938 as the beginning of a seven-year period of oppression, humiliation, persecution and annihilation of numerous groups of victims – Jews, Sinti and Roma, resistance fighters, politically persecuted people, Slovenes, people with disabilities and others.
(From: Nadja Danglmaier and Helge Stromberger)

South of the North wing

Rudolf Peyker (1946-2002) ran the university sports center of the University of Klagenfurt (today USI) from 1984 to 2002. As a stone and wood sculptor he was self-taught. From 1984 on, the artist lived in St. Georgen am Längsee, where he had also established a sculptor´s studio.