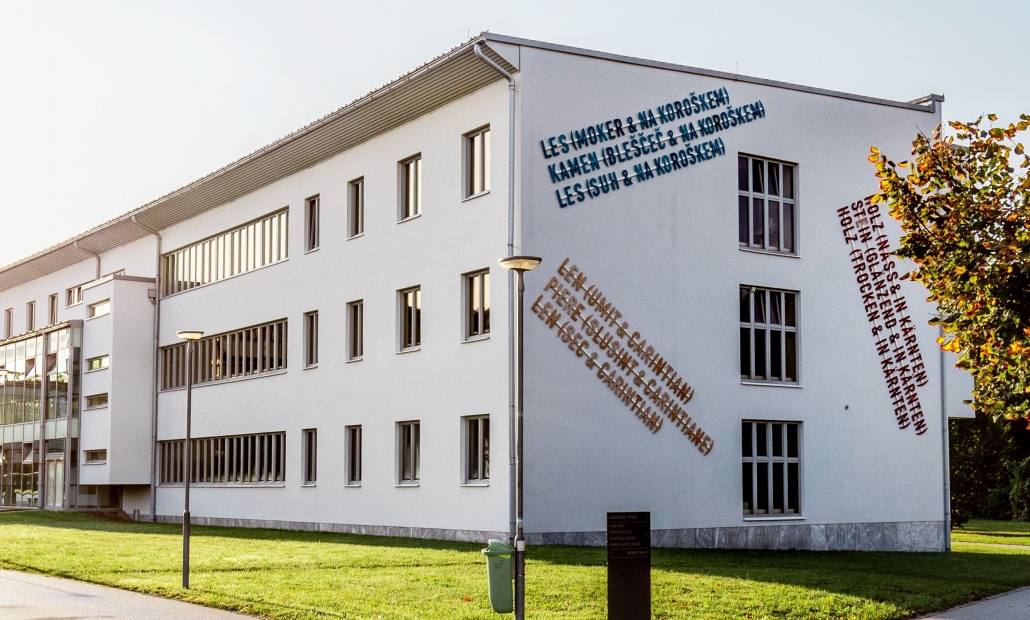 The installation, „Holz (Nass & in Kärnten)“ is able to merge global language of public communication with a different form to represent the local.  The texts are composed in uncoded form in the minority languages of the neighbouring regions Carinthia, Slovenia and Friaul. The viewer’s field of vision ranges from a conflict-laden history to a politically still precarious present.

Text installation made of anodised metal

Lawrence Weiner was born in the Bronx, New York in 1942. He lived in Amsterdam and New York. Weiner ranks as one of the most significant representative of concept art wich was born out of Minimalism in the 1960s. From the early 1970s onwards, wall installations became Weiners favourite medium. Besides that, he focused on video art, cinematic art, books, audio recordings, performances, posters, multiples, graphics and various other forms of presentation for his text works, which he defined as sculptures.