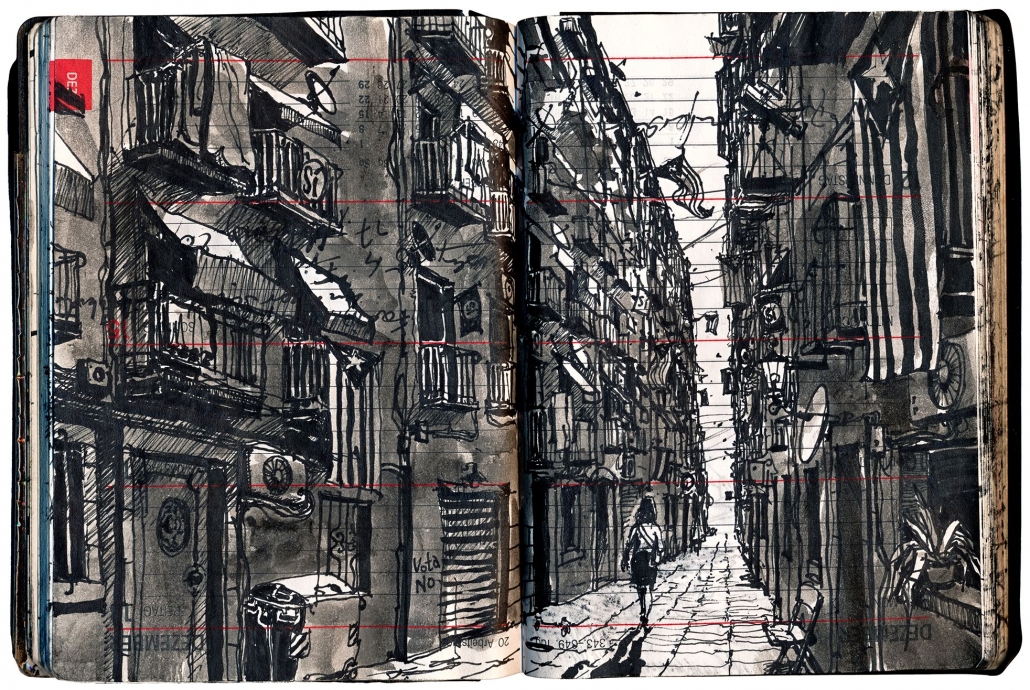 In his artistic works Olaf Osten shifts horizons and focuses on seemingly inconspicuous things. For the work series “Pendeln”, he conserves real situations on upside-down pocket calendar pages and reworks small and large maps to create new views of the world. With the reversal of perspectives and a smart play with proportions, Olaf Osten also changes the audience’s view of the world and objects.

Olaf Osten was born in Lübeck on the Baltic Sea in 1972. He studied graphic design at the University of Applied Sciences and Arts in Hildesheim and at the Dun Laoghaire College of Art & Design in Dublin. As a draftsman he is regularly active in interdisciplinary projects, including the Impulstanz Festival, the Vienna Festival or the mumok / Museum of Modern Art Ludwig Foundation Vienna. In 2012 he received the Austrian state prize Schönste Bücher Österreichs together with Ernst Logar. The artist has been living and working mainly in Vienna for two decades, and his works have been regularly shown in exhibitions in Europe and the USA since 2005.