Metaphors in Englishes around the world

We look forward to seeing you in Klagenfurt.

The study of metaphors in world Englishes has long been a neglected area of research. However, recent developments in world Englishes, in conceptual metaphor theory, in cognitive linguistics at large, and in cultural linguistics emphasize the need to study metaphorical language use as a potential characteristic of Englishes in the world. Wolf and Polzenhagen (2009) provide a foundational study that highlights the relation between metaphor and cultural knowledge in the context of African Englishes. The connection between sociolinguistic-variationist research and cognitive linguistics has been strengthened over the last few years, leading to the emergence of cognitive sociolinguistics (e.g. Kristiansen & Dirven 2008; Pütz, Robinson & Reif 2014; Geeraerts 2016). At the same time, studies on conceptual metaphors have benefitted from methodological (e.g. Steen et al. 2010) and conceptual advances (e.g. Kövecses 2015; Gibbs 2017). In line with these tendencies, it is important to expand our understanding of (conceptual) metaphors in diverse Englishes. Of particular relevance is the use of metaphors to express local cultural knowledge, which, among others, can surface in idiomatic patterns of language use (e.g. Callies 2017; also see contributions in Idström & Piirainen 2012 and Piirainen & Sherris 2015 for other languages). The usage of metaphors in different Englishes can also be a token of contact-induced influences in the speech of multilingual speakers of English (e.g. in constellations where English co-exists with other languages in daily interactions and in situations where English is acquired as an additional language). From a cognitive point of view, research into metaphor variation in world Englishes adds to the debate on the interplay of universal and culturally-specific manifestations of conceptual metaphors (see, e.g. Kövecses 2015; some contributions in Callies & Onysko 2017).

We invite paper presentations on the topic of metaphors in Englishes around the world from various perspectives, including but not limited to:

Slots for paper presentation will be 20 minutes followed by 10 minutes for discussion. If you intend to participate as a speaker, you are invited to send an abstract of your contribution (max 300 words, references excluded) to alexander [dot] onysko [at] aau [dot] at.

Abstracts should be anonymous but preceded by a title sheet stating the author(s) contact details.

Please state “abstract submission Met(V)iEW 3” in the subject line of your e-mail.

The study of metaphor in Englishes around the world has brought forward different empirical evidence on variations in metaphor usage and structure. This body of empirical work has significant descriptive value, but more generally may offer critical insights into how scholars think of metaphor’s role in human thought, communication and bodily experience. My talk aims to explore some of the ways that research on metaphor in world Englishes bears on several methodological issues and enduring theoretical debates in the multidisciplinary study of metaphor. I will pay particular importance to arguments over whether metaphor best reflects cultural, historical, linguistic, cognitive or embodied facets of human life, and how studies of variation in metaphor usage can contribute to broader theories human meaning and adaptive action in real-world contexts.

The spread of metaphorical idioms in Englishes and beyond: a suggestion for a theoretical framework

The emergence of different sets of metaphorical idioms in various forms of English is a well-known phenomenon. It is also commonly recognized that many of these idioms spread from one variety of English to another. But, interestingly, metaphorical idioms also seem to “travel” from a variety of English to other languages, such Hungarian. Given these phenomena, at least three issues arise: (1) Why do different sets of metaphorical idioms emerge in different varieties of English? (2) How can we account for their spread and acceptance into other varieties of English? (3) And, most challengingly, how can we explain their natural acceptance into Hungarian, a language genetically unrelated to English? The data I use in my presentation involves metaphorical idioms in American English, British English, and Hungarian. The theoretical apparatus I rely on in attempting to answer the questions comes from certain extensions of conceptual metaphor theory that I proposed in recent years. 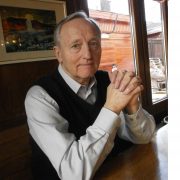 Zoltán Kövecses is Professor Emeritus in the Department of American Studies, Eötvös Loránd University, Budapest, where he was the head of the Cultural Linguistics doctoral program. His research interests include metaphor, metonymy, emotion language, American English and culture, and the relationship between metaphoric conceptualization and context. His major publications include: Metaphor and Emotion (2000, Cambridge UP), American English. An Introduction (2000, Broadview Press), Metaphor. A Practical Introduction (2002/2010, Oxford UP), Metaphor in Culture (2005, Cambridge UP), Language, Mind, and Culture (2006, Oxford UP), and Where Metaphors Come From (2015, Oxford UP).

The magic of body fluids part II: charms and superstition in Singapore English

This talk is the second part of a “body fluid trilogy” that investigates cultural conceptualizations of the magic of body fluids. The first part (Wolf 2018) centered on beliefs related to the magical power of menstrual blood and urine in gender relations, found in early modern Europe, West Africa, the Southern United States and Indonesia. The second part deals with cultural conceptualizations of superstition in Singapore, specifically pertaining to charm oils. Such oils are obtained from the fluids of human corpses or certain insects and are held to be powerful charms in black magic. The analysis of these extreme and bizarre (from a mainstream Western perspective perhaps) conceptualizations is not an end in itself, but points to a wider theoretical issue, that of cultural flow and contact. The respective conceptualizations seem to have originated from Thailand and charms produced there are believed to be especially powerful. Hence, subsequent to respective considerations made in part I of the trilogy, the cross-societal transmission of cultural conceptualizations will be further considered. My talk thus ties in with Cognitive Contact Linguistics as a recent research strand in Cognitive Linguistics (Finzel and Wolf 2018fc., Zenner et al. 2018fc.).

Hans-Georg Wolf is Chair Professor of Development and Variation of the English Language at the University of Potsdam. His research interests include World Englishes, Cultural Linguistics, (Cognitive) Sociolinguistics, lexicography, corpus linguistics, and pragmatics. Currently, his main foci are the application of Cultural Linguistics to the study of varieties of English and the writing of a dictionary of West African English.

All participants need to register for the event.

Any questions? Please get in touch with Alexander Onysko 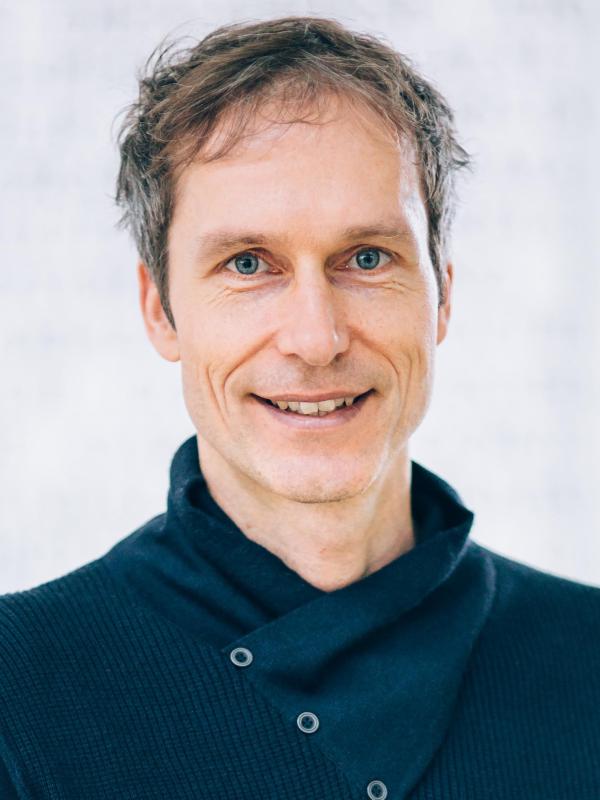