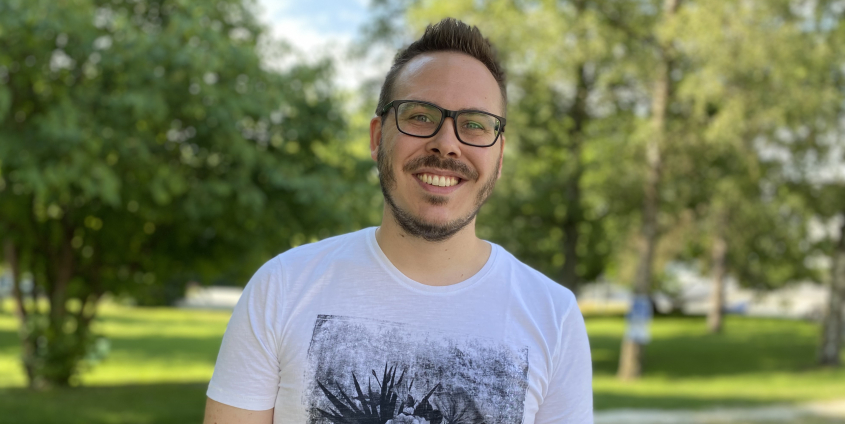 Sebastian Uitz has played games on the computer from a very early age. Supported by a grant from the Carinthian Economic Development Fund KWF, he is now turning this passion into his business model. Together with two colleagues, he is building an innovative computer game that revolves around a spider and its distinctive climbing and web-building abilities. This so-called “wholesome game” is expected to be available on the international games market from mid-2023 onwards. By then, the team also hopes to have set up its own company.

Nowadays, you no longer need a gloomy garage to develop a successful computer game and turn that game into a company. Sebastian Uitz is supported in the “realisation of innovative start-up projects” by the Carinthian Economic Development Fund KWF (co-financed by the ERDF European Regional Development Fund) through the university; and as such he is employed at the Department of Information Technology for the duration of the project. Based in his office in Klagenfurt’s Lakeside Park, Sebastian Uitz collaborates with his two colleagues. Manuel Santner manages the 3D modelling and level design from Salzburg. Michael Steinkellner is the artist in the group, polishing the story, the dialogue and the music and sound effects in Styria. Sebastian Uitz is responsible for project management, game design and programming. He also handles the marketing, taking care of the social media presence on Twitter and TikTok.

Sebastian Uitz has been working on “A Webbing Journey” since 2021. In this 3D puzzle platform game, players take on the role of a spider that spins its webs on various islands dotted with caves, bays and ruins in order to achieve its goals. The game falls into the genre of wholesome games, which is gaining in popularity. “These games are characterised by warmth, they are family-friendly, their storylines are positive, and there is no violence or fighting. Generally, they tend to have a slower pace and are more restrained compared to other games”, Sebastian Uitz explains. Interest in wholesome games is very high, he adds, both among adults and children. The game can be played by children from the age of 8 upwards.

Sebastian Uitz believes that there is plenty of development potential for wholesome games in the booming computer games industry: “After all, today nearly all of us play, at least simple games, on our smartphones. But very few people describe themselves as gamers. This means that there are lots of niches for newcomers to get excited about wholesome games.”

Once the team has completed its work, most likely in spring 2023, Sebastian Uitz and his colleagues will establish a start-up and make the game available for purchase on major platforms such as Steam and Nintendo Switch. The marketing approach involves, among others, collaborating with influencers. During this period, Sebastian Uitz also hopes to have completed his degree in “Game Studies and Engineering” at the University of Klagenfurt. Over the past few years, the Master’s degree programme has provided him with the perfect conditions to progress in the field of game development, both in terms of content and technology, and to forge important contacts. 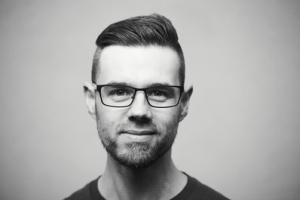 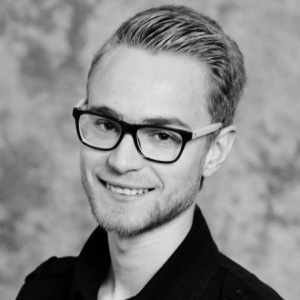 The Master’s degree in Game Studies and Engineering is an interdisciplinary programme, instructing students on technical as well as analytical and ethical issues regarding video- and other games. Students with a Bachelor’s degree in Computer Sciences or/and Humanities, an interest in the development, analysis, critical reflection of videogames and proficiency in spoken and written English, are encouraged to enrol in this programme. The focus of the curriculum is on the multi-faceted nature and contextualisation of games with regard to an array of different but interconnected areas of investigation. More