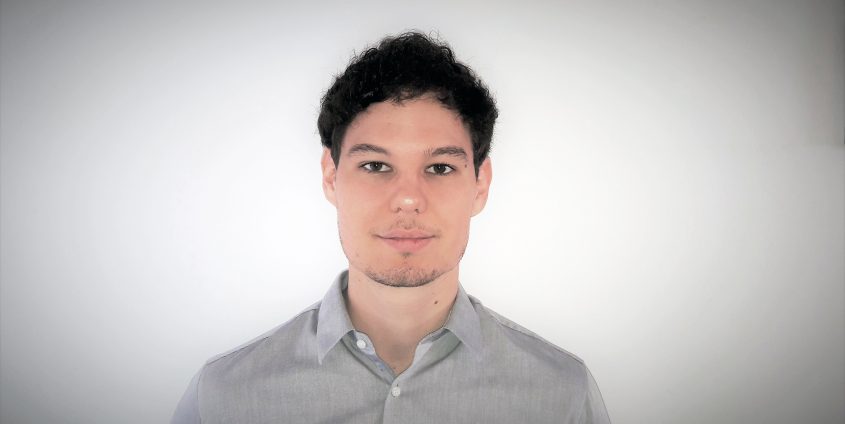 There are individuals who are immensely knowledgeable. And yet, as Maria von Ebner-Eschenbach tells us, “knowledge expands when it is shared.” But does knowledge that has been gathered in vast knowledge bases always remain free of errors? And how does one go about drawing accurate conclusions from collected knowledge? Patrick Rodler, Post Doc at the Department of Applied Informatics, is working on artificially intelligent error detection and error correction in knowledge bases.

One of his current projects is a collaboration with Stanford University, which revolves around keeping the knowledge bases of the National Cancer Institute in New York as free of errors as possible. These medical data bases contain hundreds of thousands of logical sentences referring to various forms of cancer, recorded by medical professionals, from which researchers aim to deduce correlations between symptoms, genes, causes and treatment options.

It stands to reason, Patrick Rodler observes, that such a vast amount of data, entered in the form of logical sentences, will inevitably produce discrepancies. “In fact, there are even instances of tiny knowledge bases, containing as little as three sentences, which are contradictory in themselves, where yet experienced knowledge engineers or experts are unable to identify the error, still less to remedy it. This is the point where our methods provide assistance.” Following an automated process, these methods reduce the complicated problem of error detection to a sequence of true-false questions, such as “Does every tumour cause pain?” These questions are submitted to a qualified expert for evaluation; in this case it would be a doctor who interacts with the system. The expert’s responses subsequently prompt a gradual limitation of possible errors. For this process to work as intended, it is essential to provide the user with an optimal level of support accompanying the interaction with the diagnosis tool. “Our newest procedures permit the highly efficient generation of easily comprehensible expert questions, and automatically adapt the content of these questions to the available expert knowledge. What conventional methods do in hours, our system can achieve in a fraction of a second”, Rodler elaborates. This saves valuable time for the experts, and reduces the amount of effort required on their part. “One way of picturing our systems is to imagine a metal detector that is searching for the famous needle in a haystack.”

Knowledge bases of this type are formulated with the help of logical languages. Although these cannot be used to express quite as much as in a natural language, their formal character nonetheless allows systems to automatically draw conclusions, establish correlations, extract relevant information, or answer complex questions. “They offer a way to realise artificially intelligent medical systems.” To give an example: If the availability of data about the symptoms, genetic dispositions and treatment methods for a particular type of cancer is good, it is possible to calculate what the best recommendation for a new patient might be. “The sum of knowledge thus creates enormous added value – provided that the underlying knowledge base is flawless.”

Knowledge generated at the Department of Applied Informatics is gaining currency across the globe: Working in collaboration with his colleagues, Patrick Rodler has developed a plug-in for the “Protégé” programme, the most widely used Open Source tool for knowledge base engineering worldwide, which boasts around 330,000 users. The plug-in has already reached a download tally of roughly 37,000.

Error detection in knowledge bases is only one of several practical applications, which Patrick Rodler is working on. He is generally interested in “artificially intelligent error detection in the broader sense”. This means that the technologies developed are endowed with broad applicability – be this in hardware systems (i.e. computer chips or cars), in software programmes or in planning systems (for transport logistics, for instance). The methods can be applied to any system that can be appropriately modelled, where errors need to be detected and remedied.

The notion that knowledge as a commodity expands when it is shared is a belief that Patrick Rodler also holds as a teacher: “I love teaching. In my courses, I endeavour to treat complex content in such a way that everyone can understand it. Because I also had to learn these things in the past, I pay particular attention to providing good explanations for aspects I once struggled with myself. I consider the objective achieved, when my students are quicker to grasp things than I once was.” Originally, Patrick Rodler wanted to study languages, but decided to tackle Technical Mathematics first, and later added Informatics. He currently holds Master’s degrees in both Mathematics and Informatics, as well as a doctorate in Informatics – having achieved top grades in all subjects in all these studies. In January he received a “Recognition Award 2013-2016 of the Austrian Society for Artificial Intelligence” for his Master thesis “A Theory of Interactive Debugging of Knowledge Bases in Monotonic Logics”. Any person treading a path of this level of intensity also needs to find the right kind of balance. “My family provides the best environment that I can possibly imagine. I’m also a regular and keen sportsman.” As such, Patrick Rodler has two Carinthian Academic Football Championship titles to his name. To him, his work in teaching and research “feels a lot like a hobby. I hardly ever mind getting stuck in, even if it’s the weekend.” Quite often, he finds himself reading specialist literature in his leisure time. “There are simply so many interesting things to discover and to know”, Rodler explains.

When asked about the many bleak future scenarios involving artificial intelligence as depicted on TV, he responds as follows: “I firmly believe that the number of scientists who strive to advance artificial intelligence for the benefit of mankind will always be greater than the number aiming to exploit it for criminal purposes. Thus, ‘good AI’ should hopefully always manage to keep a step ahead of ‘bad AI’. That is why I am pretty optimistic about the future developments in this field.”

A few words with …Patrick Rodler

What would you be doing now, if you had not become a scientist?
Presumably something that I find rather less fascinating.

Do your parents understand what it is you are working on?
Not in detail, but at the abstract level, yes they do.

What is the first thing you do when you arrive at the office in the morning?
I don’t really go in for rituals, I enjoy variety.

Do you have proper holidays? Without thinking about your work?
Absolutely! That’s often when I have the best ideas…for my work. 🙂

What makes you furious?
Injustice, deceitfulness, attention-seekers and grandstanders.

What calms you down?
Good music (though rarely of the calm kind), sports and a round or two of Memory with my young son.

Who do you regard as the greatest scientist in history, and why?
It’s difficult to pick a single person, particularly as history is so rich, with many brilliant minds. Basically, I appreciate any scientist who places emphasis on excellent research, especially in times such as these, when appearance often outweighs what truly is, and when quantity in science is a highly regarded aspect.

What are you afraid of?
Right now, nothing.

Conflict as part of a European democracy