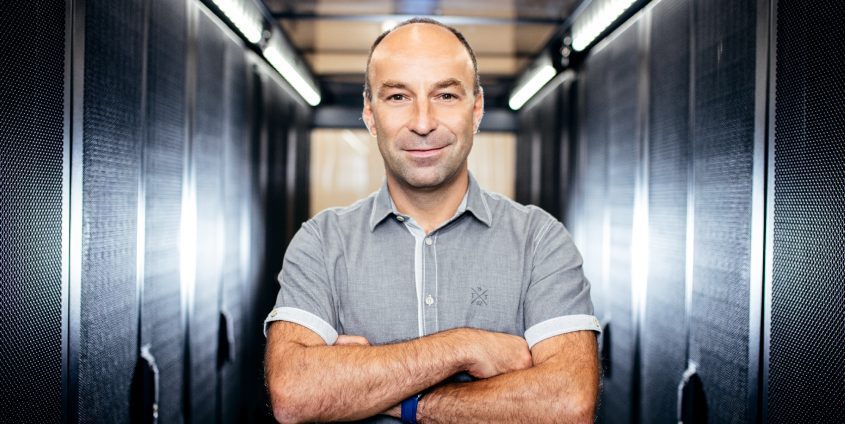 Earlier this year, it became painfully clear to many in Europe that the supply of face masks, gloves and protective overalls is by no means crisis-proof. A research team consisting of Austrian and Chinese scientists is now working on new technologies that will address different levels of the supply chain and will ultimately lead to the faster, more efficient and cheaper supply of protective equipment across Europe, even in times of crisis.

Some 50 billion euros will be spent on medical protective equipment worldwide this year. Of that, around eight billion euros could be saved by optimising transport, and another 5 billion euros or so might be lost due to delays in payment transactions, according to the predictions of the ADAPT project research team. This money is often lacking in the health system and could be used more effectively there. Under the leadership of Radu Prodan, researchers from the Department of Information Technology, together with a team from the Institute of Automation at the Chinese Academy of Sciences, will now jointly develop an adaptive and autonomous decision-making network to support all stakeholders along the supply chain.

Radu Prodan sees a need for optimisation on numerous levels: “Today, much of the information is still exchanged by phone and e-mail, crossing time zones, which leads to higher costs and takes longer: It proved very tricky to continuously reconcile the quantities that can still be produced by Chinese factories and the quantities European hospitals will ultimately receive in a timely manner. While factories in one location are overwhelmed with work, others are only working at partial capacity. Transport capacities over land and in the air do not always match what is actually needed and the import of protective equipment is subject to lengthy checks to ensure compliance with certification standards. All of this delays billing and ultimately also slows the flow of funds between trading partners.”

The aim of the research project is to provide a joint blockchain solution. There is a wealth of data to be processed in this network: The capacities of supply, demand and transport, real-time certification checks and production documentation, and opportunities for decision-making at all levels. According to Radu Prodan, the blockchain technology offers decisive advantages in this regard: It can ensure transparency across the entire supply chain and render many time-consuming individual steps in coordination, transport and technical processing even more efficient.

This enhanced efficiency is urgently needed, Prodan adds: “Supply chains are often slow and devour far too much money. A shared and comprehensive IT solution could significantly improve the situation in the future, saving many lives thanks to a more reliable and better supply of medical protective equipment.”

Preliminary work on ADAPT (Adaptive and Autonomous data Performance connectivity and decentralised Transport decision-making Network) was initiated during the first COVID 19 pandemic in Europe in the spring of 2020 and is more relevant today than ever before. Alongside the University of Klagenfurt and the Chinese Academy of Sciences, the Johannes Kepler University of Linz and the companies Logoplan – Logistik, Verkehrs und Umweltschutz Consulting GmbH and Intact GmbH are also involved as project partners. The project has a budget of around 570,000 euros and is scheduled to run for two years. ADAPT is largely funded by the Austrian Research Promotion Agency FFG.

Foto: aau/MüllerWho do we make good decisions with?