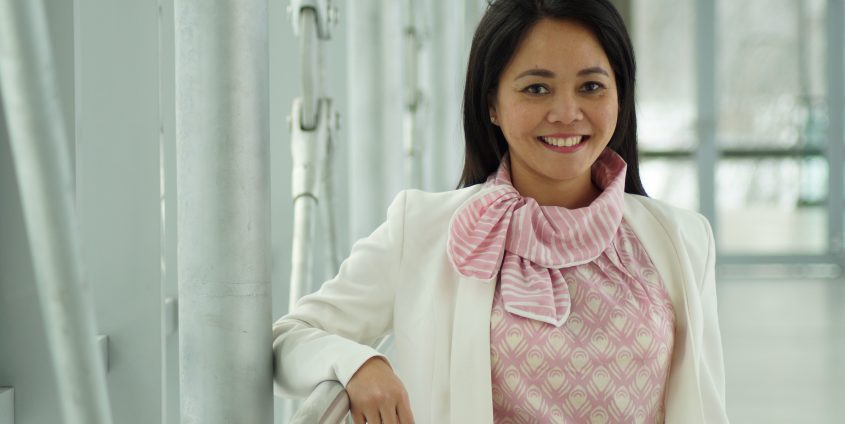 Zulaicha Parastuty investigates how entrepreneurs exit from companies:  Her studies have revealed different circumstances and effects in relation to the affected individuals. She is due to complete her doctoral thesis on this subject in the spring.

For many, the lack of success carries the taint of failure or inadequacy; and thus of social decline. Only a fraction of Zulaicha Parastuty’s interview partners assumes that failure can also represent the start of a learning process that can lead to the emergence of many new opportunities. “The ending of a business is perceived as something sad”, she explains. The economy needs entrepreneurs, but during the early years, many of these have to accept that they face numerous unexpected difficulties. Taking a global view, a total of 40 to 50 per cent of companies are closed during the first five years. Not all of these should be regarded as failures: A handful make a profit by selling their company to those who hope to turn it into a promising larger enterprise, others take a short, inactive break for personal reasons. The careers of the entrepreneurs who perform an exit are similarly diverse: Some found new businesses, others join the labour market as individuals available for employment.

“We want to know what individuals take with them when they go through an exit, either going into a new business venture or into employment. We are interested in finding out what is gained from the experiences, not least against the background of the human capital theory. If the experiences are not utilized, they represent a loss, which would be sad”, Parastuty elucidates. Given these circumstances, learning is a particularly complicated process, and one which she is examining very carefully. Specifically, there are two questions, which serve as heading to her research efforts: Are those who fail also likely to meet failure repeatedly later on? Or does success build on previous failure that is accompanied by the relevant learning effects? To date, the answers to these questions continue to elude her, but she hopes to discover more through further studies.

When asked about the cultural classification of failure, Zulaicha Parastuty tells us that many of her interview partners are very reluctant to talk openly about failures. Many struggle, when talking about the experiences associated with failure. In the USA, to give one example, this is not the case. Here, failures are “part of the game”. Amongst other approaches, she has managed to establish contact with individuals who have exited from a business venture within the context of a study supported by the Anniversary Fund of the Austrian Central Bank, which involves the collection of long-term data about companies, starting from the moment of their foundation. Additionally, in Carinthia, there is a cooperation arrangement with the Chamber of Commerce, which allows her to contact closed and temporarily inactive companies. Parastuty’s recommendation for future entrepreneurs is that they should consider the notion of an exit, even while they are founding a business: “It might help them to arrive at a very clear idea of what they want to achieve with the business. With most traditional companies, the intention is that they will remain privately owned or family owned in perpetuity, but particularly in the case of young start-ups in the technology sector, the purchase by larger companies is very common indeed. However, most people don’t give this any consideration at all at the start of the venture.”

During her academic career, Zulaicha Parastuty has encountered a variety of entrepreneurship cultures: Originally from Indonesia, she joined Delft University of Technology in the Netherlands. Here, she was able to conduct her research focusing on entrepreneurship within the EIM, a Dutch “Business and Policy Research” Institute. She subsequently returned to Indonesia, conducting research and teaching at the University of Surabaya for a period of six years. In 2012, she accepted a position as project assistant at the Department of Innovation Management and Entrepreneurship at the Alpen-Adria-Universität, where she will stay until 2019, if not longer. For Parastuty, this is a dream come true: “While I was studying in the Netherlands, I visited Switzerland on one occasion, and was immediately fascinated; I loved the mountains and the natural environment. At the time, I told my friends: This is it, this is where I want to live. But at the time it seemed highly unlikely to everyone that I would discover a university in such a landscape, where it was also possible to conduct research in the field of entrepreneurship. However, my work in Klagenfurt has turned this dream into reality”, she tells us enthusiastically.

Zulaicha Parastuty would like to remain in the realm of research; this means that she is very open to whatever the next step may be. And yet, for young families such as hers the academic path is frequently beset by challenges: “The short-term contracts are rather tricky on the one hand, but on the other hand they force us to move elsewhere and to expand our personal horizons. I value the experiences I gained in the Netherlands and in Indonesia enormously.” Parastuty intends to keep learning; above all about the learning experiences of entrepreneurs. This goes as far as the question: Is there such a thing as a special wisdom, which grows from the experiences of the entrepreneurs, including those who have suffered failures?

What career would you have chosen, if you had not become a scientist?

Difficult question… hmm. Maybe I would have become a writer about travel, art, food and culture. Or a photographer.

A little bit. At least they know that my research area is entrepreneurship. Yet, they always think that I am still working on the field of engineering or technical sciences J

What is the first thing you do when you arrive at the office in the morning?

While waiting for my computer to be ready, I usually talk to my colleague.

Not really. I often sneak in some work during my holiday.

Dealing with someone who is having negative thoughts.

What calms you down?

When I know I will get help with solving my problem.

Nikola Tesla. He possessed various knowledge and skills of science and technology which enabled him to invent many things.