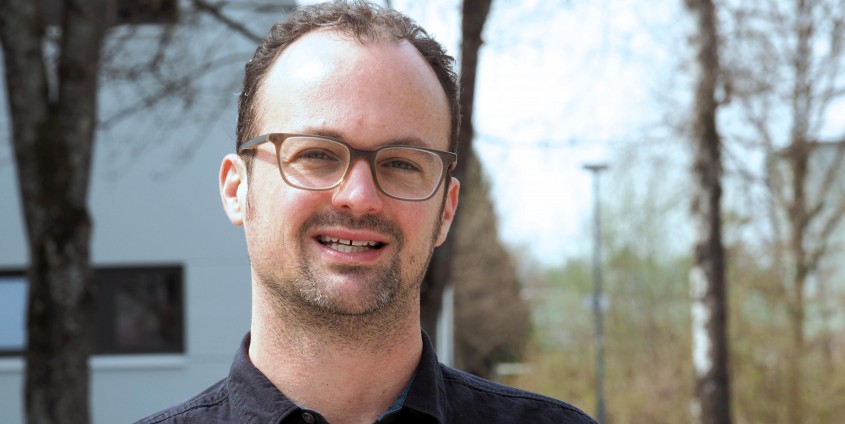 Andrew Urban is an Associate Professor at Rutgers University New Brunswick in New Jersey. In his work as a historian at the Department of American Studies he places a particular focus on the history of laborers and migrants. As Fulbright Fellow, he is spending the summer semester of 2019 at the Department of English and American Studies in Klagenfurt.

For Andrew Urban, the present is full of history: Among the students he teaches in New Jersey, 32 per cent are “first generation academics”, and many have a migration background. His own family did not come to the USA until the early 20th century: They were Austrian-Hungarian nationals, and at the start of the First World War they left Galicia on the border between Poland and Ukraine, to flee to the United States. “When I was growing up, I was repeatedly reminded that my family had not lived in the USA since the Mayflower, but instead we came much later”, Andrew Urbans recounts from his personal migration history. His is a multi-layered view of the narrative of the United States of America as a country of immigrants: “Even in the past, the influx of migrants from certain regions of the world was restricted time and again. At the start of the 20th century, for instance, it was very difficult for people from Asia to enter the USA. In the 1920s, strict limitations were applied primarily to immigrants from Southern and Eastern Europe.” The story we tell needs to become more complicated, he explains, in order to adequately represent the reality. Today, his research revolves around the lives of migrants and laborers, while always maintaining a strong link to the present. “History should be useful for our lives today; only then does it make sense to deal with the past”, Urban summarizes the concept of “usable past”.

Andrew Urban is spending the summer semester of 2019 at the University of Klagenfurt as Fulbright Fellow. Here, together with his students, he is investigating the history of displaced persons and refugees who were kept in Carinthian camps. One of the aims of this work is to show how the history of refugees after the Second World War became part of the Austrian public memory.

We ask Andrew Urban to give us his thoughts on why migration is seen as a more serious problem today, compared to the past few decades: “We are lucky to enjoy many aspects of globalization: We are widely connected, we can purchase goods from all over the world and sell them globally, we can listen to music from the other side of the globe, and we can go online to join live sports events that are happening on other continents. And yet, at the same time, we harbor deep concerns with regard to the migration of people. There is also a great deal of irony in economic history: We are proud of the economic success of the Western world, but we remain unaware that this success is based on the exploitation of others. I cannot offer any simple answers to the questions of the age, but I do believe that we must both acknowledge and thoroughly address the contradictions”, he goes on to say.

The historian, who once wanted to work as a journalist and whose early professional career involved the job of knowledge transfer in museums, considers it a responsibility of research to create appropriate spaces for dialogue with citizens. According to Urban, it does not make much sense for his articles to have a readership of only 30 people. Instead, the aim should be to make himself and his topics relevant beyond the borders of universities. This explains why Andrew Urban likes to contribute to exhibition projects, produce podcasts and make documentaries. As he tells us, these are the things he would like to continue to do in his scientific field in the future.