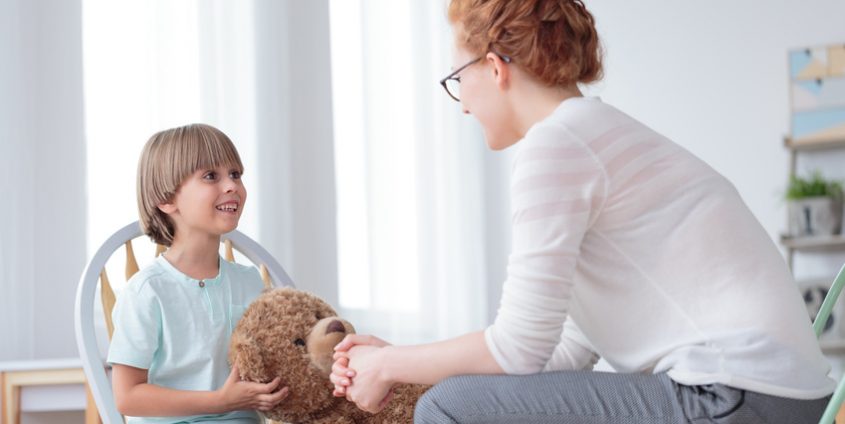 Nearly half of all psychological disorders can be traced back to the early years of the affected individuals, i.e. to the time before they reached the age of 14. In adulthood, this frequently leads to chronic illnesses, which may in turn exert negative effects on the individuals’ social lives, economic productivity and quality of life. A new project supported by H2020 (European Union) aims to prevent the occurrence of these illnesses during the childhood years. The project’s geographical focus lies on Southeast Europe.

“In order to protect children, interventions targeted at the parents can offer a useful approach”, the project’s lead scientist Heather Foran (Department of Psychology) explains. In many cases, children’s psychological symptoms, and behavioral problems in particular, can be prevented. By focusing on children, it is hoped that a general reduction of mental illnesses can be achieved in the affected low and middle income (LMIC) countries.

The research team involved in the RISE project (Prevention of child mental health problems in Southeastern Europe – Adapt, Optimize, Test, and Extend Parenting for Lifelong Health) is working to establish a systematic empirical process, which can be used to study the implementation, dissemination and sustainability of the parental training program. Heather Foran elaborates: “We will tailor the contents and the materials to the specific needs of LMIC countries, test different versions of the program to determine which is the most effective and cost-effective, and then evaluate the optimized version in a randomized study. Our interest here is focused not only on the individual, but also the contextual influences on child mental health and program sustainability.”

The basis for the research is an intervention program that has been specifically developed for framework conditions with limited resources and that has already been tested in other LMIC countries. This program is called “Parenting for Lifelong Health” (PLH); it is one of the first programs to offer early prevention measures designed specifically for these countries. As part of the project, the team will be conducting studies in three of Europe’s poorest countries located in the continent’s southeastern regions.

The team based in Klagenfurt is taking the lead in the area of “assessment and data analysis”. Working closely with partners at the Technical University of Braunschweig (coordinator) and the University of Oxford, the Klagenfurt team will also support the overall project management. The H2020 project is carried out as a cooperative effort involving 9 institutions (from eight different countries). The study has been divided into three stages; initial results are expected towards the end of 2018. This funded EU H2020 project is part of the “Global Alliance for Chronic Diseases” network.

sara_winter/Fotolia.com Human impacts on forests and grasslands much larger and older than previously...