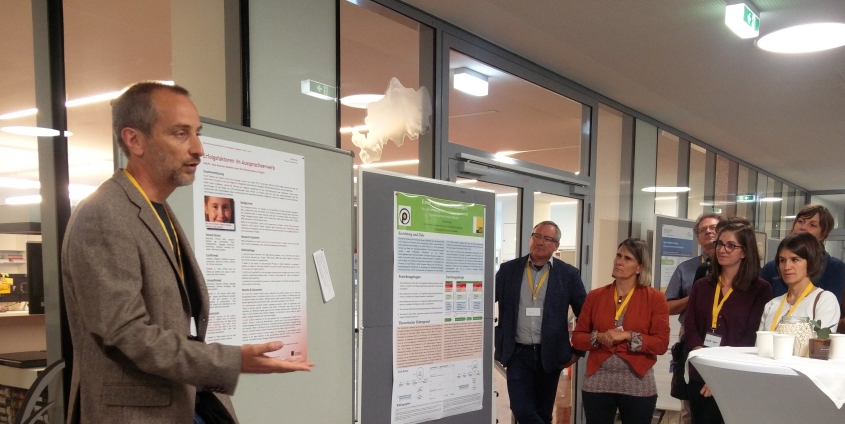 On Monday 23rd September, Senior Lecturers Gregor Chudoba and Natilly Macartney presented a current research project of the English Department at the Österreichische Gesellschaft für Fachdidaktik Symposium (ÖGFD) in Klagenfurt. The presentation of the project titled “How Austrian Students Learn the Pronunciation of English (HALPE)” took place during a poster session in the afternoon.

In a mixed methods approach, Dr Chudoba, along with colleagues from the Department of English, conducted semi-structured interviews and used questionnaires to discover what distinguishes successful learners of English pronunciation from less successful learners. Factors that were investigated included, amongst others, musicality, language awareness, motivation, sojourns abroad and learning strategies.

What factors were significant?

The findings were surprising and revealed that musicality and sojourns abroad did not feature as a distinguishing factor in the successful learners who participated in this study. However, the values of factors such as determination and ambition as well as adopting a well-structured approach to learning were all shown to be significantly higher in the successful learners.

The ÖGFD symposium, founded in 2012, brings together researchers and practitioners from a vast array of subjects, ranging from mathematics to sport. Commenting on the day, Gregor Chudoba said, “I found the exchange with fellow researchers, mainly from other universities in Austria, most stimulating. Two or three also expressed a concrete interest in co-operating on an extended HALPE project, the one we presented at the conference. Generally, critical thinking appears to be a hot topic in secondary school didactics, which is bound to find its way into university teaching, too.”

The HALPE poster is available in the gallery images below. If you are interested in the study and would like to know more, or if you would like to get involved with the HALPE project, then please contact Gregor Chudoba at gregor.chudoba(at)aau.at. 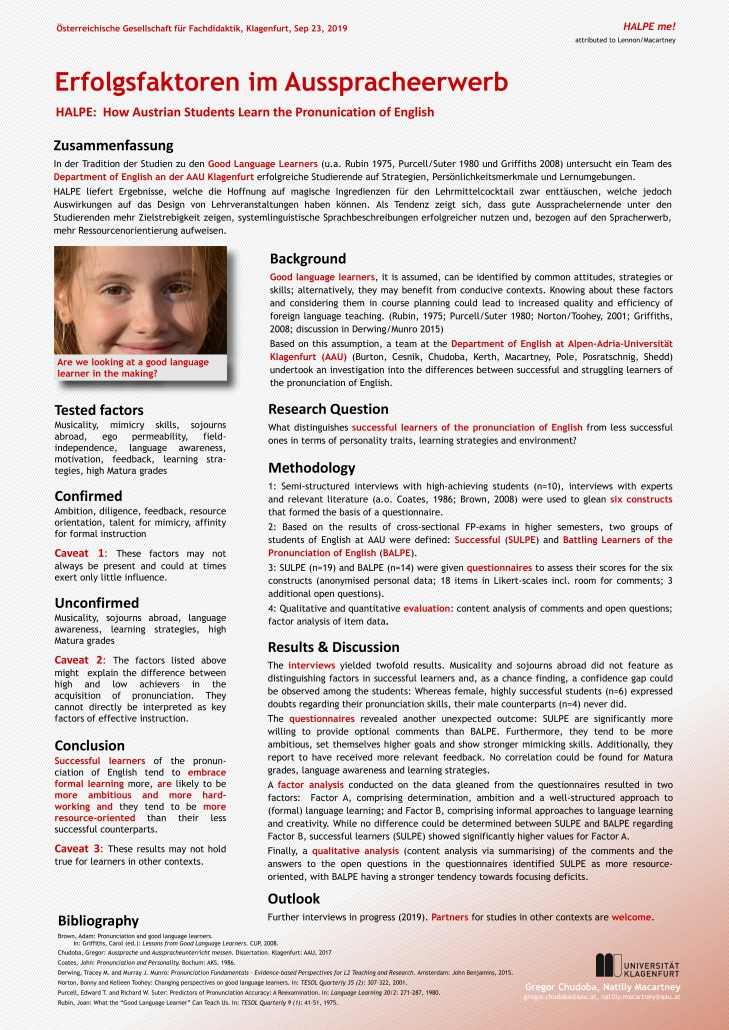