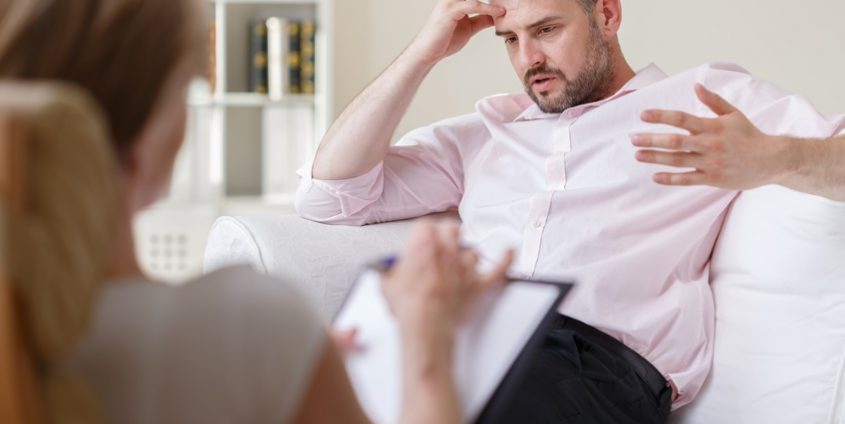 A psychotherapy appointment generally lasts for 50 minutes and is typically scheduled once a week. Psychotherapy research indicates that relevant processes are also taking place between therapy sessions. These are the subject of a new investigation by a research team around Professor Sylke Andreas and PhD-Student Thorsten-Christian Gablonski that is supported by the Anniversary Fund of the Oesterreichische Nationalbank, with the aim to use the findings to develop an application capable of recording, monitoring and promoting these so-called intersession processes.

“When we offset the actual therapy time against the average waking hours, we find that the therapy time only has a very minor share”, lead scientist Sylke Andreas (Department of Psychology) explains. Current studies looking at the so-called “intersession processes” give rise to the assumption that a more intensive exploration of the time between psychotherapy appointments might be worthwhile. The term was coined by the psychotherapy researchers David E. Orlinsky and Jesse D. Geller and describes the processing of the therapy and of its contents in the period between the separate therapy sessions, as well as all spontaneous and intentional thoughts, emotions, memories, and phantasies relating to the therapy and to the therapist.

As previous studies show, these intersession processes are linked to the success of the treatment and the therapeutic relationship. Describing the objectives of the recently launched project, Sylke Andreas explains: “In a first step, we want to examine the precise correlation between the processes that occur during the therapy session, and the subsequent intersession processes, in order to identify patterns of interaction, which may be able to provide information about the promotion or repression of the intersession processes.”

Building on this, the team aims to develop an app that can record, monitor and promote the intersession processes of patients. Thorsten-Christian Gablonski presents the following prospect: “It is intended that the app can additionally be used as a mentoring function for the therapists. With the assistance of the app we hope to incorporate the intersession processes into the psychotherapeutic process, economically and simply, to optimise the therapy and – above all – the result of the treatment.” The project is scheduled to run for three years, which means that initial results can be expected from 2019 onwards.