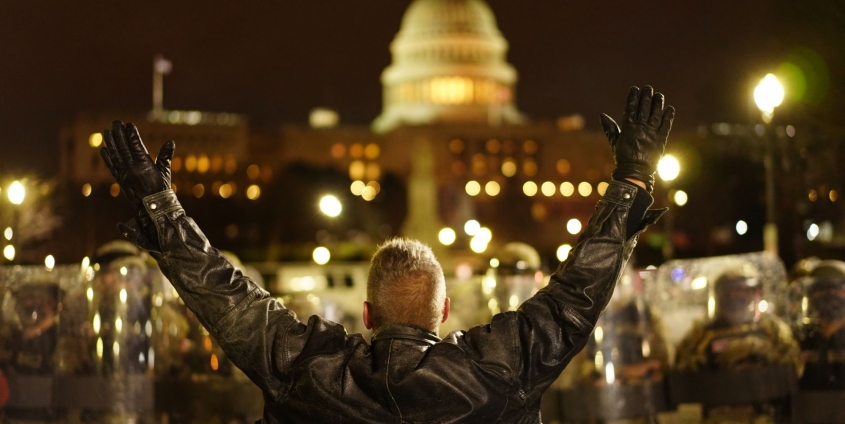 Social discourse is becoming increasingly heated and radicalised. Why is it that the movements that threaten democracy are more successful in drawing people in than those seeking to promote democracy?

“Research based on the pan-European Eurobarometer data shows that people who are especially active on social media are also more likely to engage in civic activities,” Josef Seethaler tells us. He is a media scientist at the Institute for Comparative Media and Communication Studies, which belongs in equal measure to the University of Klagenfurt and the Austrian Academy of Sciences. As a starting point, he encourages us to view this potential commitment in a neutral light. Essentially, these people can choose between two paths: They might join communities that promote democracy or communities that threaten democracy.

Examples from the recent past, such as the storming of the US Capitol but also the anti-Corona demonstrations show: Radical forces seem to be more successful in reaching out to these people and involving them in their activities. According to Josef Seethaler’s proposition, the media, in their capacity as important actors within a democracy, also have a duty to serve as points of contact for this involvement. In his view, the restrictions imposed on the ORF in Austria with regard to social media activities, to give just one example, are “a disaster in terms of democratic policy” as far as this issue is concerned.

“Journalism has to adapt its self-image and its goal orientation to the changing conditions of media use.”
(Josef Seethaler)

A large proportion of the people in Austria express a preference for more active participation in democratic processes. This also entails a shift in the use of media. According to Seethaler, what we need is ‘participatory journalism’: “Journalism has to adapt its self-image and its goal orientation to the changing conditions of media use,” he goes on to explain.

As a general rule, the media have two functions: They have to inform and they have to place events in wider contexts. At the same time, however, they ought to present information in such a way that media consumers can incorporate it into the context of their lives in a meaningful way. Josef Seethaler cites the Corona crisis as an example and notes that at the peak of the second wave in November/December 2020, around 40 percent of people thought the measures adopted in response to the pandemic were excessive. “We are presented with statistics on the number of infections on a daily basis. However, the media have only partially succeeded in explaining that the current health crisis affects each and every one of us and that it is our collective responsibility – not just that of politicians – to overcome it.”

He sees the need for a lot of catching up in this respect. Josef Seethaler argues: “Media must see themselves as part of civil society.”  This is not about letting people attack each other in more or less carefully moderated forums, but rather about identifying local or regional opportunities for people to network and get involved, for example with NGOs. He mentions non-commercial offerings such as Radio Agora in Carinthia as good examples. Some traditional media are also increasing their efforts in this regard, and yet: “All of this also needs proper support in terms of media policy, for instance in the form of subsidies.”

Foto: Daniel Waschnig“You are not alone.”