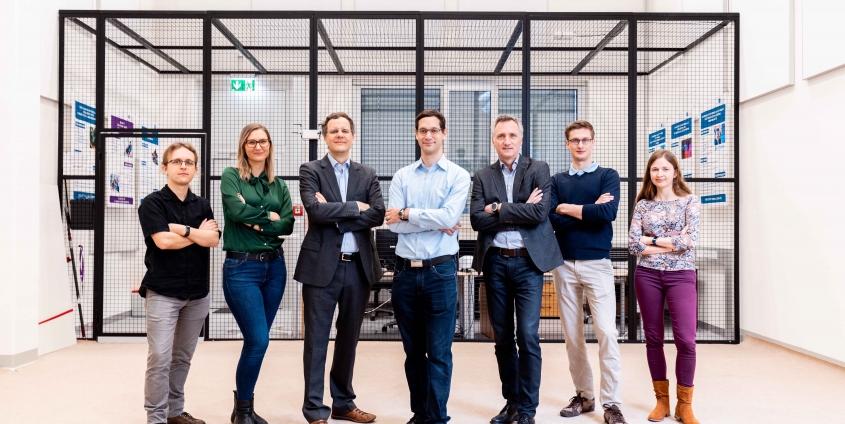 Researchers investigating autonomous drones can now use a cutting-edge research infrastructure at the University of Klagenfurt, measuring up to 150 square meters and a height of ten meters. This is a tremendous boost for the “Drone-Hub Klagenfurt”, already known for hosting some of the world’s top players in the field.

“The development of technological innovations is contingent upon the availability of suitable infrastructure. The scientific study of autonomous drones faces major logistical and technological challenges, not least because air traffic in this country is particularly dense and it is difficult to conduct test flights in many parts of the country. This means that we need safe spaces such as this Dronehall, which has a maximum capacity of 1,300 cubic meters, offering our research teams the ideal conditions in which to test new technologies”, Stephan Weiss of the Institute of Smart Systems Technologies explains. He heads the group “Control of Networked Systems”, which specializes in studying and developing new flight technologies for autonomous drones, including camera-based navigation without GPS.

One key aspect of the research work concerns the ability to pinpoint the drones accurately and to record their position with utmost precision. At the Dronehall in Klagenfurt, this is achieved with the aid of 37 highly accurate cameras, which use infrared LEDs to track every single movement anywhere in the hall.

He believes that this kind of infrastructure is not only essential for teaching and research at the University of Klagenfurt, but that it also offers attractive opportunities for other institutions and for companies. Weiss is convinced: “Opening up the hall for external users will bring valuable insights and expertise for everyone involved, allowing us to jointly define the (drone) technology of the future.”

New technologies for drones and swarms of drones have been the subject of intensive research efforts in Klagenfurt for more than ten years. For instance, in collaboration with the emergency services such as the fire brigade, researchers have advanced the development of overview images that are captured (and processed) by drones. Another important area of drone research at the University concerns the coordination between drones, i.e. the idea of getting drones to fly in a self-organized manner and without central pre-programming – much like flocks of birds in nature.

In 2017, the University of Klagenfurt established the “Karl Popper Kolleg”, a centre for research and doctoral studies with a focus on “Networked Autonomous Aerial Vehicles (NAV)”. The centre combines the four research groups Networked & Embedded Systems (Christian Bettstetter), Multimedia Communication (Hermann Hellwagner), Pervasive Computing ( Bernhard Rinner), und Control of Networked Systems (Stephan Weiss, speaker). As such, NAV forms a central hub at the university for the purpose of drone research, with around 30 researchers working on site.

To best prepare young researchers for the challendes in drone research, the Master’s degree programme in Information and Communications Engineering with the branches of study “Autonomous Systems and Robotics” and “Networks and Communications” is offered as part of the University of Klagenfurt’s attractive range of programmes geared towards interested computer scientists.

Studying technology at the University of Klagenfurt

Research and teaching excellence is what sets the University of Klagenfurt’s technology programmes apart. Established in 2007, the Faculty of Technical Sciences prides itself on its exceptional student-supervisor relationships, which facilitate continuous, profitable exchange between tutors and students at all levels. Our technology programmes, which have a large practical component and focus on our key strengths (e.g. Informatics, Information Technology and Technical Mathematics), open up a world of opportunities for our students. And if you decide to take a Joint or Double Degree, you can also gain new experience overseas by taking a semester abroad or attending a summer school. More

All images can be used free of charge for reporting on the drone hall (photo credit: aau/Daniel Waschnig). 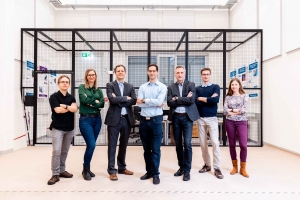 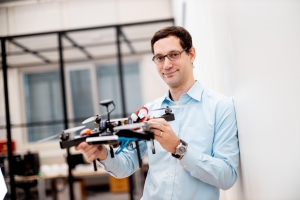 Stephan Weiss in the Dronehall 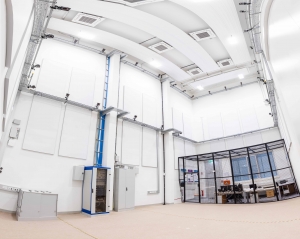 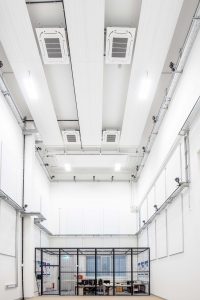 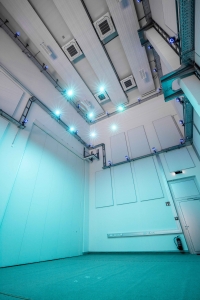 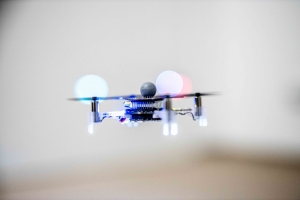