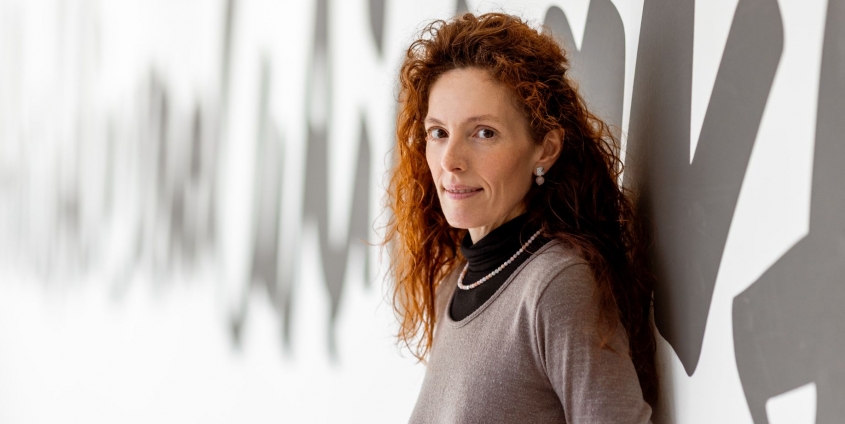 “Firstly, you are not alone – you will hear us and see us daily as we guide New Zealand through this period”, these were the words of New Zealand’s Prime Minister Jacinda Ardern in March 2020. At the same time, the French President Emmanuel Macron declared war on the coronavirus with “Nous sommes en guerre.” We interviewed linguist Marta Degani to talk about different linguistic strategies in politics.

Political actors across the world went to war against COVID-19 in the spring of 2020. Did they succeed?
Addressing the virus through the use of martial language has drawn widespread criticism from linguists and public health communication experts. This metaphorical language of war seems to generate excessive anxiety among patients affected by the disease and in the population at large. It is also used to legitimise authoritarian measures taken by governments. At the level of the individual, it can evoke a sense of loss and incapacity in those who are unable to “beat” the disease. This is why some linguists, including Elena Semino, propose the use of the fire metaphor as an alternative conceptualisation of COVID-19. Using fire as opposed to war is a way of articulating  aspects of a virus that can cause damage and spread, but fires can also be extinguished and contained.

Are there any positive examples of politicians dealing with the Corona crisis in linguistic terms?
I have been studying the linguistic strategies employed by Jacinda Ardern in response to the crisis. New Zealand is recognised internationally as having been extremely successful in dealing with the pandemic. This is not only due to a highly restrictive and rapidly actioned policy of pandemic management, but most likely also a result of the way in which the measures were communicated. Ardern portrayed her government in the role of a protector. In her official communication, she puts people and their interests first and displays empathy in the sense of emotional closeness. The message is: “We care for you.” or “We are doing all of this for you.” Ardern presents herself with messages like “I feel close to you.” or “I share your feelings.” Hierarchical distance between political authority and citizens is reduced. What the data from this study shows is that Ardern empowers people to cope by consistently praising them, demonstrating confidence and expressing gratitude.

What you are describing resembles an affectionate parent. Is this an idea that is encountered frequently in political language?
Politics is language. When we look at framing as an essential component of political communication, we can see how politicians construct reality through language in ways that reflect their values, their beliefs and their ideological inclinations. In the 1990s, the linguist George Lakoff suggested distinguishing between two different cognitive models: metaphorically, one is referred to as the “strict father” model and the other as the “nurturant parent” model. Conservatives tend to be the metaphorically strict fathers who are prototypically authoritarian, believe in order, obedience and hierarchy, are willing to punish those who lack discipline and expect citizens to be independent and self-reliant. In contrast, progressive politicians are metaphorically seen as nurturing parents. In prototypical terms, they are empathetic and supportive, believe in cooperation, are open to discussion and willing to consider other opinions while also being sensitive to people’s needs. This theory is very helpful in revealing correlations between ideological attitudes, political behaviour and the use of language.

Arguably, in terms of language, the most striking figure on the global political stage in recent years has been Donald Trump. Using his example, what strategies might we identify?
Let’s take the example of the debate surrounding the “environment”. US conservatives typically conceive of nature as serving humanity and thus as an important resource for human prosperity and profit. Donald Trump succeeded in ensuring that the issue was only ranked 11th on the list of the most relevant issues for voters in the 2016 presidential campaign. A recent linguistic analysis of Trump’s environmental discourse, which I co-authored, has exposed his manifold strategies of (not) dealing with this issue.

What insights did you gain?
The study was based on Trump’s official speeches on the topic of “energy and the environment”. The first startling observation is the numerical imbalance between Trump’s use of the words environment (6 times) and energy (149 times). Meanwhile, our analysis also revealed that Trump’s notion of energy is very limited and can be summed up in three words: coal, gas and oil. In his rhetoric, Trump also makes what he regards as a positive causal link between the exploitation of fossil fuels and the economy. Moreover, he uses contradictory and incongruous expressions: When he speaks of “clean, beautiful coal” or “clean, beautiful, natural gas”, he is creating misinformation. At the same time, he consistently avoids using environmental vocabulary and dismisses the concept of global warming.

What effects did and does his language have on the population?
In his role as a politician, Trump sets an extremely negative example of the polarising use of language. Twitter provided him with a platform to spread his linguistic mannerisms. People felt legitimised to mimic these forms of political incorrectness. “He calls things as they are”, is the impression that many were left with. In doing so, he has had a divisive and polarising effect. Many US citizens see themselves as members of opposing and adversarial groups. Ultimately, his political actions and language have made life more difficult for a great many people. He depicted immigrants as intruders, enemies, criminals and animals, and painted himself as a hero defending the beleaguered fortress that is America. Following his speeches about the “China virus”, “Wuhan virus” or “Kung-flu”, we also noted an upsurge in racism and violence, in this case against Asian Americans.

Marta Degani has completed her postdoctoral studies and is a senior scientist at the Department of English and American Studies at the University of Klagenfurt. She also serves as associate professor at the Department of Foreign Languages and Literatures at the University of Verona. Her research focuses specifically on bilingualism and biculturalism with reference to New Zealand and on the analysis of political discourse within the framework of cognitive semantics and discourse analysis.