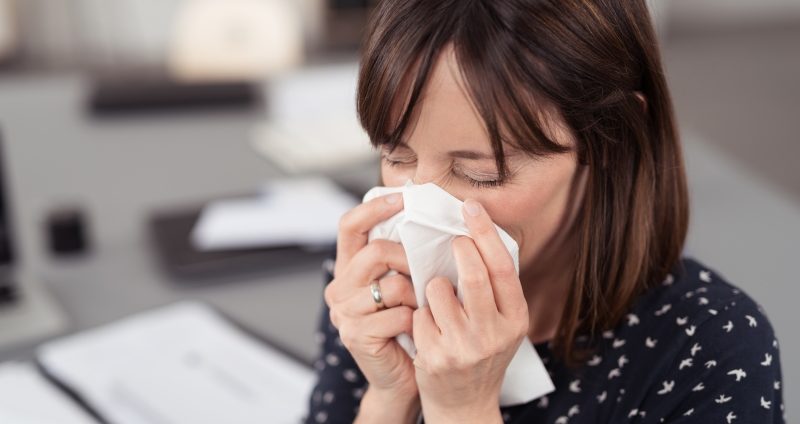 “Presenteeism” is the term used to refer to the behaviour of people in employment who go to work despite being ill. This widespread phenomenon has far-reaching consequences, not just for the individuals concerned, but also for the companies and for the entire economy. Heiko Breitsohl is working to create a greater awareness of this tricky issue.

Workers’ organisations regularly sound the alarm, because people are going to work despite being unwell and it is happening far too often. The German Felix Burda Foundation has calculated a resulting shortfall in value added amounting to nine per cent of the German GDP; transferred to Austria, this would be the equivalent of 30 billion Euro per year. According to the latest AK (Chamber of Labour) Occupational Health Monitor (ifes survey 2017 for Upper Austria), at times 33 per cent of employees in Austria go to work even though they are ill. The survey, which has been conducted twice a year since 2008 and covers 4000 individuals, also reveals that this value was significantly greater during the economic crisis in 2010, climbing as high as 45 per cent.

“This and similar studies show that the economic costs of presenteeism are considerably higher overall than is the case for absenteeism, i.e. staying away due to illness”, Breitsohl confirms. This behaviour, albeit often well-intentioned, causes great harm. “People who are ill are not able to perform as well and are prone to making more errors. Then they realise that they need to spend a few days recuperating at home after all. First, there is a loss of productivity due to illness, then due to absence. In the case of some illnesses, lengthy periods of treatment are additionally required at a later date. Individuals suffering from a contagious disease can infect their colleagues and customers. In the catering and food sector, meals and food products can become contaminated, and so on.”

For the organisation, presenteeism is associated with productivity losses and the resulting costs, as those employees who work when ill are unable to sustain their usual levels of productivity. On the individual level, presenteeism results in a deterioration in health and consequently to longer periods of downtime.

What leads to presenteeism?

Breitsohl points to a broad bundle of factors. Presenteeism can be related to the person’s close ties to the company. This attitude has many positive aspects, but it can also produce negative consequences, such as a (voluntary) deterioration of the work-life balance or the (deliberate) misjudgement of ill health. One of the fundamental problems with presenteeism is that, at first, it is only the employee who notices that she/he is unwell and makes an individual decision for her-/himself: “One gets up in the morning, has obvious symptoms and realises that one should remain at home. And still, one goes to work.” The employer, on the other hand, usually has clear rules which define when a sick employee can be sent home. He/she attempts to estimate how much work there is and whether this person can be replaced at this particular moment. Conversely, most companies usually have very strict rules prohibiting absence. From his investigations into this issue, Breitsohl knows that the phenomenon of presenteeism is ubiquitous: “The company where nobody goes to work despite being ill simply does not exist. Also, it is not necessarily a problem in every single instance, but it is the sheer volume that produces the effect – as the unions and social insurance agency are well aware.”

Breitsohl attests that on the part of the employers too few are endeavouring to address the issue of presenteeism, or that they explicitly do not wish to do so. He tells of his experience with a large health business in Germany, to whom he had proposed a study investigating the problem: “They simply did not care to discuss it, arguing that it wasn’t an issue for them. In other words: The problem does not exist, as long as it is not addressed.” Alternatively, the wrong kinds of incentives are offered, such as bonuses for low numbers of sick days. According to Breitsohl, relevant data are scarcely ascertainable, as they are guarded like trade secrets. The primary concern of businesses is to raise profits and they believe that this can be achieved with the minimum number of sick days. “However, hardly any of them can be persuaded to believe that absenteeism permits greater profits than presenteeism”, Breitsohl believes, “and furthermore, accurate data collection and the definition of rules mean more work. A lot of what we observe is irrational.”

Breitsohl is also aware of businesses that have addressed this issue and have learned to avoid the biggest mistakes. In most cases, however, it is the prevailing corporate culture with all its informal rules, which determines whether a person will go to work despite being ill, or not. Breitsohl: “In the absence of clear rules and if staying at home is generally regarded critically, this kind of behaviour is encouraged, even without being explicitly stated.”

Who practices the most self-exploitation?

The most common reason for going to work despite being unwell is the fear of losing one’s job. This applies to temporary staff, people on fixed-term contracts or those contracted for specific work or services. They are always expected to demonstrate their total commitment and they bear a high level of risk. Breitsohl: “Where there is a lack of a secure foundation in terms of labour law and social provisions, the decision will frequently favour presenteeism.”

But there are also people who enjoy relatively secure positions, such as managing directors or university professors, who frequently adopt a poor attitude to managing their own health. Managing directors often feel responsible for the business and accept illness as par for the course. In the academic sector, research serves to advance the career, and thus it is often conducted irresponsibly. “Again and again we observe instances of irrational behaviour”, Breitsohl tells us.

The problem of measurement

Absenteeism is far easier to record than presenteeism: The person is quite simply absent. “Measuring presenteeism is a far more complicate undertaking”, Breitsohl explains. “ I have to determine what condition the person is in and how long this condition has already lasted. If there are no obvious symptoms, I cannot possible know. At times it seems as if someone is just having a bad day. At times it is deliberately concealed. To a certain extent, presenteeism is an invisible phenomenon.”

The technical time-recording systems deployed by businesses and organisations simply depict absence, but they do not capture attendance despite illness. Real figures can only be gathered by conducting studies involving the employees directly, and not by going through the employers.

The freedom to decide without compulsion

Breitsohl is critical of the lack of awareness-raising on all sides. As the initial decision is taken by the individual, the personal health management competence should be strengthened. What exactly am I suffering from at the moment, and what is the appropriate response? “People should learn to gauge themselves more accurately, to determine when they can still go to work, and when they should stay at home. Much could be achieved through information and education”, Breitsohl summarises. Furthermore, it would be ideal, “if people had the opportunity to decide freely and were neither driven nor compelled to decide under pressure. No-one can make a sensible decision while exposed to fear.”

Heiko Breitsohl, born in Stuttgart in 1978, has been full professor of Organizational Behaviour and Human Resource Management at the Faculty of Management and Economics since February 2017. Breitsohl studied Business Administration and Psychology at the Catholic University Eichstätt-Ingolstadt and at the University of Memphis, USA. A conference organized by Breitsohl and scheduled to take place in Klagenfurt in July 2018 will bring together researchers from all over the world to discuss the topic of attendance behaviour. 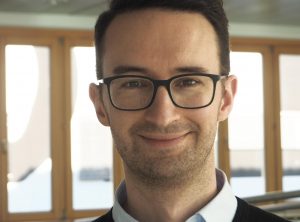 Back
Flying high with reduced weight