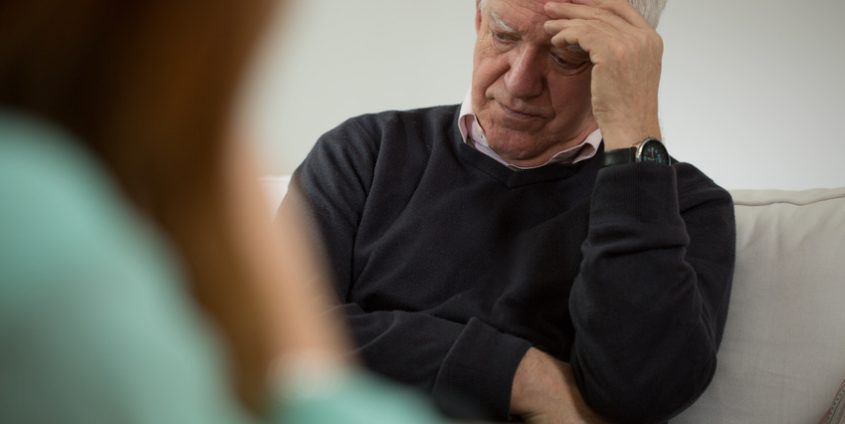 Previous studies have largely assumed that the prevalence of mental disorders declines with old age. The results of a new large-scale study with innovative diagnostic methods conducted in six European countries reveal that, considering the previous year retrospectively, approximately one third of the respondents in the age group between 65 and 85 had suffered from a mental disorder, and roughly one quarter were mentally ill at the time of the interviews. The results have now been published in the renowned “British Journal of Psychiatry”.

“We started with the assumption that valid diagnostic methods for adults are less suitable for the diagnosis of mental disorders in elderly people”, lead scientist Professor Sylke Andreas (Department of Psychology at the Alpen-Adria-Universität) explains. She coordinated the investigation together with Professor Martin Härter, Dr. Jana Volkert and Professor Holger Schulz (Department of Medical Psychology at the University Medical Center Hamburg-Eppendorf). When confronted with traditional diagnostic tools, older people soon struggle to remain attentive. What is more, the questions included in established diagnostic methods are often rather long and complicated, further adding to the difficulties experienced by the elderly.

According to Sylke Andreas, these results are cause for grave concern, particularly when considered against the background of the health services provided so far. “We need better and more reliable methods to determine whether an older person is suffering from a mental disorder. This goes hand in hand with the urgent need to establish a range of psychotherapeutic services for the elderly, which has been almost entirely absent to date.”

https://www.aau.at/wp-content/uploads/2016/09/Psychotherapie_Alter_Photographee-eu-Fotolia.jpg 566 849 Forschungskommunikation https://www.aau.at/wp-content/uploads/2015/09/aau-logo-300x110-300x110without-background3-300x110.png Forschungskommunikation2016-09-13 09:00:052016-09-15 10:15:34The prevalence of mental disorders among older people is greater than previously assumed
News-Portal of the University of Klagenfurt Back
Andrea Tonello and his former PhD student Alberto Pittolo received the prestigious...

Look to the right and left