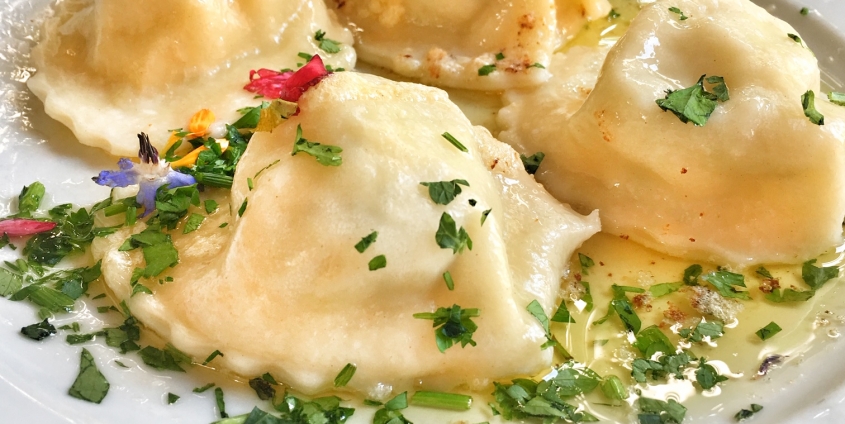 Fancy a culinary expedition through Klagenfurt? We have sampled the local delights and can share a few of our best tips with you. 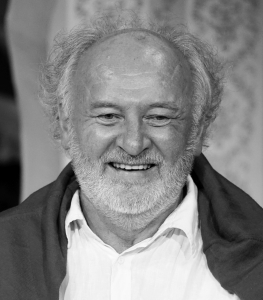 Three culinary questions for Lojze Wieser, publisher and specialist on the taste of Europe

In this country, what is typically served at Easter?

The smoked ham is a feature they all have in common. Depending on the particular region, this is accompanied by smoked sausages, pork and beef tongue, bula, hard-boiled eggs or eggs mixed with horseradish. Virtually everywhere, they eat Reindling / Pohača / Potica as well: This is a rolled yeast dough with a sweet filling of nuts, sultanas and cinnamon, prepared in an earthenware dish, the “Rein”, which is best baked in a wood-fired oven. In some valleys, the white bread is left unfilled and is then called Woazana. The Potica / Pohača / Reindling has been made throughout the entire Friulian-Slovenian-Carinthian area since the 15th century. In Friuli it is still called Gubana today, a derivative of the Slovene for “fold”. The shapes vary from elongated for Potitze (rolled) to Pohača (for white bread in general) and Reindling (round shape). This traditional Easter dish is not only an ancient recipe in which sweet, sour and salty harmonise perfectly, but also represents a dietary habit that goes back far beyond Paracelsus’ time and can be traced back to the early Middle Ages.

Where does polenta come from?

The word polenta has its origin in Latin and generally refers to small-grained food such as grated cereals. In this part of the world, polenta refers mainly to corn and in the Alps-Adriatic region it is called Frico, Fricka, Sterz or Polenta in its prepared form. Corn made its long journey to Europe starting with the indigenous peoples in America and passing through the East and Turkey on the one hand, and the West and Friuli on the other, and soon became a staple food in all households. To this day, it carries the memory of a simpler past. There are virtually no limits to the variety of combinations with other tastes, and some might find them daring, for example in some parts of Carinthia where “polenta” is eaten for breakfast as a corn porridge slathered with grits or butter and topped with a richly sweetened milky coffee.

What can be cooked quickly and is easy on the students’ budgets?

I recommend beans with stewed plum, one of the most unusual and delicious dishes from my childhood. My mother called this meal “fižol s češpeljevo marmelado” and liked to use the big broad beans for this purpose. We used to drink fresh, cold milk with it. And here’s the simple recipe: Drain the cooked beans, add to a frying pan with plenty of melted butter, allow it to heat thoroughly, stirring occasionally, and serve with self-bought stewed plums.

Where to shop and where to have food cooked for you?
Our shopping and restaurant tips

Klagenfurt’s finest and largest “grocery shop” is the Benedictine Market. Dozens of permanent stalls offer the very best produce from Carinthia’s farms and market gardens in its freshest natural state – and much of it in organic quality. The culinary outlets on and around the square transform the fresh produce into hearty or light dishes, and in any case they create wonderful delicacies to suit all tastes: from regional traditional fare to gourmet cuisine. A special spirit infuses the market on the principal market days: Thursdays and Saturdays. On these days, it is not only the Carinthian farmers who sell vegetables, fruit and meat products, but numerous vendors from Slovenia, Croatia and Italy and even as far as Sicily offer everything from Pršut to gilthead sea bream, from sauerkraut to artichokes. The aroma, the visual feast, the murmur and bustle create an atmosphere for the market visitors that far exceeds merely doing one’s shopping. Some people will stay until late in the afternoon. You can enjoy Alps-Adriatic cuisine on a grand scale here. Why not stop off for lunch at Bei Rudi’s, where you can find the famous Carinthian noodles, much like almost all Carinthian restaurants: Filled dumplings that are suitable for vegetarians and come in variations featuring curd cheese, spinach or meat. Immediately opposite in the market hall, the Kochwerkstatt offers the Italian version, tortellini, and much more in the way of the finest gourmet dishes.

The Gasthaus im Landhaushof is hardly ever closed and offers what is generally regarded as good, home-style cooking.

A few steps away, Augustin, with its hearty dishes and speciality beers brewed on the premises, is widely considered a first-class beer pub.

La Bottega, one of many Italian restaurants in Klagenfurt, is located in the Siebenhügelstraße and serves up culinary treasures typical of the Alps-Adriatic coast: seafood and prosciutto, pasta and pizza of the highest quality.

However, the greatest level of diversity and internationality is offered by magdas LOKAL: The staff here come from 10 nations and speak up to 7 languages. Hence, the menu in this arts, literature and feel-good restaurant initiated by Caritas is equally rich and colourful.

Sergey Nivens AdobestockMONEY TALK during your time at university