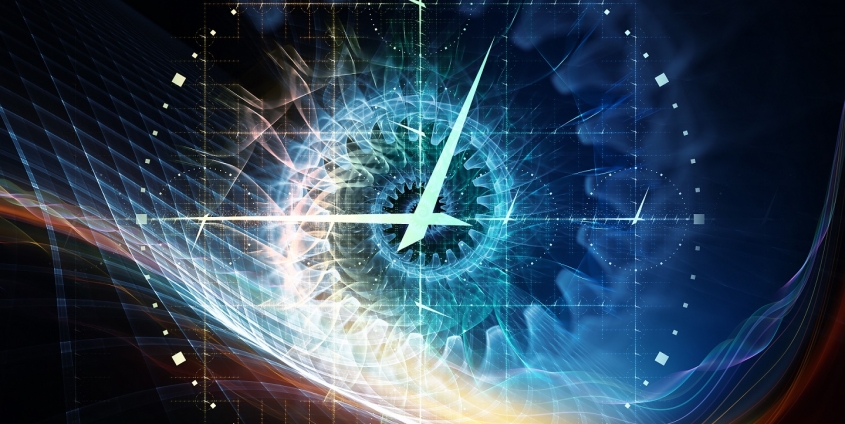 Whenever people dance in groups, fish swim in shoals and neurons fire in unison, then there is a need for synchronicity. The world has plenty of these phenomena, many of which seem almost magical. Researchers are currently working on replicating this self-organised synchronisation for use in technical systems. Yet they come up against “deadlocks”, where the synchronisation process is jammed. A recent publication in Physical Review E explores new approaches to this tricky issue.

The work undertaken by Arke Vogell, Udo Schilcher and Christian Bettstetter in this context is highly theoretical. However, we can use a human example to illustrate the point: A group of friends gets together for a night out at the pub. An argument ensues. The following day, everyone turns to a friend who could not join them that evening, let’s call her Alice, and regales her with their particular version of the argument. The arguers incessantly send messages to Alice, but they don’t talk to each other. Alice would like to settle the argument, but is unable to do so, because she keeps getting messages. The result is a deadlock; the system is jammed and no resolution can be found.

In their recent publication, the three researchers describe oscillators that repeatedly complete an internal cycle and transmit a message every time they pass a certain point. To start with, they are all asynchronous; they transmit their messages to a central point. Although they are supposed to gradually become more synchronous, the high frequency of the messages creates a deadlock, as illustrated in the example above.

“One obvious solution to the problem is to send messages less frequently, instead relying on a certain probability”, Arke Vogell tells us. He is the first author of the study and a doctoral student at the Department of Networked and Embedded Systems at the University of Klagenfurt. Provided that sufficient messages are “lost”, the deadlock will eventually be overcome. If no such solution is implemented, then in order for systems to behave in such a self-organised manner, they usually have to be very nearly synchronous to start with. According to Vogell, this is a bold assumption and one that would limit the possibilities. Hence, the team of researchers calculated the probability of a deadlock occurring in the first place. The result: “The probability depends on how strongly the systems react when they receive messages from others. If the response is weaker, there is no need for a severe restriction.” This means that in the case of a star-shaped network, systems can synchronise for a much larger number of initial states. However, referring to more complex networks, the researchers also note in their publication that there are other obstacles to overcome which prevent synchronisation.

Daniel PruggerMelanie Schranz: A woman’s journey into the realm of technology and to...