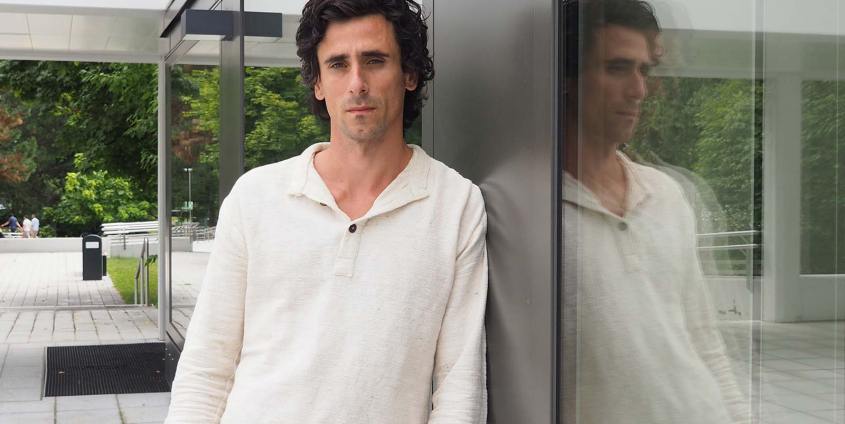 Sexual violence against women and girls is often used as an instrument of power at times of war and armed conflict. When women give birth as a result of sexual violence, the psychosocial effects are often exacerbated – not only for the mothers, but also for the children. Antonio Piolanti, an expert in Health Psychology, has delved into this issue and published two studies on the subject.

Why does your research deal with sexual violence and its victims?

By conducting these studies, my co-author Myriam Denov and I wanted to draw attention to these issues, as little research has been done in this area to date. We chose to focus on women and children who – either directly or indirectly – have been victims of sexual violence, including during the time of the genocide in Rwanda, and who have received little attention from the international public. Often, more attention also results in more money and offers of help from the international community.

What are the aspects that the two studies shed light on?

The first study dealt with the situation of mothers who had been raped during the genocide in Rwanda and had given birth as a result. We conducted interviews with 44 women to gain an understanding of their psychological condition, of the experiences of stigmatisation and coping strategies more than 20 years after the violent events.

Were the women instantly willing to talk about what had happened?

We received support from an NGO that had been working with and supporting affected mothers for a long time. But most of them wanted to tell their story. In addition to the interviews, we also organised a workshop and asked the participants to draw their story and life journey using the metaphor of a river to illustrate the ups and downs of their lives. This made it easier to talk about their experiences.

At the time of the interviews, how were the women feeling?

Many felt a sense of shame about their story and suffered immensely as a result. Experiences of sexual violence are highly traumatising. If, subsequently, the result of the experience is a child, this has profound psychological consequences for the mothers. As our study showed, mental distress was exacerbated by stigmatisation and exclusion by family members and the community, which in turn impeded recovery and led to a life of poverty. The children were often referred to as ‘little killers’ by those around them. They symbolised the atrocities of the genocide and were frequently ostracised, together with their mothers.

How did the women deal with the exclusion and discrimination?

Some relocated to escape the environment. Support services provided by external organisations were also an important factor, allowing them to meet other mothers with similar experiences. The greatest support, however, as many reported, were family members who did not abandon them and who stood by them through it all.

In a second study, the focus was on children born in the wake of sexual violence and on their ‘fathers’.

Yes, this study looked at children of women who had been raped in Rwanda and the role of the father in their lives. We conducted interviews with the children who were 20 or 21 years old at the time of the study. Of course, they knew about the circumstances of their conception before they spoke to us.

How did the children learn of the identity of their fathers?

Many live in small villages where people talk and this is how they found out about their biological father. When children grow up without a father and they see their peers who have a father, questions inevitably arise. Some children also learned about their father from family members or from peers.

What influence does knowledge about their fathers have on their lives?

Most of the children we interviewed did not want to know about their father’s identity, but they did emphasise that the absence of their father was a burden on them. A handful of them knew their father. Some spoke of hating their father because he was the cause of all evil and the reason for their suffering and circumstances. In this context, it is important to note that Rwanda is a patriarchal culture in which the father has a special status and children are often identified on the basis of their father’s lineage and family. Not knowing this paternal side or, as some reported, being rejected by it, has a strong impact on the formation of the individual’s identity.

This is how children become the indirect victims of sexual violence.

It certainly illustrates the impact that rape has, usually on the entire community in which the children and mothers live. The village or community regards the children as a symbol of conflict. They are stigmatised and ostracised. They also recounted experiences of bullying and exclusion by their peers or family members.

How did they characterise the relationship with their mothers?

It was often ambivalent. When mothers were honest about what had happened, in many cases the children were able to understand and empathise with the mothers’ suffering. For some, on the other hand, dealing with the matter openly and facing the truth was traumatising.

Did alternative father figures play a role in the children’s lives?

Some children reported that their mothers had new partners, but they did not usually see them as father figures. Most of them said that they were harassed and mistreated by the stepfather, in some cases there was even mention of physical and sexual violence.

What conclusions do you draw from the studies?

The studies showed how important the reintegration of mothers into their communities and families is. Reducing stigmatisation and isolation as a result of sexual violence can improve the psychological situation of women. By better understanding the realities of women affected by sexual violence, these insights can then be used to inform interventions in other contexts, such as dealing with refugees.

As a scientist, how do you deal with distressing research topics such as this?

You witness a lot of injustice and often feel powerless. Seeing people suffer and not being able to do much about it does create a sense of helplessness. I think this is a very common feeling in the field of psychology, but you learn to deal with it.

Piolanti has worked as a postdoctoral assistant at the Department of Psychology, in area specialising in Health Psychology, since January 2021. He completed his doctoral studies at the Universitá di Bologna. While completing his doctorate, he was a visiting scholar at McGill University in Montreal, Canada. His forthcoming publication is a meta-analysis on the prevention of sexual violence among adolescents.

In 1994, around 800,000 people, mostly members of the Tutsi minority, died within a few weeks in Rwanda as a result of attacks by radical members of the Hutu ethnic group. An estimated 250,000 to 350,000 women and girls were raped during this period, and between 10,000 and 25,000 children are assumed to have been born as a result of these rapes.

Back
Getting rich with crypto?