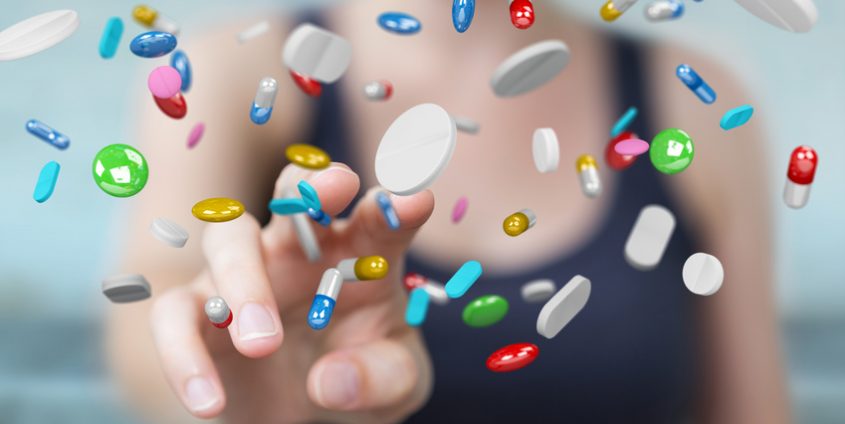 Autumn is flu season and that means it is high season for pharmacies selling over-the-counter cold and flu remedies. Those who aren’t reminded by their own running noses, are sure to be alerted to these types of pharmaceutical drugs by advertisements and posters. A team of researchers has recently studied the extent to which pharmaceutical advertising supports the so-called self-empowerment of patients. The investigation focused on Brazil, the fastest-growing pharmaceutical drug market in the world.

The Brazilian healthcare system has undergone some significant changes in the past decade. As a result, Brazilians generally have a greater awareness of health issues today, which is also mirrored in their increased interest in non-prescription medications. Thus, by 2017, Brazil will have grown to become the fourth largest market for pharmaceutical products, following behind the US, China, and Japan. From a global perspective, the significance of over-the-counter pharmaceuticals is on the rise throughout the world. It is, therefore, hardly surprising that pharmaceutical corporations around the globe spend approximately one third of their revenues on marketing their products.

“The rising sales figures for non-prescription drugs serve to reflect the development towards the self-empowered patient who is able to act pro-actively”, lead scientist Isabell Koinig (Department of Media and Communications) explains. She conducted this study jointly with her colleagues Sandra Diehl, who works at the same department, and Barbara Mueller (San Diego State University). 241 Brazilians aged 18 to 93 were surveyed in relation to fictitious ad appeals for a non-prescription pain-relief medication.

For the purposes of their study, the researchers differentiated between informative, emotional, mixed (informative and emotional), and CSR appeals. The aim of the study was to determine the types of empowerment facilitated by the advertisements. In this context, empowerment refers to the process of encouraging and qualifying the consumers to become active participants in health-related decision-making. It was measured on three separate levels: ‘message empowerment’ refers to the messages conveyed by the ad appeal and the extent to which the information contained therein equips the recipients with an understanding of the effects of the product and increases their trust in its use; ‘self-medication empowerment’ describes the process of encouraging consumers in relation to their ability to self-medicate on the basis of the newly gained knowledge; and ‘health empowerment’ means that end users gain a greater measure of self-determination regarding their own health in general on grounds of the information included in the advertisement.

The results of the study, recently presented in the “International Journal of Advertising”, reveal that mixed ad appeals, those ad appeals blending emotional and informative elements, lead to the highest degree of empowerment across all three categories. These are followed by informative advertisements, while ads with an emotional design occupy third place. CSR appeals produced the lowest levels of empowerment. Summarising the findings, Isabell Koinig concludes: “Advertising is geared towards motivating us to make a purchase. However, in the case of pharmaceutical drugs, it can also be meaningful for us as patients. If information is presented in such a way that it generates additional knowledge and an associated increase in self-determination for the customer, advertisers and consumers both stand to benefit”. Additional studies conducted by this team of researchers have confirmed that Brazilian results can be replicated for the US, Germany and Austria.