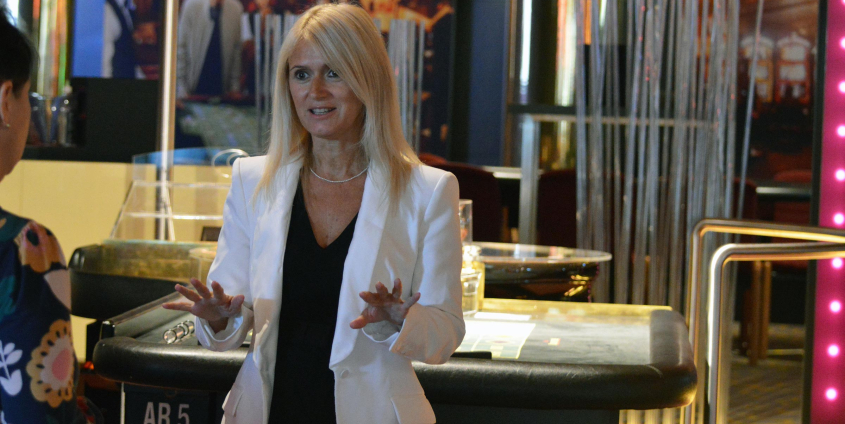 Who does not dream of wealth and luck? An international research team, including Angela Fabris, a specialist in Romance languages, is investigating the emergence of national lotteries and of gambling fantasies in Europe – from the 18th century to the present day.

State lotteries emerged in 18th century Europe, and soon gained importance not only as financing instruments, but also as a popular pastime among the population. The creation of a cultural phenomenon known as the ‘lottery fantasy’ is closely linked to these factors.

Angela Fabris from the Department of Romance Studies is studying this gambling fantasy from the 18th century onwards in a project funded by the Research Council of Norway. “The lottery fantasy is the dream of financial improvement and social advancement through a sudden, life-changing twist of fate following a substantial lottery win”, Angela Fabris explains. Although windfall fantasies recur in literature, theatre, magazines, the visual arts and the media, they have, so far, received little attention in academia. On a societal level, by contrast, national lotteries have played an essential role in almost all modern European economies. Their emergence in the 18th  century was closely linked to the development of the financial system and the credit economy. And not only that: In the past, they also helped to bankroll various state initiatives, wars and imperial expansions. On the individual level, on the other hand, the lottery nurtured the dreams of social advancement of men and women from different social classes. It also developed into a competitive culture in which, for example, predictions are made on political election campaigns or sporting competitions.

“The lottery fantasy is unique in its longevity: It was invented in the 18th century and remains fundamental to the success of lotteries even today.” (Angela Fabris)

The objective of the three-year project is to gain new insights into the historical, social, cultural, political and financial impact of the lottery fantasy in Europe from the 18th century onwards.

“The point,” says Fabris, “is to examine how fantasies of winning the lottery have been described, narrated and transmitted, but also criticised and parodied, in European culture.”

The interdisciplinary project group, comprising five experts from England, Norway, the Netherlands, the USA and Italy/Austria, is led by Marius Warholm Haugen (Norwegian University of Science and Technology in Trondheim). Angela Fabris, for her part, is examining gambling fantasies in their various manifestations: in literary texts such as theatre comedies, correspondence, diaries and autobiographies, but also in journals and works of art from the 18th century in France, Italy and Spain.

The Venetian lottery in the 18th century

Il lotto had the power to evoke dreams of life-changing wealth. Because of this, the lottery system proliferated very quickly in Venice in the course of the 18th century, with gambling taking place both publicly in the “Ridotto” (Venetian casino) and privately in the palaces. The Carnival, which lasted from October to March, favoured this practice. “The Venetian lottery, in other words, was part of a widespread gambling culture,” Angela Fabris notes. The lottery also had a powerful allure for the lower classes of the population, as it offered them the hope of possible financial and social advancement.

Unlike other forms of gambling, there was no need here to be aristocratic, rich, intelligent or cultured; the lottery was open to all levels of society. “In the 18th century, privileges were challenged for the first time. Society gained a certain mobility and structures were becoming less rigid. Cities like Venice began to commercialise and gambling grew in importance within this atmosphere,” Angela Fabris outlines the social and political changes in Venice in the 18th century.

The lottery as a cultural and literary motif

Financial and social advancement elevated the lottery to a popular cultural and literary motif in Venetian literature. Angela Fabris struck gold in the 18th century texts of Carlo Goldoni, Pietro Chiari and Giacomo Casanova. The authors addressed the lottery fantasy in literature and depicted the realities of the era. “The dazzling figure of Casanova introduced the lottery to Paris, he financed his own state projects with it and, of course, himself,” Angela Fabris tells us, referring to his autobiographical memoirs “Histoire de ma vie” (1789–1798). Carlo Goldonis comedies “La donna di garbo” (1743) and “La bottega del caffè” (1750) describe the negative consequences of compulsive gambling, an addiction to which the author himself succumbed at times.

In this context, the scholar of Romance Studies refers to a particularity of the 18th century: the „Moralischen Wochenschriften“ (moral weeklies); these periodicals represented a new form of publication and were aimed at the bourgeois reading public. In Venice, this was the “Gazzetta Veneta” (1760–1761) by Gasparo Gozzi, who published the lottery numbers and thereby stoked the Venetians’ longing for change.

According to Fabris, the stories of Chiari, Gozzi and Casanova have something in common: The imaginatively depicted game of chance compensates for or mitigates the disadvantages of birth, class and social position. Thus, there was never a lack of players; in 1757, Pietro Chiari titled one of his novels “La giocatrice del lotto ovvero Memorie di madama Tolot”, the name of the protagonist being, tellingly, an anagram of the Italian word lotto. Traces of the lottery fantasy can also be found in 18th century works of art, such as various paintings by Pietro Longhi depicting the “Ridotto”. These, too, are part of the scope of research.

The lottery was viewed, on the one hand, as a link between diligence, consistency, luck and profit, and on the other hand as an economic exploitation of the gullible population. In Venice, however, as in other maritime trading cities such as Genoa and Antwerp, the religious criticism of the lottery as well as the moral discourse about it were less pronounced than in other European cities. In some cases, nevertheless, we find the chiaroscuro representation of the fantasy figure of the lottery.

The double standard of the lottery

The lottery has the power to inspire life-changing dreams of wealth. ” However, it is simultaneously characterised by a double standard, namely gambling addiction and its social consequences,” Angela Fabris states. These problems continue to hold relevance, even if they are shaped by different political, social and psychological discourses today. The works examined by Angela Fabris so far reveal that, in the Venetian context, the random character, competitiveness and dependence on the lottery were more present than the ideals of skill and merit. For this reason, the depiction of the negative sides of the lottery prevailed in the texts of the 18th century. These motifs, together with the longing for economic and social advancement, accompany the history of the lottery fantasy through the centuries and across national borders.

Much research is still to be done as part of the project. Angela Fabris is already planning an analysis of the visual representation of the lottery fantasy in 21st century advertising as a next step. The results of the overall project will be communicated via social network (blog and Instagram) and will ultimately be published in a publication entitled “The Invention of the Lottery Fantasy: A Cultural, Transnational, and Transmedial History of European Lotteries“. In 2024, an international conference will be held in Bergen and, before that, there will be workshops in Paris, Utrecht, Oxford and Venice.

Angela Fabris studied at the University of Trieste, Italy, and completed her post-doctoral qualification in Romance Studies at the University of Klagenfurt in 2012. She is Associate Professor of Romance Literature and Cultural Studies at the Department of Romance Studies. Her research focuses on Italian and Spanish narrative literature of the 14th, 17th, 18th and 21st centuries as well as on the film genre, spatial discourse and Mediterranean studies. She is the author of numerous publications and editor of the academic series AAIM, De Gruyter. She has also served as visiting professor at the Università Ca’ Foscari Venezia for three years.

Back
The fastest trackers in video searches