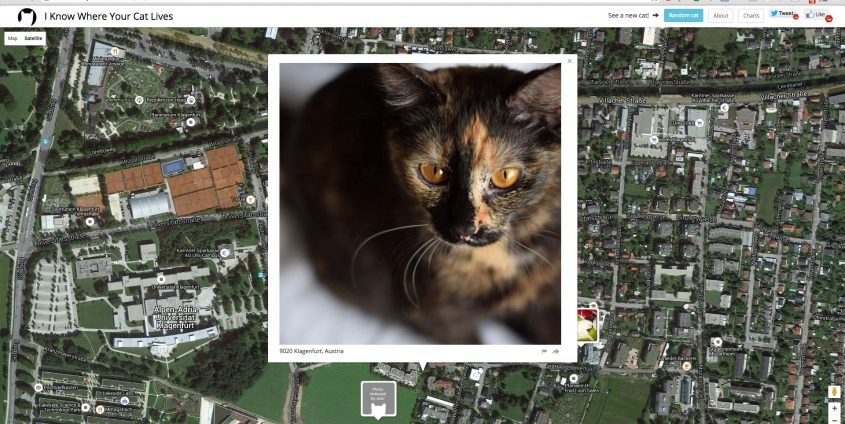 Fulbright Visiting Professor Owen Mundy explores the differences between the data protection laws in the EU and in the USA, and examines how people deal with digital surveillance. In an interview with ad astra he tells us what apps like Facebook know about us and how he had a lasting impact on Instagram.

Mr. Mundy, you have spent a semester teaching and conducting research at the Department of Media and Communications. What are the main focus areas of your research?
I have been working on two projects in Klagenfurt. The first involves examining the different sets of legislation with regard to data protection in the EU and in the USA. These differences are problematic, because people from the EU use the apps of providers based in the USA, such as Facebook or Instagram, which means that American law is applicable. I am interested in discovering how the culture and the approach to these apps differ in Europe and what the thoughts are of the students, who will be developing these technologies in the future. The students in my courses are from Austria, Slovenia, Turkey and Iraq, and thus introduced a range of diverse perspectives on the topics of data protection and data security.

And your second project?
A publication about “Free Market Privacy” and the question: Can personal data be protected on the free market? In contrast to the USA, the data of users in the EU may not be used without their permission. The American Trade Association for Online Advertising argues that data protection hampers the economy. Businesses use data in whatever way they want to, and there will never be a law to prevent this. The only way to introduce change is to alter the approach and perception of the users.

Which topics do you address in your courses at the AAU?
In the first few weeks we focused primarily on the situation in Austria, discussed the legal case between Max Schrems and Facebook, and then looked at the history of surveillance and how it can be used to control a society. It was fascinating to hear the opinions of students here in Europe.

What differences to students in the USA did you notice?
The issues surrounding surveillance and the private sphere revealed some really significant differences. In the USA, many young people blindly download all kinds of apps on their smartphones. They are accustomed to the fact that their personal information is traded. They don’t mind that companies can access their data.

And that’s not the case here in Europe?
It’s not so much that people in the EU don’t also behave in this manner, but they are much more concerned about digital surveillance and about the implementation of technologies in certain areas. They have a more sceptical attitude toward companies that operate on the Internet and that use the personal data of users to earn money, and they are more keenly aware of the associated problems.

Why is that?
Many people in the USA regard the Internet as commercial – companies do business with the consumers’ data. Many understand this, but they say: What’s so bad about being shown adverts that are tailored precisely to me and my interests? Using data to alter purchasing behaviour is one thing, but what if my moral concepts and decisions are influenced? As part of my course here in Klagenfurt we read an article that described how the Republican presidential candidate Ted Cruz correlated Facebook data with credit card purchases during the primary elections in order to run target-group specific ads and thus influence the voting behaviour. That kind of thing would be impossible in the EU.

One reaction to the loose data protection laws in the USA is your project “I know where your cat lives”. How did that come about?
I took some pictures of my daughter and uploaded the photos to Instagram. Instagram feels like a very private space and it is easy to forget that anyone can look at your images. By chance I noticed the location button and realised that my smartphone automatically added my geographical coordinates to my photos. On Instagram, this information is accessible to everyone. This means that I had revealed my daughter’s location to everyone in real time. And yet, I had never explicitly given Instagram permission to do this. It was possible that Instagram was collecting personal information on a massive scale. I felt deceived and wanted to share this sinister experience with others. That’s why I started the project “I know where your cat lives”.

What precisely is it about?
A map of the world displays more than a million photos of cats, using the embedded meta data. Users published the photos on various photo platforms and by utilizing public interfaces I display them on the website. I wanted to take a playful approach to making people aware of how careless they are with their data.

What reactions did your project produce?
So far, 60 per cent of the users have manually removed the geodata from their photos. After the launch of my website Instagram changed the function, which means that photos are no longer automatically tagged with geographical coordinates. But the primary aim of the project is to highlight the problem that companies in the USA programme their software following the principle of “public first” rather than “private first”, and consequently make a profit. For a while now, Instagram has not made the geodata accessible to the public. One must imagine that before that anyone – be they Ted Cruz or Kim Jong-un – was able to use my data.

Why cats?
I could just as easily have used photos of children, which would have been really grim. The humorous approach using cats was very successful virally and sparked a necessary public discussion.

Do you still use Facebook and Instagram?
Absolutely! As someone who studies, teaches and writes about these platforms, I have to actively use them.

Owen Mundy’s research focuses on information privacy, big data and public space. Having worked at the University of California and Florida State University, he is looking forward to joining the staff at Davidson College in North Carolina in 2017.

The website iknowwhereyourcatlives.com continues to display thousands of cat photos from around the world. The exhibition about the project “I know where your cat lives” is currently touring through Singapore and the Netherlands. 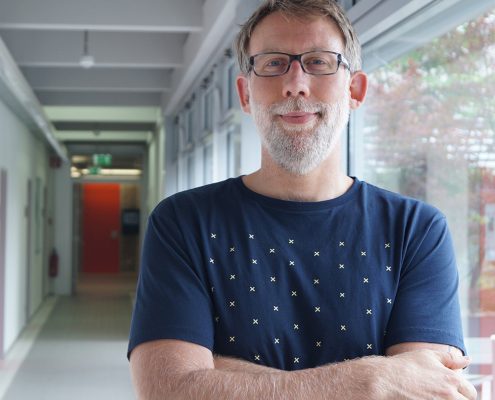