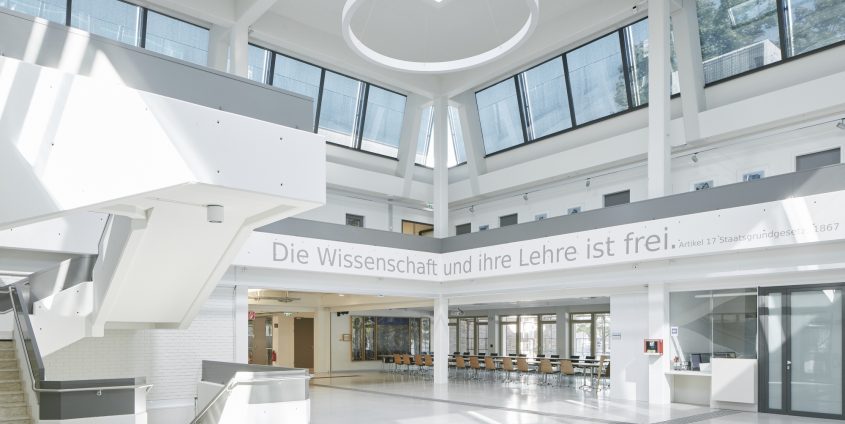 The University of Klagenfurt is part of the UNIVERS alliance project. UNIVERS aims to create an effective university structure that transcends Europe’s national borders. The project, which involves eight partners in five countries spanning seven borders, is currently competing for funding within the scope of the European Universities Initiative.

“The distinguishing feature of our initiative is provided by the cross-border regions in which the participating universities are located: this is UNIVERS’s unique selling proposition” explained Angela Fabris, project coordinator in Klagenfurt. Viewed as a whole, the consortium comprises eight universities with 110,000 students, 8,000 teachers and researchers, 3,500 administrative staffs, and 3,700 doctoral students. They all operate in border regions and, as such, they have gathered a wealth of experiences with the opportunities and challenges associated with these special locations. Oliver Vitouch, Rector at the University of Klagenfurt, believes that this initiative harbours great potential: “Knowledge does not recognise borders. As universities situated close to borders we are predestined to contribute to overcoming emotional, social, mental and physical borders. A Europe that is comprised of small-scale units – when compared globally – has to conquer barriers in order to make great strides.”

All proposed actions are in line with the promotion of common European values and aim to encourage a stronger European identity. The “European University” forged by UNIVERS hopes to prove attractive for European and international students alike, to operate efficiently in the realms of research and teaching, and to achieve high quality results. In terms of topics, the focus will be placed on the areas of “entrepreneurship”, “language, culture, identity and cultural heritage”,  “education”, “migration”, “ecologically sustainable development”, “management of natural resources”, and “sustainable tourism”.

European cross-border territories have a fundamental role to play in the construction of Europe. The consortium aims to train professionals who can act upon and influence the development of these territories from a deep understanding of their particularities, challenges and opportunities.