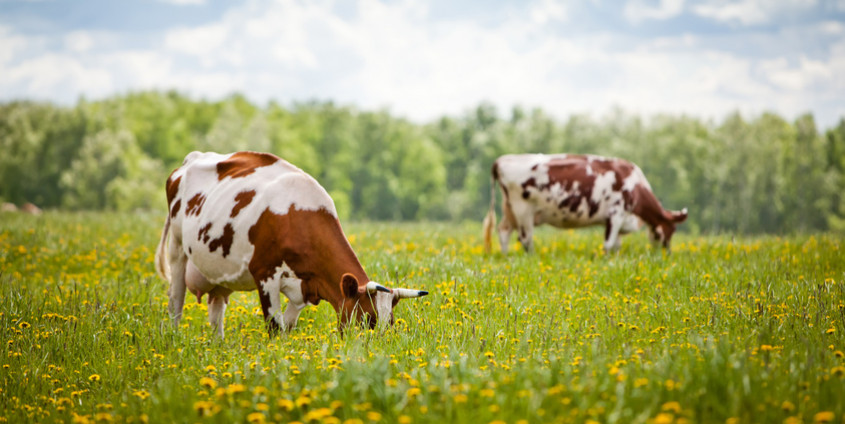 Managing grazing on grasslands in a more efficient way could significantly increase global milk and meat production or free up land for other uses.

About 40% of natural grasslands worldwide have potential to support increased livestock grazing, according to a new study published in the journal Global Change Biology. This translates to a potential increase of 5% in milk production and 4% in meat production compared to the year 2000 or allow for  2.8 million square kilometers of grassland area to be released from production.

In order to feed the world’s growing population, global food production will need to increase—but at the same time food production systems have impacts on the environment and climate. Livestock products, including meat and milk, are a major food source for millions of people, and demand for these products is increasing. However, livestock and conversion of land for increased livestock production can lead to increased greenhouse gas emissions or soil erosion through overgrazing.

“Grasslands are generally regarded to play an important role in increasing food production to meet future food demand,” says Tamara Fetzel, a researcher at the Institute of Social Ecology in Vienna (Alpen Adria University), who led the study as part of her participation in the 2015 Young Scientists Summer Program at IIASA. “But to achieve this target in a sustainable manner, our study suggests that we should focus on making more efficient use of currently available land resources, instead of converting land from other uses.”

How much livestock grasslands can support depends on a number of variables including climatic, biological, and socio-economic factors such as management, storage systems, and biomass conservation. In the new study, the researchers explored the impact of seasonal patterns of biomass supply on the potential dynamics of grass-based livestock systems, at a global scale. Fetzel and colleagues identified areas where additional biomass could potentially be extracted from the landscape, by comparing the current level of grazing intensity to the maximum levels supported in periods of minimum biomass supply, such as winter or dry periods. The authors also discuss numerous socioeconomic and ecological constraints related to unlocking this potential, such as a lack of infrastructure, market access, knowledge, finance, and labor constraints or the impacts of droughts, and potential negative trade-offs  such as loss of biodiversity or soil degradation.

“Grassland productivity and intensification potential are some of the most uncertain parameters in global land-use assessments and are often used to estimate ambitious GHG mitigation targets. Making estimates of potential maximum grazing intensity more realistic by considering seasonal constraints reveals a certain potential to increase grazing intensity in some places, yet shows that the actual grassland area available for other purposes remains limited,” says IIASA researcher Petr Havlík, a study coauthor who advised Tamara Fetzel during the YSSP together with Karl-Heinz Erb from the Institute of Social Ecology Vienna.