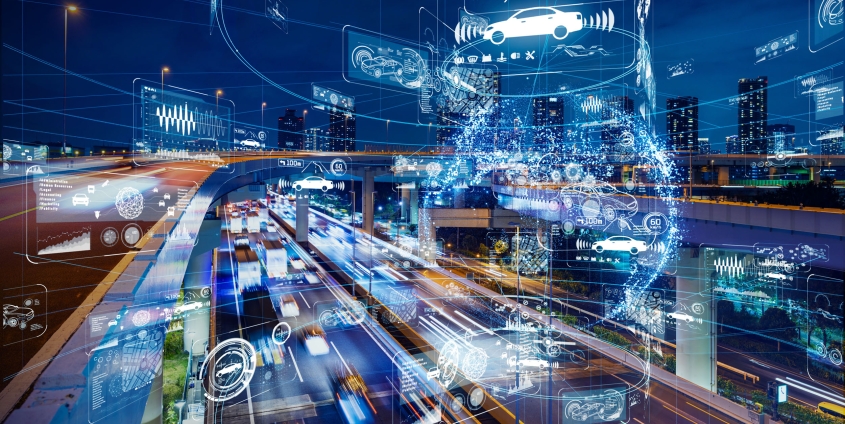 The future of road transport lies in getting from A to B free of stress. Technology allows us to avoid congestion and respond to accidents and roadworks in a flexible way. Artificial intelligence based on logic systems steers traffic control systems, production plants or rail logistics of this kind. Researchers working on a project together with Siemens AG Austria have developed new approaches that allow a rapid response to new situations.

Intelligent traffic control systems already use GPS information, smart cameras in traffic lights, or sensors embedded in the road surface to control the flow of traffic. Cars, emergency vehicles, buses or trams all communicate with each other. Urban traffic, in particular, has periods of higher and lower traffic volumes. This leads to unpredictable accidents; traffic jams can build up and vehicles often need to take detours. The systems need to react flexibly to these delays in road traffic. All this can only function if data is continuously collected, evaluated and applied to the traffic situation. This is achieved through the use of artificial intelligence (AI), which enables so-called cyber-physical systems to adapt automatically.

Gerhard Friedrich from the Department of Artificial Intelligence and Cybersecurity has been conducting in-depth research on logic-based systems together with Siemens AG Austria for several decades. Cyberphysical systems are used in many fields of application, such as IT traffic control and traffic logistics systems, information and energy networks, and industrial process control and automation systems. “Cyberphysical systems are fusions of networked mechanical and electronic components with control and monitoring algorithms”, Friedrich describes the concept. These systems are continuously exposed to changes in environmental conditions and targets and have to react swiftly to these changes, generating new solutions. “Flexible cyberphysical systems undergo constant reconfiguration with a view to optimising overall behaviour”, Gerhard Friedrich explains. This is accomplished most effectively through knowledge processing, by describing the technical possibilities of a system and generating optimised configurations by means of logical reasoning. No such knowledge-based (re-)configuration has been available for cyberphysical systems so far. What was missing was the option to control and adapt flexible dynamic systems in real time using logic-based systems.

During the three-year research project “DynaCon”, funded by the Austrian Research Promotion Agency (FFG) and led by Gerhard Friedrich and involving a further five partners from industry and research as well as Siemens Technology Austria, the team devoted itself to the control of systems such as traffic, communication networks or railway logistics, thus advancing the available techniques of knowledge-based (re)configuration. Asked how a logic-based control system can function, Gerhard Friedrich replies: “Instead of using a traditional programming language, we use logic. Logical conditions are used to define what is a deviation from a target state of the system and what actions a system can take to achieve a target state. These logic-based systems automatically seek a solution. It’s not about defining how to get to the goal, but rather which properties a goal must have.” The system is intelligent and recognises when defined technical constraints are violated, when something deviates from standard behaviour, and automatically calculates action sequences, which, when executed, lead to goal achievement.

“It’s not about defining how to get to the goal, but rather which properties a goal must have.” (Gerhard Friedrich)

Friedrich cites the following as examples of constraints: a train driver needs a certain level of competence in order to travel along a railway line, or a certain product has to be at a defined location at time X. “These logical descriptions help us to define where to react when certain events occur. If there is a delay of one to two minutes due to a traffic accident, then the system will not react yet. But if a traffic jam builds up, traffic signals have to be adjusted and traffic diverted.” The search for solutions is automated and happens in the background, according to the computer scientist. Every single step is important when it comes to finding a solution, and every decision in favour of one option may exclude other options and solutions.

“The challenge lies in making logic-based systems fast enough to react promptly and find a solution quickly”, according to Gerhard Friedrich, as the real-time component often comes into play when dealing with cyberphysical systems.

As part of the “DynaCon” project, researchers have developed algorithms and prototypes that lead to an improvement through automated (re-)configurations. These have been used repeatedly, for example in freight transport logistics or in the optimised control of traffic signals in road traffic by Siemens AG Austria. “ The great advantage is that it provides a higher solution quality and results in cost savings in terms of new development and maintenance of the systems.” Several research groups at the Faculty of Technical Sciences deal with logic-based systems and develop solution algorithm.

Gerhard Friedrich is professor at the Department of Artificial Intelligence and Cybersecurity and heads the research group “Intelligent Systems and Business Informatics“. His research focuses on knowledge representation and processing, production planning, automated configuration of products and services, knowledge-based diagnosis, and recommender systems. 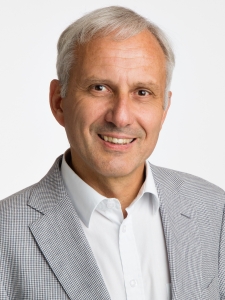 Back
Green entrepreneurship: Striking the balance between profit and idealism

© aau/Daniel WaschnigHow will the pandemic change the way we work?