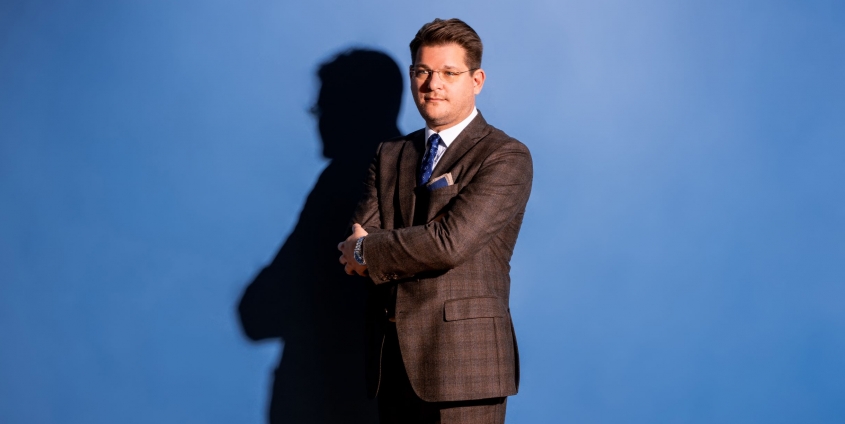 Oliver Vitouch is the Rector of the University of Klagenfurt. He asks how all of us can contribute to discovering a path to a good future. He believes in the importance of learning, once again, how to think in utopian terms, renouncing despondency and indifference. What is it he wishes for? The renaissance of reason.

Naturally, I would be delighted if we were on the way “to the best of all worlds”. But that is an arduous and stony path. Even Voltaire, one of the pillar-saints of the Enlightenment, made fun in his time of poor Leibniz and his best of all worlds.

Indeed, not even the project of Enlightenment itself remained unmarred by criticism. Maybe in some ways it was too naive, too optimistic, too credulous. Nevertheless, I am convinced that independent universities rooted in Enlightenment and imbued with a corresponding mission are needed more urgently today than ever before. The world has increased in complexity, certainties are crumbling, there are fewer and fewer binding standards to guide us. Not everyone is equally well equipped to deal with this diversity.

And yet, diversity is virtually a programmatic task laid upon the universities. But this new diversity in our world requires an enlightened, alert mind, a high tolerance of ambiguity and, above all, certainty in dealing with uncertainty. Ultimately, it is the all-embracing mission of universities worldwide to train steadfast personalities who are able to deal with all of this, and who are intellectually but also emotionally and socially braced for the challenges of the future. Universities do not exist to teach their students tried and tested recipes for tackling the problems of the past. On the contrary, their role is to hone students’ capacity for critical judgement and to offer the kind of solution expertise that enables them to come up with their own recipes for dealing with problems that are as yet unsolved or possibly even unknown.

“We do not have to settle for the world as it happens to be right now.” (Oliver Vitouch)

Sapere aude, as it were. Dare to think – this is what we want to convey! As we know, many people have shed the habit of thinking big or utopian thoughts. That is a great pity. The thinking that goes on has become rather sober and sedate, as if one were trying to resign oneself to an prescribed reality. But this new sobriety cannot necessarily answer all of the important questions. In any case, we do not have to settle for the world as it happens to be right now. That is why, in our anniversary year 2020, we are organising a series of seminal lectures together with the Austrian Academy of Sciences. In these lectures we aim show the extent to which the humanities, cultural studies and social sciences in particular are not only able to, but also could and should dare to make a constructive and, indeed, visionary contribution to the decisive questions facing the individual, human cooperation and human well-being. At present, and more than ever before, I have the impression that we are dealing with something akin to an erosion of reason worldwide. Only ten years ago, it would have been considered utterly unthinkable to have the kind of people, mainly men, in the top political positions they hold today. These are tough times for satirists because, wherever we look, reality is surpassing satire. In any case, this makes me yearn for a renaissance of reason.

And, fundamentally, universities are a haven of reason. I am pleased and also reassured that universities are proving to be very resilient institutions. They maintain stability, but they have also frequently succeeded in reinventing themselves over the course of decades and centuries. They have successfully responded to changing times. Utopia! shares this aim. Not by delivering patent remedies, as that would be asking too much. Rather, the lecture series can contribute to a better understanding of how we are doing in the here and now and what shape the paths leading into the future might take. I trust that we will be able to give the course of history one or two nudges in what will hopefully turn out to be a good direction.

The University of Klagenfurt has much to contribute to this encouraging nudge. Many exciting and novel things are happening right now; these are taxing, but simultaneously very exciting times. I sense a great deal of appetite and curiosity for more. We must succeed in passing on this joy and curiosity to our students, to foster their alert minds in the best possible way. I believe it is important that the disciplines gathered here in Klagenfurt are able to cooperate in a productive interdisciplinary and interdepartmental manner. Our campus offers ideal conditions: manageable structures and short distances. We need to bring disciplines and subjects into conversation and encourage an exchange that does not exist elsewhere and that is genuinely capable of creating new solutions in response to the challenges of the future. Especially with regard to the digital revolution, we have a lot we want to accomplish! But we will also succeed in other areas, by the joint effort of all those involved.

Plus est en vous, the aim is to bring out more and the best in us. It is the core mission of the university to deliver the necessary encouragement. That is where our future lies.

Daniel Waschnig The maximizing human being