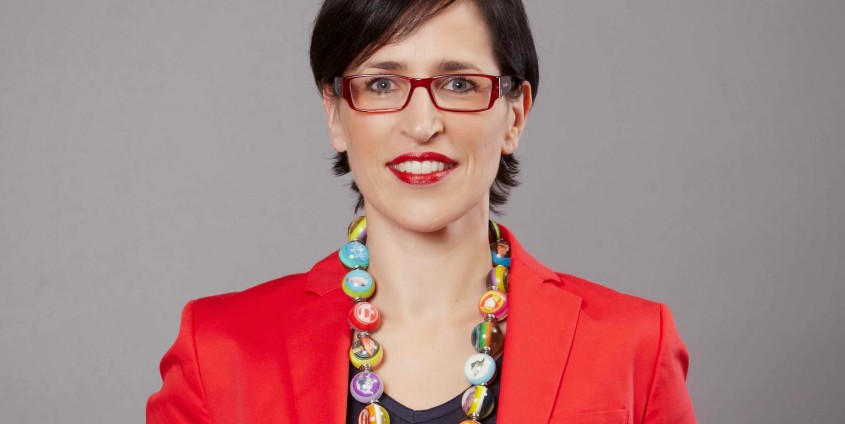 Silke Bergmoser is the first female director of a HTL (Secondary Technical School) in Carinthia and this year she received the Femme-Award as Carinthian of the Year 2015. However, she is not resting on her laurels, but is looking ahead to the future in a focused manner. Portrait of a woman who knows what she can do: “I will certainly not become a teacher!”

Coming from a dynasty of teachers, it was clear to Silke Bergmoser that, she “will certainly not become a teacher!” She went to Graz to the Karl-Franzens-University and was about to enrol in law studies. Shortly before the enrolment, however, she turned around, followed her inner voice and enrolled for the Teacher Education Programme in English and Italian at the Alpen-Adria-Universität Klagenfurt. Looking back, she says: “I pursued my passion, languages. With language you can move everything in life”. Silke Bergmoser completed her Erasmus semester abroad in Milan, where she also did research for her diploma thesis. As a communicative and open person who enjoys international and intercultural exchange, she worked as a tour guide for years during her studies, which proved to be a valuable school. “There I learned how to convey content, present myself well and inspire people for something.”

After her studies, Silke Bergmoser took over a class that she prepared for the school leaving examination in “Italian for Commercial Correspondence” within two months. Fresh from university, this was a special challenge, which she gladly accepted. To this day she follows her personal motto, which she also gives to young graduates. “If you want something, you seek a way. If you do not want something, you seek for reasons. (Jürgen Spahl) – With reliability, ambition and diligence, everything can be mastered, and a way can always be found”. Between 1999 and 2004 she was employed as a teacher at the Agricultural College Goldbrunnhof, at the HAK1 (Secondary Commercial School) in Klagenfurt and at the HTL Ferlach, until she took over a teaching post at the HTL Ferlach after her maternity leave in 2005.

In 2013, Silke Bergmoser was the only woman with ten male competitors to apply for the position of director of HTL Ferlach. Until then, she had advised the former director in marketing and public relations. She knew how to make use of this personal and professional focus and, parallel to the application process, she developed a new, holistic marketing concept: EUREGIO HTBLVA Ferlach. She was appointed director and kept her promise. In accordance with the mission statement “Borderless Education”, she is orienting the Secondary School more internationally, more openly and on the basis of multilingualism.

Next to her profession, Silke Bergmoser finds balance in sports, over coffee with friends and at home with her family (daughter Jana is 10 years old). “At home I can relax and take a breather without any professional appointments.” But not too long either, because Silke Bergmoser has set herself many new tasks and goals for the next ten years: “I want to further improve the working conditions for my colleagues, devote myself to more strategic things and get many more girls interested in technical professions.”