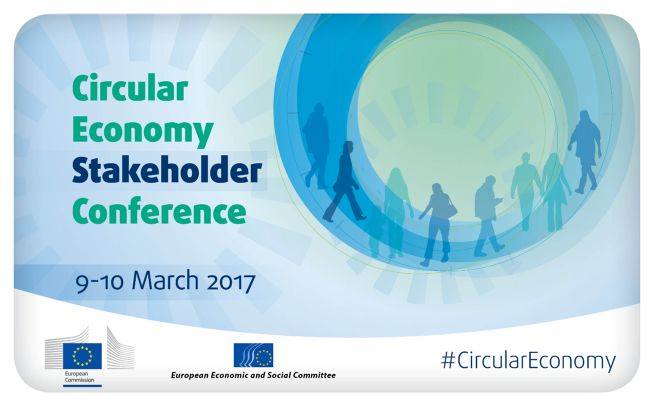 Willi Haas is invited to speak at the break-out session on circular economy monitoring at the Circular Economy Stakeholder Conference in Brussels, 9-10 March 2017, organized by the European Commission and the European Economic and Social Committee.
Watch live here: http://www.eesc.europa.eu/?i=portal.en.events-and-activities-circular-eco-future

The Circular Economy conference has started. Far from being an exclusively environmental concern, the transition to a circular, more resource-efficient economy is a business and social opportunity, leading to new markets and new jobs.

Apart from the keynotes speeches we will have workshops to discuss about the innovation for Circular Economy, the plastics strategy, the options for the interface between waste, chemicals and products legislations & much more!

A more sustainable European economy implies reducing drastically our consumption of resources and the amount of waste we produce. Far from being an exclusively environmental concern, the transition to a circular, more resource-efficient economy is a business and social opportunity, leading to new markets and new jobs.

In late 2015, the European Commission published its Circular Economy Action Plan, along with a proposed review of the current waste legislation. The European Economic and Social Committee (EESC) supports an ambitious implementation of this Action Plan, which includes in particular an in-depth consultation of stakeholders and civil society. In previous opinions concerning the circular economy adopted in December 2014 and April 2016, the EESC made the case for a European Circular Economy Stakeholder Platform, whose aim would be to facilitate civil society consultation, cooperation between national, regional and sectoral networks and the exchange of expertise, information and best practices.

With a view to taking stock of the Action Plan’s implementation, looking at next steps and discussing the goals and practicalities of a European Circular Economy Stakeholder Platform, the EESC and the European Commission co-organise a conference which will take place on 9-10 March in Brussels.