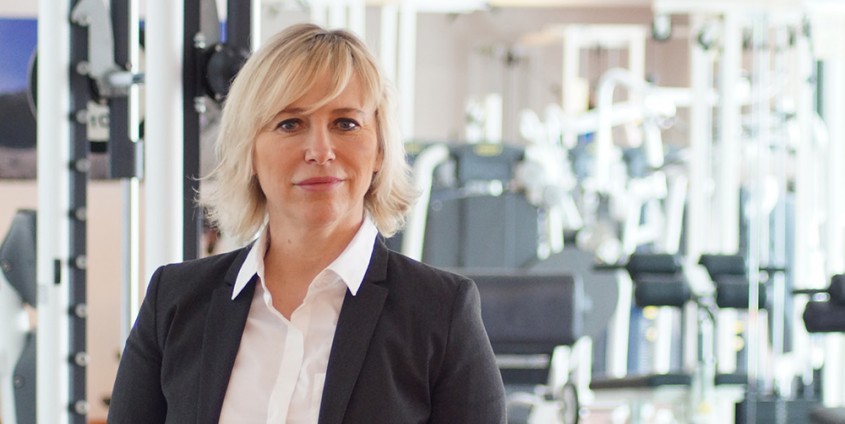 The way we perceive ourselves and our bodies is increasingly influenced by images in Social Media. Katrin Döveling, Department of Media and Communications Science, has studied which effects the use of Social Media has on one’s own body image and self-perception, and how online discussions about images of beauty frequently unfold. An appeal for media competence in the digital age.

Snapped in mere moments and spread across the World Wide Web in an instant – pictures have become the central medium of our digital society. The focus on the image has increased significantly in recent years due to platforms like Instagram. 95 million posts per day and more than 700 million users around the globe offer proof of Instagram’s rise. “The change which was brought about primarily by Social Media is the flood of images that is now negotiated in a normative manner”, Katrin Döveling explains. “We are continuously comparing ourselves with others by means of the uploaded photos. Indeed, processes of social comparison are important in everyday life, as that is how we determine our position in society. However, in the case of adolescents and young people whose identity has not yet stabilized, there are signs that this permanent comparing can produce negative effects.” Although processes of comparison are constantly occurring in social networks, the consequences for users’ self-perception and their sense of self-worth has received scant scientific interest to date.

Katrin Döveling, who has examined the use and effects of Social Media very thoroughly, recently presented a new study in collaboration with Carolin Krämer. In this study, a survey was conducted involving mostly female users (95 per cent of the participants were female) of fitness-related contents on Instagram. “The study revealed that insecure women who use Instagram frequently felt even more insecure and dissatisfied about themselves as a result, leading to negative feelings.” Döveling describes the key results from the study: “The higher the level of Instagram use or, respectively, of fitness contents, the more negative was the perception of one’s own body image. In response to the app, 51 per cent had the impression that they needed to reduce their percentage of body fat, even though the majority of the 901 users surveyed had initially indicated that they were of normal weight.”

Numerous fitness blogs convey an alleged ideal of beauty to their young users under the guise of fitness and health. And yet, in many cases, fitness is no longer the primary message, it is simply about being thin and attractive. This leads to young women courting likes and recognition by posting photos of their thigh gaps online. “Our aim is not to demonise fitness accounts and bloggers. In these times of fast food culture and an increasingly overweight society, fitness is very important. But many young women who have yet to develop a sturdy concept of their identity, feel under tremendous pressure on account of these often flawless photos. In our study, 67 per cent stated that Instagram made them feel pressurised to get into better shape.”

The perfect woman in adverts and in the media is not a new phenomenon, but the impact on our lives has risen sharply, due to the ubiquitous presence of the images and the opportunity to communicate about them anywhere and anytime. “When young people see all these before-and-after weight loss photos of bloggers, they think: If they can do it, then I can do it, too.”

However, the beautiful perfect Social Media world also offers some countertrends, for instance those using the buzzword body positivity. The movement behind this phrase advocates for a positive and self-confident body awareness, one which celebrates the uniqueness of each body. While a trend towards models and bloggers with “normal measurements” is certainly to be encouraged, Katrin Döveling nonetheless notes: “I view media formats such as ‘The Super Curvy Model’ in a critical light. These formats emphasise that the participants are different from ‘real’ models, and thus they are pigeonholed once again. And just because fashion magazines feature women with ‘normal’ measurements more often nowadays, it does not mean that the message has been received in the sphere of Social Media.”

Working with students, Döveling took a closer look at the Facebook site of a “curvy model”, and analysed the reactions to posts and photos. “We wanted to know which emotional patterns and rules emerge there. Along with many negative comments there were some repeated attempts by users to put a stop to fat shaming, i.e. discriminatory statements about her appearance and weight. Compared to the negative posts, these attempts were few in number.”

It may be the case that famous people know how to deal with it, but young women and men who upload their own photos and are then confronted with massive volumes of hate posts and cyber mobbing, are very completely overwhelmed. “At this point, it is up to the parents, the schools and the teachers to educate the young people about the consequences of posting photos online, and to explain how to behave responsibly”, Döveling urges. “Emotional media competence, particularly in the digital age, remains a challenge that science and society must face.”

Katrin Döveling studied sociology, psychology and media science and also gained her habilitation qualification at Leipzig University in communications and media science. In her research she focuses on media technology and media transformation, with particular emphasis on globalisation and emotions, online media, particularly new forms of social networking sites and digital media culture(s) in an international context.

Station U28: Why are so many people dissatisfied with their bodies?

Here, we ask you about your self-assessment: Show us your waist circumference using a tape-measure! How do you see your body in relation to other body images? Studies reveal that many young people have a flawed image of their own body. This is due, amongst other things, to the beauty ideal that is prescribed by influencers in Social Media like Instagram, and that we would like to critically examine with your help.