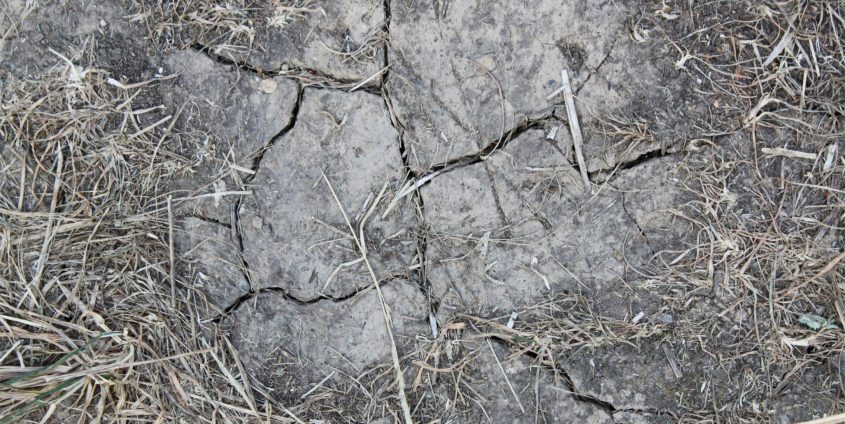 Willi Haas talked to ad astra about his research results.

The researcher Willi Haas investigates the consequences of climate change for our health, while considering demographic change. He calculates how susceptible our society is with regard to certain adverse consequences of climate change and explores which adaptation measures and options are available to mitigate against these impacts. Early projections for Austria indicate that – provided that no supplementary adaption measures are introduced – around the years 2030 and 2050 there will be roughly 3,000 additional deaths each year simply due to heat waves. Given unfavourable development scenarios and in unfavourable years, this figure may even increase threefold. Leading up to the UN Climate Conference COP in 2018, an assessment report for Austria coordinated by Haas aims to evaluate the current position relating to the topic of health, demographics and climate change.

How does climate change affect health?

Climate change is already having an impact on health, for instance, when we have episodes of extreme heat. Generally speaking, here in Austria we live in a temperate climate zone; one in which temperature fluctuations are easier to tolerate. However, some regions have always been characterised by rather high temperatures. Average annual global warming in the range of one to two degrees could render whole swathes of land uninhabitable. We have not reached that point yet, but the strains on the inhabitants of such regions are already at a very high level. The range of weather fluctuations is also set to broaden further – including an increased number of extremely hot days in short succession.

And what is the picture for Austria?

The effects are likely to be less drastic in these parts. The biggest and most noticeable consequences of climate change make themselves felt as heat waves. On scorching hot days the mortality rates are increased compared to “normal” days, a phenomenon referred to as excess mortality. There is need for action here, otherwise the impacts will be even more pronounced in the future. An increased occurrence of floods, mudslides, and heavy precipitation events can also have acute consequences for health. The interplay between air pollution and global warming is a topic that will affect Austrian cities as well, unless the air quality is significantly improved. Changes to how disease carriers spread, leading to a higher incidence of infectious diseases, could also have an impact on Austria. Moreover, the exposure to allergens could increase as a result of the extension of the pollen season and the greater proliferation of plant allergens. Finally, an increase in temperature could also have a detrimental local effect on the quality of drinking and bathing water.

It gets very serious when heat waves last beyond a certain period of time. Model calculations predict some very dramatic scenarios. Imagine, for example, that a temperature of 30 degrees lasts for 30 days, with significantly higher peak values. This is what we would call extreme heat stress. Older individuals, who are expected to double in number by 2050, are particularly vulnerable. We have absolutely no experience with regard to overlapping phenomena of this kind. Simply transferring experiential values from other countries could prove entirely unsuitable, as there may have been centuries of adaptation to the respective climate in those countries. Physiologically, culturally and in terms of infrastructure, we have adapted to a different kind of climate. So, first, we must gather empirical data. The occurrence of heat waves much earlier in the year is also much harder to deal with when the weather changes. For our calculations, we analysed the past: we looked at the correlation between temperatures that exceed a certain threshold value and the increase in the statistics relating to mortality. It is highly unlikely that this retrospective view can be translated smoothly to the future. We anticipate further influential effects that we are not even familiar with yet. All in all, I have to say that our calculations are probably rather conservative.

Is there anything specific that can be done?

Actually, there are several strategies for action, some of which are very promising. The critical issue is, whether they will be implemented in a timely manner. Do we only act once massive events start happening, or do we resort to preventive measures? These might range from early warning, direct support of particularly affected persons, measures to provide shading, all the way to spatial planning.

Why is heat a more serious phenomenon in urban areas than in rural regions?

Urban areas are particularly prone to produce so-called heat islands. These are certain surface areas, buildings, apartments, even rooms, in which heat accumulates especially. This leads to the development of micro-climatic small spaces with extremely high temperatures. Factors promoting these heat islands include a lack of green spaces, a high degree of soil sealing, insufficient passage of air, little shading, and the elevated thermal storage capacity of the environment.

What measures are feasible on the meta level? How might stakeholders react?

We have a range of options to choose from.  Early warning systems, for instance, can be implemented simply and in the short term, and they already exist in all Austrian federal states. Even so, there is still some room for improvement here. The systems are primarily Internet-based, which means that groups of older people, in particular, are hard to reach. What is required is a health system that does not wait until a person becomes unwell. The reverse approach should be given far greater priority: before events happen, we should be thinking about the people who might be particularly vulnerable and where they might be located. Then we should actively seek these people out, support them and care for them. Considering how our current health system is funded and structured, that kind of approach is not really possible. The system structure is not designed to promote health through more exercise, healthy eating habits or good air quality, but rather to restore health through medical treatment.

What role does spatial planning play?

It’s a really important role: many cities have got to concentrate on significantly improving the design of their green spaces. In high density areas, the proportion of green space is currently far too low. This is not simply about reducing mortality rates; it’s also about achieving a higher quality of living. Compared to the damage that might be incurred, this would also be economically viable.

Do you see any positive aspects?

If we respond early enough, then along with the hazards, there are also positive aspects, so-called co-benefits. One of these aspects relates to mobility and health in cities. The implementation is a relatively simple matter, because it can rely on familiar measures. Many city councils are already setting the right impulses, though it is clear that an even more determined and carefully targeted intensification would bring even greater advantages. A reduction in motorized private transport, an improvement of public transport and a simultaneous increase in the volume of pedestrian and bicycle traffic would offer to benefits at once: On the one hand, the air pollution would decrease, and on the other hand, upping the exercise would lead to better health.

Moral appeals don’t really work. Rather, increasing the attractiveness of healthy and climate-friendly modes of transport as opposed to those impacting negatively on the climate does appear very promising. The framework conditions needs to be changed in such a way that people willingly embrace the change and are able to enjoy the increased quality of living. The charm of the matter is that we could start more or less immediately with the implementation. There are no technological issues, which need to be sorted out first.

Are there any other areas with these kinds of co-benefits?

Yes, our food. We are eating too much meat. Meat production, which includes performances further down the chain such as animal feed, is associated with emissions and a high degree of land use. Changes in land use also come to bear significantly here: carbon bound in forests is set free through deforestation, which means that the so-called carbon sinks are disappearing. This is still continuing all around the world, and due to the global network spread of the agricultural commodity market, it is also connected to Austrian production. However, changes in the agricultural sector require mastering a series of political challenges. One possible solution might be that changes in production for farmers do not necessarily entail a loss of income. If the quality for imported meat products was raised considerably at the same time, agricultural businesses would be able to achieve the same turnover with a reduced production but at higher prices. 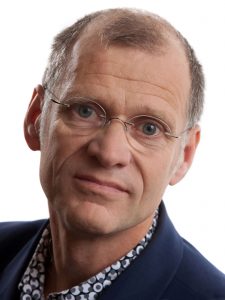 Willi Haas is a Social and Human Ecologist at the Department of Social Ecology. The assessment report is supported by the Climate and Energy Fund within the scope of the “Austrian Climate Research Programme”.