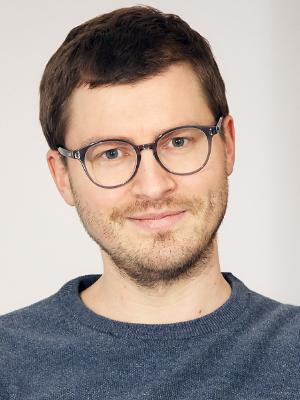 Christof Lammer studied Social and Cultural Anthropology and China Studies at the University of Vienna, Tianjin University and Renmin University of China. Since 2011, he has conducted more than 18 months of ethnographic fieldwork in the People’s Republic of China.

As predoctoral researcher at the University of Vienna (2013-2017) and as fellow at the ZiF-Research Group 'Kinship and Politics' at Bielefeld University (2017) he wrote his doctoral thesis Performing State Boundaries: A Stategraphy of Citizen Participation in China (2018). Bringing the concept of boundary work from Science and Technology Studies (STS) to the anthropology of the state and adding a focus on performance, he studies civic initiatives that promote ecological agriculture as well as the bureaucratic administration of state assistance for the poor.

Since 2019 he is postdoctoral researcher at the Department of Science, Technology and Society Studies at the Alpen-Adria-University Klagenfurt. Presently, Christof Lammer is preparing the book manuscript Performing State Boundaries: Citizen Participation in Rural Development and Bureaucracy in China and two special issues: Measuring Kinship: Gradual Belonging and Thresholds of Exclusion (with Tatjana Thelen, University of Vienna) and Infrastructures of Value: New and Historical Materialities in Agriculture (with André Thiemann, Czech Academy of Sciences).

2018: fellow and lecturer, Department of Social and Cultural Anthropology, University of Vienna

2013-2017: predoctoral researcher, Department of Methods in the Social Sciences (Ethnography Group) and Department of Social and Cultural Anthropology, University of Vienna

2012: MA Social and Cultural Anthropology (with distinction), University of Vienna

2018. "Distancing the regulating state: corruption, transparency and the puzzle of personal relatedness in a food network in Sichuan". (Special Issue: The Chinese state as regulator). Urban Anthropology and Studies of Cultural Systems and World Economic Development 47(3,4): 369-406.

2012. Imagined cooperatives: an ethnography of cooperation and conflict in New Rural Reconstruction Projects in a Chinese village. Master thesis, Department of Social and Cultural Anthropology, University of Vienna.

2017. “Distancing the entangled state: performances of peasant participation in a food network in China”. Workshop “China and Chinas: the many faces of the nation state” organised by Jean-Baptiste Pettier and Roberta Zavoretti, University of Cologne, Germany, 27 July 2017.

2015. “Being the crisis of someone else: Chinese ‘peasants’ as objects of transformation”. German Anthropological Association (GAA/DGV) Biannual Conference “Crises: reconfigurations of life, power and worlds”, Marburg, Germany, 2 October 2015.

2013. “Imagined cooperatives: an ethnography of cooperation and conflict in New Rural Reconstruction Projects in a Chinese village”. Guest lecture in “Introduction to Economic Anthropology” by Gertraud Seiser, University of Vienna, 21 January 2013.