Today’s Western dietary style is not only harmful to our climate and to biodiversity, but ultimately also to humans. Karlheinz Erb is studying land use and has reached some challenging but also some encouraging conclusions regarding our dietary habits.

What did you eat for lunch today, Mr. Erb?
I went home briefly and had some pasta with tuna sauce.

With or without a guilty conscience?
Well, it’s not so much the single event that counts, but rather the average across the year. At the Department of Social Ecology we are involved in research on land use, so I cannot really say much about marine biomass. However, it is my personal conviction that the fishery situation is very precarious and so I try to take a measured approach in my fish consumption.

In your research you explore how humankind might be fed while conserving resources as far as possible. In most cases, animal-produced foods tend to lose to plants. Why is that?
In the past, when pre-industrial societies faced food shortages, it was vital to keep animals primarily for labour and transport purposes. The aim was to concentrate nutrients on arable land and to maintain the fertility of the soil. In those days, animals also represented living capital stock that was used in harsh conditions, to be slaughtered and eaten. They were never intended to provide us with an escalope a day.

What advantages do animals offer?
The agrarian society is characterised by a scarcity of both energy and surface area. Animals offer an advantage here, because they graze on land that cannot be used as arable land. What is more, animals serve as a source of protein – and that is of particular importance in countries or situations where such sources are rare. As little as 100 years ago, this was still the case in Austria. From a worldwide perspective, around half of the global population currently lives in agrarian societies.

And what about our industrial society?
Here, we don’t just eat the biomass that is planted and harvested in fields, but rather we refine biomass as meat and then consume far too much of it. This leads to a reduction in the efficiency of land use. What this means is this: Animals do not only produce meat, but they themselves are alive and in this sense they consume energy – if animals are fed from arable land, the efficiency drops, because crops could also be consumed directly, without the detour via the animals.

Does the whole of the world really want to maintain such a meat-centred diet?
The Western dietary style which includes a lot of animal products is currently gaining ground. But it is not doing so evenly. In India, our observations indicate much lower levels. Different social groups also develop quite distinctly. How long this trend may be set to continue depends on numerous factors, including the question of what price we are prepared to pay for it: What level of climate change, how much biodiversity loss, what volume of greenhouse gas emissions are we prepared to accept? The problem is this: The Earth system shows us the consequences of our actions at a much later stage, possibly even after we have passed the point of no return.

How sluggish are changes in people’s dietary behaviour?
If we consider what was eaten in this part of world 50 years ago, then we can see that a lot can realign in the space of just a few generations. In terms of the global average, however, the Western dietary style is increasingly becoming the global model. We eat excessively, too much of the food is heavily refined and the waste flows are too high. There is a lot of potential for improvement here. But all the measures that aim at producing more and increasing the production efficiency share the common problem that the profits are wiped out by the excessive consumption. In our studies we demonstrate that a change to the level of consumption can be more profitable than an increase in the level of production.

Is there a way to calculate what is kinder to the environment: Organic milk from the regional farm, or soy milk from the tropics?
It’s not that simple, because the result depends on the indicators you apply. If you are looking at the same product, in most cases, the product produced at a lesser distance will beat the other product. But if the products are different, many additional factors must be added into the consideration. For instance, if you factor the deforestation of the rain forests into the soy production, then the deforestation of great swathes of Europe 1500 years ago should also be attributed to cattle. Developing sound scenarios is a real challenge in this context.

One of your most recent studies revealed that it might even be possible to feed the entire global population on ecologically produced food. How might that succeed?
Ecological agriculture for all is possible, and at the same time it is impossible. Due to the increased demand for land, it can only work if flanking measures are put into place, for instance by consuming less meat or optimising waste flows and restructuring the use of land. In order to avoid bargaining away all our chips at the same time, the incisions would have to be dramatic: Consumption of animal products would have to drop to a third of the current level all around the world. This represents a massive reduction for the industrial nations, while it is not possible to reduce the consumption of meat in Africa and extensive parts of Asia. The reduction mainly affects pork, because goats, cattle and sheep are able to digest types of biomass which are indigestible for humans, thus leading to less food competition.

How optimistic are you about the future?
There isn’t much to feel optimistic about, but hope springs eternal. For now, nothing leads us to assume that humans are taking climate change and the loss of biodiversity sufficiently seriously to result in a change in behaviour among the broad masses. And yet, the longer society continues to dismiss the climate change discourse, the greater the price we will have to pay in due course. The good new is that there are quite a lot of options, particularly with regard to food. Even combining several options at a moderate level can relieve the pressure on ecosystems significantly.

Karlheinz Erb Associate Professor of Land Use and Global Change at the Department of Social Ecology, which transfers from Alpen-Adria-Universität to the University of Natural Resources and Life Sciences on March 1st, 2018. Among other things he has won an ERC Starting Grant. Erb contributes to several highly competitive third-party funded projects, including EU Horizon 2020 and ÖAW (Austrian Academy of Sciences) and has published more than 100 articles in peer reviewed journals, most recently as lead author on “Unexpectedly large impact of forest management and grazing on global vegetation biomass” in Nature (doi:10.1038/nature25138). 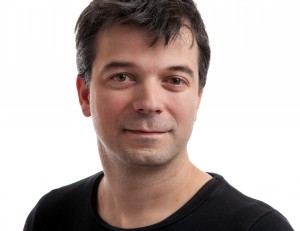