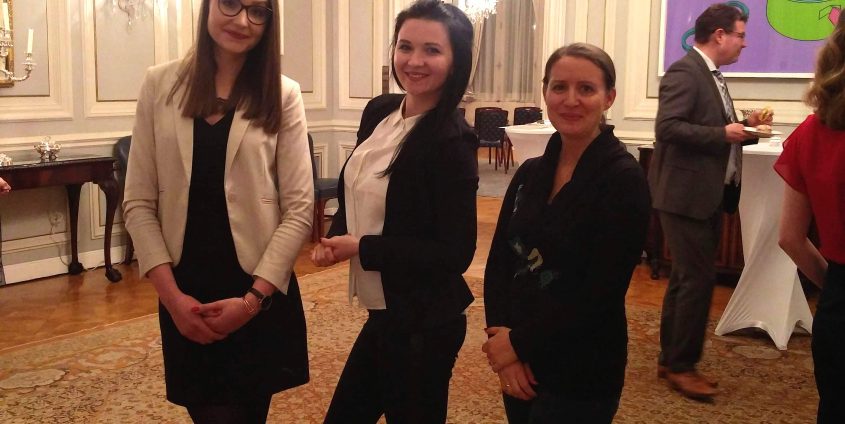 The workshop was organised by the British Embassy to give students studying in Austria an opportunity to broaden their understanding of debating and practise their public speaking skills in a friendly and professional environment. The workshop was convened by an experienced debater from the Oxford Union, who was previously a semi-finalist in the World University Debating Championships. Throughout the session, students learnt the foundations of debating excellence, including debate structure, how to deliver a convincing and confident speech and the importance of being a good listener.

During the afternoon, students worked in small groups and critically discussed a variety of contemporary topics such as zoos, academic streaming and the environment. For the final round of debates, students were divided into proposition and opposition groups and were given the motion “this house believes that individuals who are serious about fighting climate change should give up eating meat.” Students debated in front of a panel of judges, including The British Ambassador, Leigh Turner, EU Lobbyist and Head of the Austrian London School of Economics Alumni Society, Richard Lax, and Senior Lecturer at the AAU, Natilly Macartney. Students received constructive feedback from the panel and were each awarded a certificate of participation. Later in the evening, the workshop attendees had the opportunity to talk personally with the Ambassador and other members of staff working for the Embassy and enjoyed a range of drinks and sandwiches.

Engaging students in debates is important, because it gives students the opportunity to develop a range of valuable skills that they will need throughout their studies and in their future careers. Most notably, debating requires students to analyse and consider issues from multiple perspectives, this skill is becoming increasingly more important in a world where opinions can be shared instantly on social media and fake news spreads quickly. All the students who participated in the workshop said that their confidence increased throughout the day, and they now feel more positive about speaking in front of an audience.

Thank you to the British Embassy for organising this exciting event and for offering students in Austria an opportunity to better understand and engage in debating.

Text and photo by Natilly Macartney