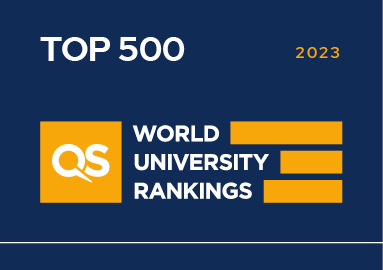 According to the latest QS World University Rankings (WUR) 2023, the University of Klagenfurt has achieved its best ranking to date, moving up from the 501-510 ranking group (last year) to rank 486. For the first time ever, the university is among the top 500 and has been ranked among the best.

In the QS World University Rankings, 40 percent of the placement is determined by the results of an international survey among the academic community on the reputation of universities (Academic Reputation), and another ten percent by an additional survey among employers (Employer Reputation). Another 20 percent of the rating is based respectively on the ratio of students to teachers (Faculty/Student Ratio) and on the research performance measured by citations (Citations per Faculty). Five percent each can be attributed to the proportion of international students (International Student Ratio) and international academics (International Staff Ratio).

In terms of the “International Student Ratio” indicator, the University of Klagenfurt recorded the fastest growth and now ranks 136th in the world, improving its ranking by 26 places compared to the previous year.

In addition to the Times Higher Education World University Rankings (THE) and the Academic Ranking of World Universities (Shanghai Ranking), the QS ranking is one of the most important global university rankings worldwide. The University of Klagenfurt is included in all three rankings.