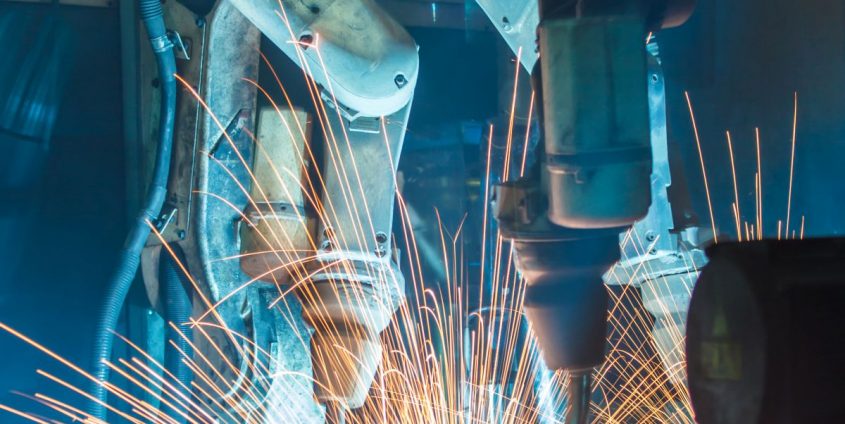 Industry 4.0. The Internet of Things. These are buzzwords for a development that is being championed by many national economies. Tasks that are today carried out by humans, such as operating industrial plants, driving a car or organising energy networks, will increasingly be done by machines in future. The first stone in this new development has been laid, and now work is commencing on the next generation of these systems.

Our energy networks are very complex: electricity is now generated using alternative sources of energy such as wind and sun, which makes electricity production extremely dependent on the weather. At the same time, energy is consumed in different quantities at different times and is difficult to store. “If too much electricity is generated, you can’t just call all the wind turbine operators and ask them to stop producing for a while”, says Wilfried Elmenreich, Professor of Smart Grids. There is, therefore, a vital need for technologies that are able to manage supply and demand, electricity storage, capacity utilisation and the sale of energy and keep the electricity network balanced intelligently. “This is the reason why cyber-physical systems are already being used in energy networks. In cyber-physical systems, software-supported mechanical and electrotechnical components are networked together, enabling them to solve problems autonomously and on their own initiative.” Essentially they are technical devices that behave like humans on some level. They resemble biological systems: the way they search for and ultimately discover solutions is not dissimilar to the process of evolution. For Elmenreich, there is also “an inherent beauty” in these approaches.

Although some fields are already using cyber-physical systems, in many cases technical implementation has been poor right from the very start. A current project funded by EU Horizon 2020 and involving Elmenreich and his team therefore aims to develop a standard methodology for building systems of this kind. As Elmenreich explains: “The traditional concepts around cyber-physical systems date from a time before the Internet became omnipresent, as it is today. The interconnectedness we have nowadays poses new challenges for us. Cyber-physical systems are not controlled centrally.” In systems as complex as this, the slightest change can have a huge impact on the system as a whole.

The optimal solution
The idea being proposed by the Klagenfurt-based Institute for Networked and Embedded Systems and its project partner, Lakeside Labs GmbH, is called evolutionary computing. In evolutionary computing, a programme gradually develops a sound solution that can be used in applications such as complex electricity networks. The fact that the computer isn’t human is an advantage to this process: when faced with a problem, the programme provides all the possible options, including those that may not cross the mind of a human. The solutions proposed are then tested in a simulation. After the simulation, the computer filters out the options that work quite well and combines individual elements together to create an optimal solution. “In the end, many of the solutions developed through this approach are better than the ones that would have been developed by a human”, says Elmenreich.

Now the project partners want to work together to create a tool chain – what Elmenreich refers to as a “work bench” – that can be used to design a cyber-physical system for a variety of different applications, such as drone swarms and self-driving cars.

Cyber-physical systems could also be used in car sharing. Picture this: you are walking through a city and come across a parked car that you can simply get into and drive. Upon arriving at your destination, you can get back out of the car and the next person to come along can use it. There could be some issues with this, however: in the mornings, for instance, the number of people driving from the outskirts of the city into the centre increases significantly. Despite not being used a lot, the cars would end up being in the city all day long. This situation could be avoided, however, if self-driving cars were able to change their location. “In this particular example, it’s important to remember that a system of this kind would need to be able to adapt to different conditions. The system doesn’t need to know what a certain type of behaviour is caused by – let’s take roadworks as an example. It’s only required to come up with a solution to the problem”, says Elmenreich. In the event of a traffic jam, for instance, a street could become a one-way street with two lanes for a certain period of time. The system then tests the suggested solution and comes to a conclusion about its effectiveness. These kinds of systems are referred to as ‘adaptive’, which means that they are not only able to fulfil a function but are able to function well when the original conditions change. When this happens, the systems benefit from swarm intelligence, which is less prone to errors than a central control system. “If something is unknown to one agent, another takes over”, explains Elmenreich.

Preparing for a new world
The USA, Europe and Asia are currently putting a lot of investment into developing these kinds of technologies, which they hope will lead to benefits such as increased industrial efficiencies. Production plants would increasingly be operated by intelligent networked robots capable of solving problems on their own. In many debates, the rise of Industry 4.0 and the Internet of Things has been viewed as being just as radical a turning point as the Industrial Revolution. Wilfried Elmenreich, however, is not concerned by this development: “The advance of these technologies will change the nature of the tasks we do. Some will no longer be required but other new tasks will emerge. This isn’t a new phenomenon, however. The car industry replaced manufacturers of horse carriages, after all.” For Elmenreich, there is a positive to all the research and development that is currently taking place at such a rapid pace: “If these systems result in wide-spread efficiencies in different areas, we will save resources.” By resources he doesn’t just mean natural, limited resources such as energy: he’s also referring to labour resources. In summary, this means that humanity can advance further, evolving with the help of machines, if you will, and faster than ever before.

Wilfried Elmenreich is Professor of Smart Grids at the Institute for Networked and Embedded Systems. He studied informatics at TU Wien, where he later worked as a University Assistant. In 2002, he wrote his dissertation on time-controlled sensor data fusion. At the end of 2001, Elmenreich became a senior researcher at AAU. In 2008, he received his venia docendi in technical informatics from TU Wien. After holding a visiting professorship at the University of Passau, Elmenreich was offered a professorship in Smart Grids at AAU in 2013. As a member of the Lakeside Labs GmbH research cluster in Klagenfurt, he is involved in a large number of research projects.

Back
The flip side of self-employment