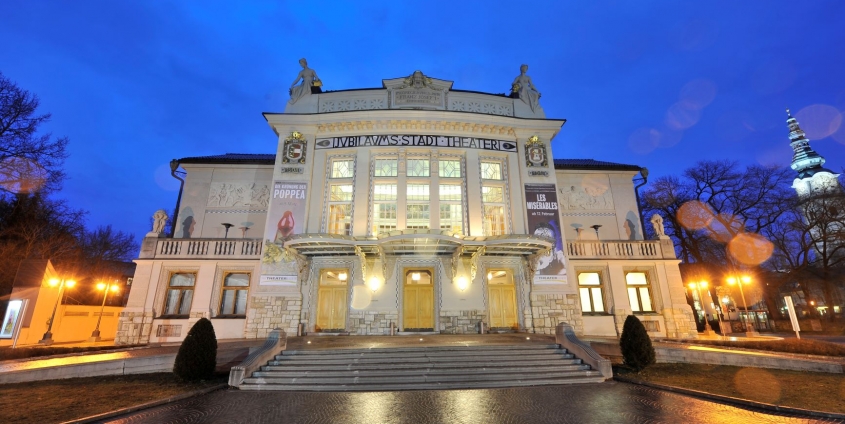 Nothing doing culturally? Not so: It’s all happening in Carinthia, and across all genres of art! To start with, the province is internationally renowned for its great wealth of artists and for hosting the largest annual literary competition in the German language in its capital, Klagenfurt. Literary giants such as Ingeborg Bachmann, Robert Musil or the Nobel laureate Peter Handke all hail from Carinthia. So does Austria’s most famous painter, Maria Lassnig. Live literature can be experienced all year round in the Musil House, as well as in the museum housed there, and in the Musil Institute above it, right across the road from Klagenfurt’s main railway station.

The city itself is an urban architectural gem, a dream of a Renaissance city boasting Austria’s oldest pedestrian zone, countless cafés and fancy shops. A thriving cultural mile runs through the city centre featuring several galleries and museums and an art nouveau municipal theatre that hosts everything from grand opera to experimental spoken word and dance theatre. Just 200 metres down the road is the Art Nouveau Theatre which, at 10 sqm, is the tiniest theatre in the city. This, and a few other stages and public places, is where theatre is performed in more experimental, outrageous ways. In the summer months, the open-air cinema in the Burghof – 400 years ago this was the site of the first high school; equipped with an observatory and a theatre stage it thrilled numerous students from the Alps-Adriatic region – offers a programme of alternating musical, threatre and film performances. Musical delights spanning classical music, jazz and hip hop can be sampled at the Gustav Mahler Private University of Music, in various courtyards, and in the lanes and alleyways.

The cultural city of Klagenfurt (information in German)

Aficionados of the most vibrant open-air cultural scene spends their time working and chilling harbourside at the Lendhafen: A cool backdrop near the water and a never-ending reservoir of ideas.

The explosive power of the visual arts can be admired in the MMKK Museum of Modern Art and many other museums and galleries around the city. You can also discover artworks by Austrian and international artists such as Lawrence Weiner or Heimo Zobernig all over the university campus. Exhibitions are held regularly, in the neighbouring Lakeside Park art space as well as throughout the university.

Art and culture at the University of Klagenfurt

The university cultural centre UNIKUM based on campus organizes cultural events and art interventions in the surrounding area, and all the way down to the Adriatic.

Last but by no means least, our students contribute significantly to this cultural vitality, experimenting with research and artistic practice in many of their courses and thus greatly enriching the university and the cultural city of Klagenfurt.