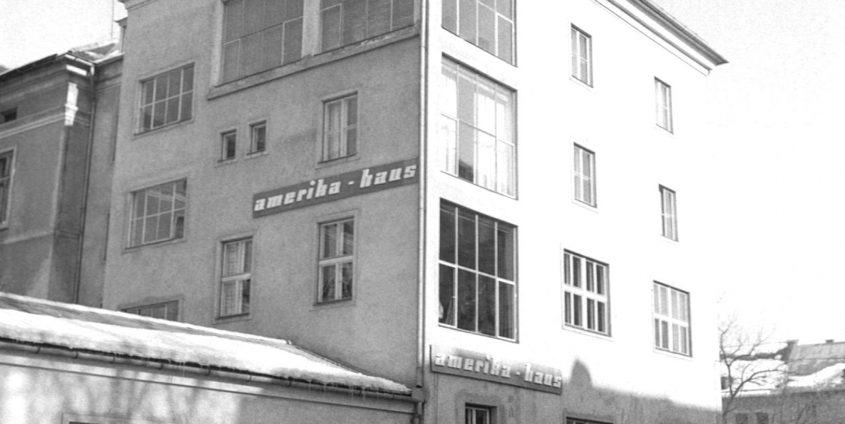 Within the scope of an introductory seminar course, Johannes Dafinger and his students Anna Ogris and Julia Schator are studying Americanisation and Westernisation in the years following the Second World War and up to the early 1970s. Over the course of this quarter century, Austria and (Western) Germany were firmly integrated into the “Western” community of values. At the same time, the role model of the US-American “way of life” radiated across (Western) Europe and other parts of the world. Dafinger and his students explored the diverse manifestations of the Americanisation of culture, politics and economics and finally asked themselves the question: is the West at an end?

What is the difference between Westernisation and Americanisation?
The concept of “Americanisation” has a fascinating development story, reaching far back into the 19th century. It originally described the process of Americanisation in America itself, when European immigrants transformed into Americans in the so-called “melting pot”. For the purpose of our seminar course we use the term as it is commonly used since the 20th century: We refer to the transfer of “Americanisms” to other countries, i.e. of things that are perceived as American. This might involve “typically American” products, values, symbols, customs or institutions. Though it is true, for the most part, that other countries appropriate these Americanisms in a selective and self-determined fashion, but nonetheless Americanisation tends to be an “export” in one direction, from the USA to other countries. “Westernisation”, on the other hand, is an analytical concept, which was first established in the 1980s. It describes a reciprocal convergence process between the countries of the West, which have become ever more similar in terms of common values and norms.

The seminar deals with the processes in the German-speaking world. Why?
Germany and Austria, at the very least, come from the National Socialist dictatorship and have a shared past, in which the West was the “enemy”.

Does a power imbalance also have a role to play in Americanisation?
The US-American opportunities to exert influence were significant during the post-war years, as were those of the other Western powers. It is logical that the USA attempted to protect their position of supremacy: they did so culturally, by setting up “America Houses”, by establishing products and symbols, but also by transmitting their own economic model.

What role do you ascribe to the Marshall Plan within the context of Americanisation?
On the one hand, the direct support of the European post-war economy through the Marshall Plan contributed substantially to the acceptance of Americanisms and to a greater sense of benevolence towards the former wartime enemy. On the other hand, the USA also pursued another objective, namely the namely the establishment of a trade network and the penetration of war-torn European economies with an “Americanised” economic model. Thus, the aid was tied to certain conditions, such as the establishment of non-protectionist forms of economic activity. In short, the USA managed to secure considerable power potential through the Marshall Plan.

What role did the Cold War play in the Americanisation?
Clearly, the Cold War played a crucial role: As we have just established, economic aid was linked to the commitment to a capitalist economic model, while at the same time, communism was painted as a common enemy. The Congress for Cultural Freedom, an anti-communist cultural advocacy group active from 1950 to 1969, was established and institutionalised. It served as a meeting place for intellectuals, whose common fundamental attitude was anti-communist. This growing anti-communism movement is also mirrored in the literature and art produced during this time. This helped to establish a shared pro-American, Western basic understanding, which is similar in all Americanised countries. Of course, there was also an anti-American movement, but unlike today, there was a broad generally held consensus at the time that Americanisation was a good thing.

How did American culture diffuse to Europe?
It started with the American soldiers, the GIs, who introduced certain patterns of behaviour, cultural phenomena, and products, which were perceived as positive by many, most of all by the younger generation. Chewing gum was one such product: it was already well-established in the USA by then, though it was still completely unknown in Europe, and additionally it served as a symbol of American “nonchalance”.

Were Americanisms accepted equally enthusiastically by all parts of the population?
By no means, especially in the cultural sphere the older generations were very worried about the erosion of traditional values. The young, on the other hand, belonged to the early adapters of the innovations, and this alone sufficed to earn them criticism from the older people. The reason behind this was the adolescents’ widespread use of “novelties” in fashion and behaviour as subtle or not so subtle form of protest. In other words, to a large extent they acted out their rebellion against the traditional norms by means of the Americanisms. Towards the end of the 1960s, this rebellion took on very specific forms. During these years, protest movements began to coalesce that were against “America”, and above all against the USA involvement in the Vietnam War. The protest forms themselves however are deeply American, or at least they were first tested in the USA, in the civil rights movement, in sit-ins and teach-ins.

What kinds of Americanisation could be found in politics?
Modern marketing methods in canvassing around elections, the heavy personalisation of election campaigns, the use of television, televised debates: these are all things that came to us from the USA and have now entered our political discourse. It should be emphasised, however, that not all political developments had an American connection. The post-war constitutions in Germany and Austria emerged primarily from a very close examination of their own past. The foil of National Socialism was ubiquitous, and the constitutional fathers and mothers were united by the desire that history should not be repeated.

Has the death knell been sounded for the West?
The term “West” stands for a set of shared values and norms and includes multilateral institutions such as the United Nations. The current president of the USA is increasingly distancing himself from norms and values that are regarded as typically Western, he is driving back multilateralism, and prioritising national interests. “Western” norms and values, the binding nature of agreements, principles of truthfulness are treated with contempt by the President of the United States and other leading politicians in Western states. The question remains whether this will prove to be an episode or whether it heralds a new era.

Johannes Dafinger is a postdoctoral scientist for contemporary history at the Department of History. He was a research scholar at the University of Maryland, College Park, and a research fellow at the Leibniz Institute for European History in Mainz. His main topics of research include the international cultural and scientific relations of National Socialist Germany, ethnic and racial concepts of Europe in the 1930s and 1940s and, in a new project, the history of political participation in modern times. 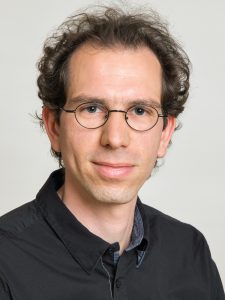 Back
Taking control of electricity consumption and storage

The quest for the perfect team