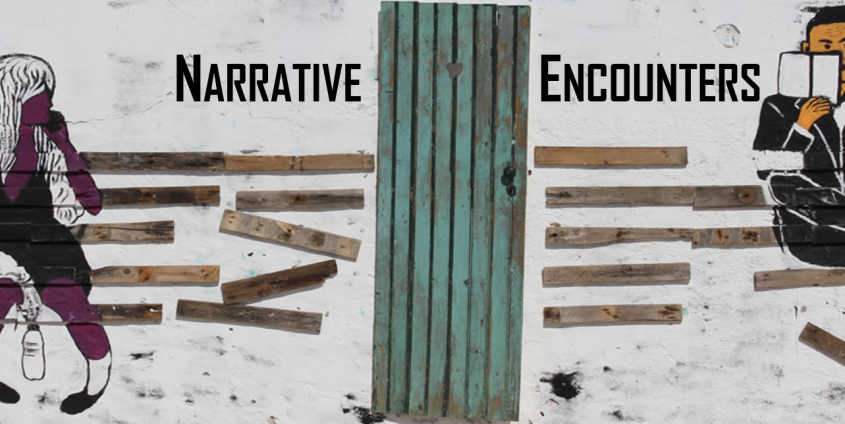 Taking a cue from pioneering efforts at the intersection of context-oriented approaches in race and ethnicity studies and post-classical narratology, this conference is interested in the relationship between narrative, race, and ethnicity in the United States.

Reading so-called “ethnic” American literatures means encountering characters and storyworlds imagined by writers associated with minority communities in the United States. Without doubt, the formal study of narrative can help us gain a deeper understanding of such encounters, but until recently, narratologists rarely grappled with the question of how issues of race and ethnicity force us to rethink the formal study of narrative.

Attesting that the relative “race/ethnicity-blindness” of narrative theory is a severe limitation, scholars such as James Donahue have called for a “critical race narratology” (2017, 3) that addresses this lacuna. A range of recent book publications (e.g. Aldama 2005; Donahue 2019; Donahue, Ho, and Morgan 2017; Fetta 2018; Gonzáles 2017; Kim 2013; Moya 2016; Wyatt and George 2020) demonstrate that a variety of insights can be gained from narratological approaches that open themselves up to issues of race and ethnicity in conjunction with other important identity markers including class, religion, gender, and sexuality. And, as Sue Kim has noted, there are shared interests in understanding the ways in which such narratives “operate within larger social structures as well as an investment in the scrutiny of how minds and subjectivity work in and through narratives” (2017, 16).

How do ethnic American literary texts use narrative form to engage readers in issues related to race and ethnicity? What narrative strategies do they employ to interweave these issues with other important identity markers such as class, religion, gender, and sexuality? How do they involve readers emotionally in their storyworlds and how do they relate such involvements to the racial politics and history of the United States? And how does paying attention to the strategies and formal features of ethnic American literatures change our understanding of narrative theory? These are some of the questions we hope to address at this conference.

We invite paper proposals on topics including, but not limited to the following:

The conference is supported by the Austrian Science Fund (FWF) in the context of the Narrative Encounters Project at the University of Klagenfurt (https://narrativeencounters.aau.at).

There are plans to publish an edited collection related to the conference theme; selected papers will be considered for inclusion.

For questions and queries, please contact narrative [dot] encounters [at] aau [dot] at.