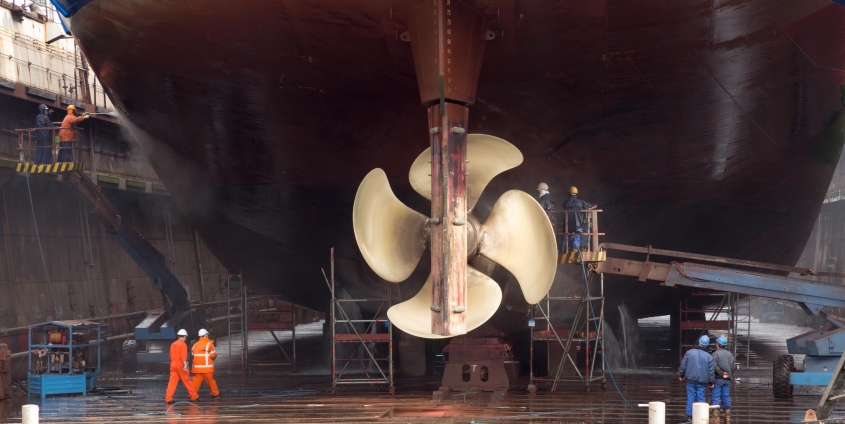 Some 56,000 ships weighing in excess of 500 tons are currently sailing the world’s oceans. For now, their maintenance is carried out by a high number of personnel: The cleaning of a ship’s hull currently takes about eight days and costs between 100,000 and 200,000 euros. The project “BugWright2 Autonomous Robotic Inspection and Maintenance on Ship Hulls and Storage Tanks” financed by EU-HORIZON2020 aims at developing autonomous technical solutions.

“Although remote-controlled systems are available to assist us in the maintenance of ships, operators have not yet managed to use autonomous robots for this purpose. To date, it has not been possible to provide sufficient evidence of the robustness and reliability of such systems to convince shipowners and end-users of their potential”, Stephan Weiss, head of the Control of Networked Systems (CNS) group at the University of Klagenfurt, explains. Together with his team he is involved in several of the Work Packages included in this EU project.

In the future, teams of robots will be deployed to inspect ships and clean the ships’ hulls while they are docked in port and being loaded with new cargo, according to the future vision of the international consortium. This consortium is researching the new technology with a total of 21 partners (including the University of Klagenfurt and Lakeside Labs) under the leadership of the French National Centre for Scientific Research (CNRS). In doing so, they hope to achieve not only significant time and cost savings, but also relevant environmental effects: cleaner ships generally consume 5 to 10 percent less fuel; in extreme cases this figure can be as high as 30 percent.

The technology provides for the use of different robots: both, small drones, so-called Micro Aerial Vehicles (MAV) and small Autonomous Underwater Vehicles (AUV) will operate together with teams of magnetic tracked vehicles on the different surfaces of the ship. The structure must be inspected visually and acoustically to identify areas of corrosion and to clean the surface as required. “We want to minimise the use of people for inspection work, as this can often be hazardous, and instead allow these workers to monitor the process at a safe distance and, if necessary, to make adjustments in real time”, Stephan Weiss elaborates. The Klagenfurt-based team around Stephan Weiss can contribute their particular expertise in the control, navigation and localization of the individual robot components. The focus so far has been on small helicopters that can fly independently of GPS by means of camera navigation. According to Stephan Weiss: “One of the biggest challenges for us is the limited texture and smooth surface of the hull, which impedes precise navigation.”

The BugWright2 Project has received funding from the European Union’s Horizon 2020 research and innovation programme under Grant Agreement No. 871260.

Interns at the Institute of Mathematics