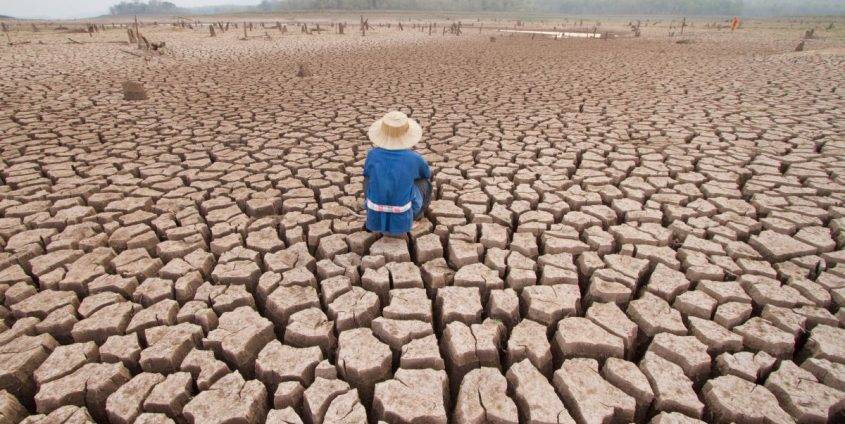 For some years now, geologists have been debating the existence of a new era, the Anthropocene, which is characterised by massive human-influenced changes to the natural environment. Geographer Heike Egner sees this new epoch as an opportunity for science and humanity.

Are we really at the start of a new era?
When geologists talk about different epochs, they are usually talking about periods that span several million years at least. This is what makes the discussion about the existence of the Anthropocene so difficult. A new era needs to be defined by criteria that apply the whole world over. Imagine if, 10 million years from now, a human or other being is digging in the earth: they would need to find markers that could be dated back to the present day.

What could those markers be?
There have already been discussions about whether atom bomb tests and the traces left by these tests marked the start of the Anthropocene. The Anthropocene would then have started in the 1950s. Some geologists are not happy with this date, however, and believe that the new era started with industrialisation.

Does this mean, then, that geologists at least agree that we are in the Anthropocene now?
No, not at all. Some scientists think that talk of a new era is arrogant. We usually work with eras that span millions of years and yet here we are calling a period of time that, from a geological perspective, has lasted no longer than a hundredth of a blink of an eye, a new era. What arrogance! I can understand this standpoint, but this is the first era to be named while it is still in the making and as we are experiencing it.

What is your opinion on the Anthropocene concept?
I like it: unlike the term ‘sustainability’, the Anthropocene makes the magnitude and drama of our situation clear. The debate on sustainability focuses on our behaviour as individuals. We are given the impression that, if we just change the way we consume and travel, we can stop the Earth from continuing on its downward spiral.

So as individuals, is there anything we can do about climate change and global warming?
We live in structures that are virtually impossible to resist in the interests of saving the world. This is what, I think, makes the concept of sustainability so difficult to sell: sustainability fails because we as individuals are unable to find our direction.

Doesn’t the same thing happen with the Anthropocene?
No it doesn’t, because the demands are made on us as a group, on humanity as a whole. Inadvertently – no one sets out to destroy the environment, after all – our actions have caused a deterioration in our living conditions. Of course this is depressing, but the Anthropocene concept places the responsibility on society, and therefore on politicians and industry, rather than on the individual.

We are constantly hearing about the terrible shape our planet is in. How can the Anthropocene help us to save it?
To start with, we’re not concerned about the Earth. We’re concerned about ourselves! The advantage of the Anthropocene is that we start to see the whole of the issue rather than individual elements of it, such as climate change or CO2 emissions. We recognise that our actions have consequences that threaten our lives. This isn’t deliberate. Nevertheless, we’re currently living through the greatest mass extinction ever seen in the Earth’s history. The loss of biodiversity is perhaps even more dramatic than many believe.

Will it take a disaster for us to change our ways?
The nature of a disaster is that such a thing is unimaginable until it happens, so it’s impossible to make preparations. Take Fukushima, for instance: this disaster was due to the combination of earthquakes, tsunamis and a nuclear power station. After a disaster of this kind, there’s a window of opportunity where a change in mindset becomes possible. After Fukushima, there were discussions in Japan about phasing out nuclear power and the system could have changed. The pressure from business was too great, however, and the window closed before anything could happen.

Tsunamis, climate change, ocean acidification and species extinction: is it not too late to do anything about these issues now?
I don’t think so. The Anthropocene debate has already brought one thing to pass: without it, I don’t think the Paris Agreement would have been ratified as quickly as it was. In the midst of all the doom and gloom, we have lost sight of this achievement. Catastrophism paints a pessimistic picture that makes everything seem so awful that we become paralysed by fear. The concept of the Anthropocene, however, facilitates a change in mindset. If we really do find out that we are living in the Anthropocene, every textbook and geography book will be wrong as of that moment. Then we will no longer be able to view humanity as being separate from nature. Then we are a part of nature and nature is a part of us. Philosophy, anthropology and the social sciences will have to go right back to the beginning. It is a radical concept but a radical concept is exactly what we need. The year 2016 was the warmest since records began.

Geoengineering uses technological tools to manipulate the Earth’s climate system: is this an option?
Geoengineering concerns me and I think it’s fundamentally wrong to go searching solely for technological solutions. They might help in the short term but we don’t know what the risks are. There is a time lag in our climate system, so what we are experiencing now is the warming from 70–80 years ago. The problems caused by our rapid technological progress can’t be resolved by more technology. We need to reduce technology and do only the things that we really understand.

Heike Egner has been a full professor in the Department for Geography and Regional Studies at AAU since 2010. She researches the relationships between society, humanity and the environment and focuses on geographical risk and disaster research and topics relating to sustainable development. 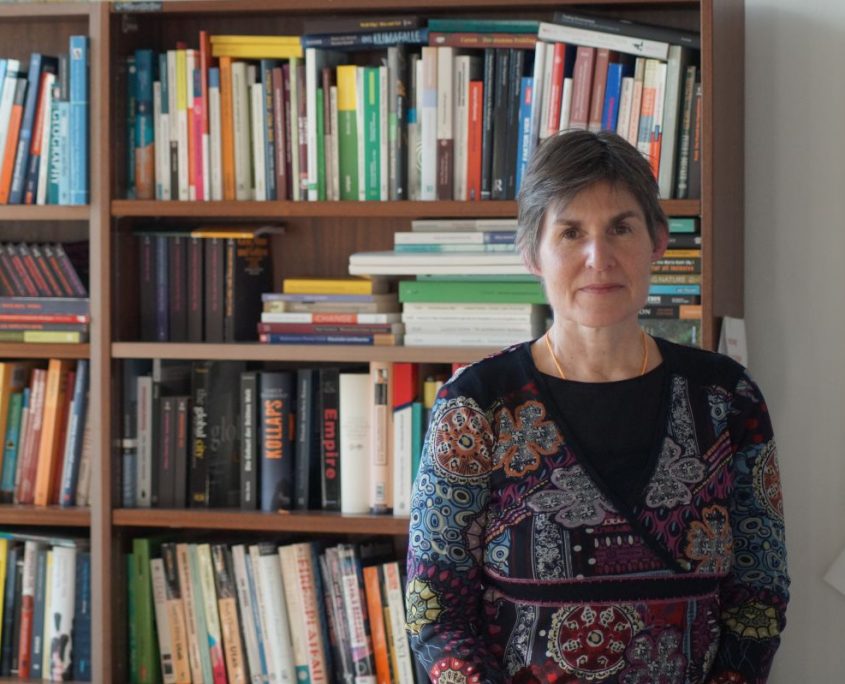 In the summer semester 2017, the Anthropocene concept forms the focus of the “Interdisciplinary Sparkassenseminar”, which is delivered by lecturers from all four AAU faculties. The course is aimed at master’s and doctoral students from all subjects with an interest in approaching the Anthropocene from an interdisciplinary perspective. The seminar is delivered in cooperation with the Kärntner Sparkasse private foundation.