On Friday, 29th June 2018, the degree ceremony for 65 graduates of the Alpen-Adria-Universität takes place in the Hans-Romauch-Lecture Hall (Lecture Hall A).

END_OF_DOCUMENT_TOKEN_TO_BE_REPLACED

Cyber security training is about training IT security experts and end users in the field of information security. Traditional teaching and learning methods, such as lectures and literature research, however, have been proven inadequate in the field of cyber security. Implementing basic security concepts in real-world environments is difficult for many people as they usually lack knowledge about the specific procedures. With the help of interactive exercises, an attempt is made in a practical way to implement these basic concepts in a realistic environment, and therefore facilitate better understanding of information security. 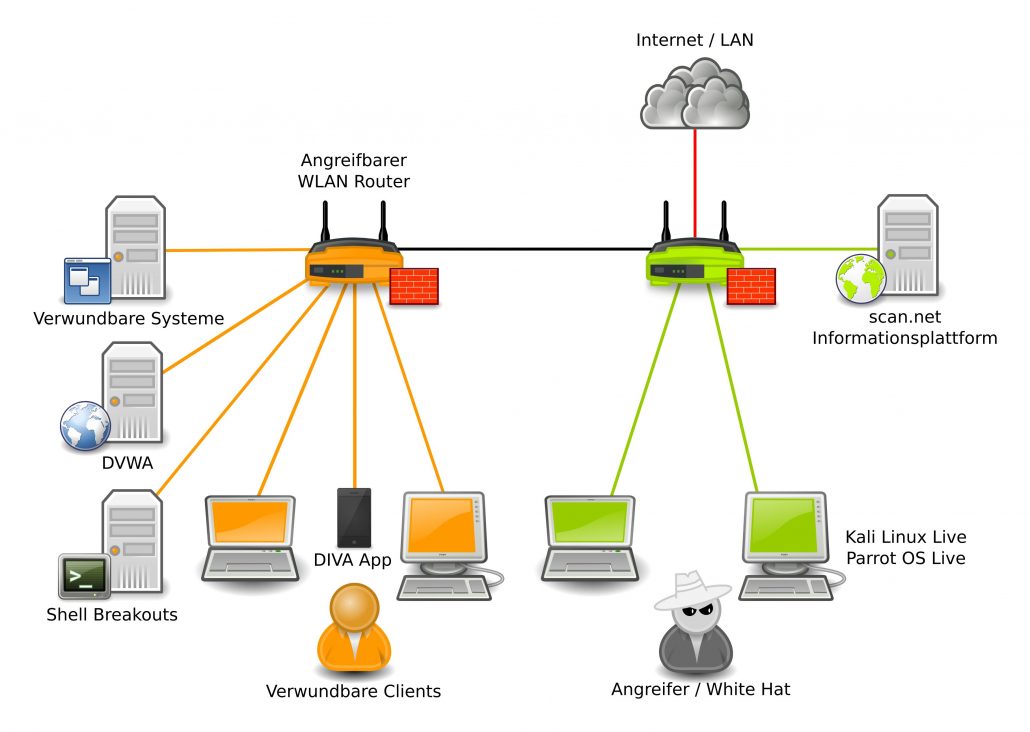 Dr. Anouschka Foltz received a Magister Degree from the University of Mannheim in 2003. Her Magister thesis, supervised by Prof. Rosemarie Tracy, was an empirical study comparing native (American) and non-native (German) speakers’ argumentative discourse in English. In 2000/2001, she had the opportunity to study abroad at the University of North Carolina at Chapel Hill and gain her first teaching experience at the Department of Germanic Languages and Literatures.

In 2010, Dr. Foltz received both an M.A. and a Ph.D. in Linguistics from The Ohio State University. Her Ph.D. dissertation, entitled “The Effect of Pitch Accents and Boundary Tones on the Interpretation of L+H* Accents”, was supervised by Prof. Shari Speer. During her time at The Ohio State University, she mostly worked on sentence processing and the production and comprehension of prosody in adults. She also taught numerous undergraduate classes. After completing her Ph.D., Dr. Foltz spent four years working as a postdoctoral researcher in the Collaborative Research Centre 673 “Alignment in Communication” at Bielefeld University. During this time, she worked with the principle investigators Prof. Prisca Stenneken, Prof. Philipp Cimiano, and PD Dr. Katharina Rohlfing. Most of this work focused on syntactic and lexical alignment phenomena in both children and adults. She has been the Lecturer in Psycholinguistics at Bangor University since 2014.

Stochastic Trajectory Generation Using Particle Swarm Optimization for Quadrotor Unmanned Aerial Vehicles (UAVs) has been selected as the best research article published in 2017 in the MDPI Aerospace journal. The paper is co-authored by Babak Salamat and Andrea Tonello. It provides a realistic stochastic trajectory generation method for unmanned aerial vehicles. It offers a tool for the emulation of trajectories in typical flight scenarios, for instance, flight level, takeoff-mission-landing, and collision avoidance with complex maneuvering. The trajectories for these scenarios are implemented with quintic B-splines, which grants smoothness in the second-order derivatives of the Euler angles and accelerations. In order to tune the parameters of the quintic B-spline in the search space, a multi-objective optimization method called particle swarm optimization (PSO) is used. The proposed technique satisfies the constraints imposed by the configuration of the UAV. Further constraints can be introduced such as: obstacle avoidance, speed limitation, and actuator torque limitations due to the practical feasibility of the trajectories.

In the domain of aerial robotics, there is a large body of literature on path planning  and flight control. However, to assess performance, for instance of navigation algorithms, the trajectories followed by the moving aerial vehicle must be generated with a statistically representative emulator. In this paper, we have provided a new seminal idea on how to do so, and we believe that the results can open the door to a novel methodology to develop stochastic trajectory generator – prof. Tonello says.

Paths are formed by being trodden. Denise Voci, having completed secondary school in the border town of Tarvisio, once dreamt of a life as a musician, before her path took her to Klagenfurt, where she studied Media and Communications Science. Today she works as a Predoc Scientist and is writing her doctoral thesis as part of an international project that explores cross-border media management.

END_OF_DOCUMENT_TOKEN_TO_BE_REPLACED

Laurenz Kohlbach (Stiftsgymnasium St. Paul) has attended the course of Mathematical Olympiad of the Alpen-Adria-University Klagenfurt for several years now. This year he again qualified for the International Mathematical Olympiad, which takes place in Romania this year.

Laurenz Kohlbach already took part in the International Mathematical Olympiad in Brazil last year and received a silver medal there.