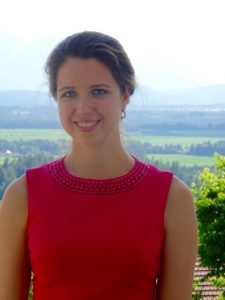 My dissertation explores the relevance of conceptual knowledge and embodied experiences in structuring and understanding abstract concepts in the context of poetic narratives. On the one hand, I will explore whether poets create conceptualizations of their experiences when they produce metaphors. On the other hand, I will analyze whether readers draw, if at all, on similar conceptual metaphors as the poets do when they try to make sense of metaphorical expressions in a poem. In both cases, I will be interested in the extent to which the authors’ intentions influence poetic metaphor production and understanding.

The proposed project builds on the works of scholars that study the interplay between conceptual knowledge, embodied simulation processes and the production and comprehension of figurative language (e.g. Lakoff & Johnson 1980; Lakoff and Turner 1989; Gibbs 1994, 1999, 2017; Colston 2015; Tsur 1992; Freeman 2011; Gallese & Cuccio 2018). Yet it will be different to studies conducted in the past as the results will not be limited to the analyses and interpretation of a scholar, or to the responses of either the authors of the poems or the readers. Instead, it takes all three perspectives into account. The combination of four different research methods, namely questionnaires, in-depth interviews, written Think-Aloud Protocols and a psycholinguistic experiment, aims to prove the following two hypotheses:

(1) Poets use metaphors for very similar reasons as ordinary people do.

(2) Metaphor production and comprehension are shaped by people’s conceptual

The corpus of texts used for the empirical studies consists of eight contemporary poems which will be analyzed by the applicant for conceptual metaphors and metaphoric themes they comprise. In the first two empirical studies, the authors of these eight poems will be asked, using questionnaires and online interviews, to reflect upon their use of metaphors, to name their sources of metaphors and to define their purpose of using figurative language. In study three and four, the same eight poems will be presented to the studies’ participants who will be asked to read and, following different tasks, to interpret the poems and their metaphors.

In the discussion of the data, I will compare the findings of the first two sub-projects (authors’ reflections) to the findings of the other two sub-projects (readers’ interpretations), examining similarities and/or differences in poetic metaphor production and comprehension. The focus will be on the extent to which the use and understanding of metaphorical language requires access to cross-domain mappings, and whether, or not, authorial intention shapes people’s engagements with poetic metaphors. Finally, the implications of the results will be discussed for theories of metaphor in language, thought, and communication.

Freeman, M.H. 2011. The aesthetics of human experience: Minding, metaphor and icon in

phylogeny through a comparative neuroscientific perspective. Philosophical Transactions of The Royal Society B Biological Sciences: 1-10.