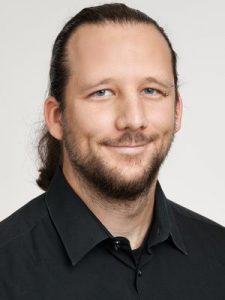 This dissertation will investigate how comics influence and translate into videogames in terms of mechanics and narrative. In addition, it will deal with the reasons for the popular integration of both these media in transmedia discourses, especially those that have their origin in videogames. The research focus is split into two parts: On the one hand, the theoretical and structural composition of both media will be investigated and updated; on the other hand, the effects of an overlapping and fusion of both these media within videogames will be substantiated and critically reflected.

Comics have attracted more and more attention in mainstream culture. As a result, the estimated market size of the medium in North America has doubled since 1997 (Comichron, no date). One reason for this growing interest in the medium is, without a doubt, the success of cinematic adaptations of comic books. However, videogames have experienced an even bigger boom in popularity in recent years. Indeed, global games revenues are continually growing and catching up to the movie industry (cf. MPAA, 2015; Newzoo, 2016). A cause for, as much as a result of, the increased success of these two media, seems to be their integration into transmedia story landscapes. Comics and videogames seem to be particularly well-suited for transmedia explorations because they have always embraced the potentials of expanding their storyworlds and extending their experiences across media. Even though reviewers and popular critics have understood the interrelations between these two media, scholars have been slow to embrace the potentials the intersections between comics and videogames open up.

The central research questions are:

The main goals of the project are:

Methodically, the project focuses on in-depth text analyses in the context of theoretical background and their extension in correlation to videogame analysis. Here a selected number of videogames will be separated into clusters according to their respective type of text (adaptation, imitation, part of a transmedia story landscape).

In my presentation, after a brief and general introduction of Game and Comics Studies, I will present the aspects of the project mentioned above regarding content and methodology, and demonstrate their relevance with the help of selected examples.

Krainer, Michael W. 2008. Graphic Novels on the Screen Reloaded: an adaptation analysis of „A History of Violence“, „Constantine“, „Road to Perdition“ and „V for Vendetta“. Klagenfurt: Alpen-Adria-Universität.