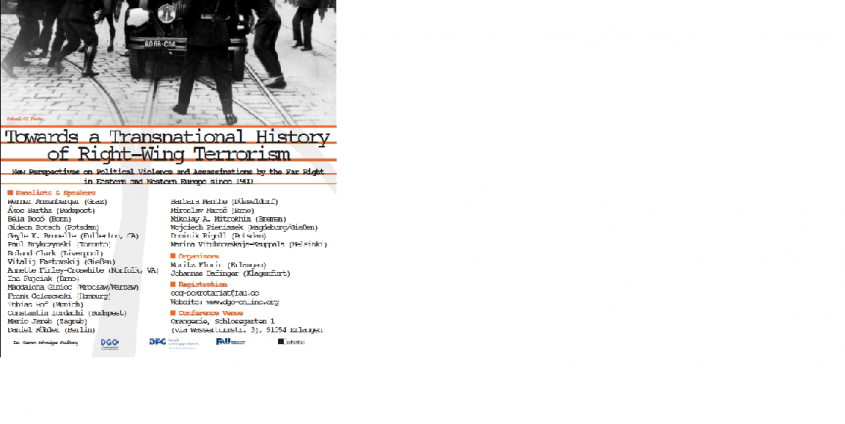 Academic Conference of the German Association for East European Studies, History Section, 21–23 November 2019
Towards a Transnational History of Right-Wing Terrorism. New Perspectives on Political Violence and Assassinations by the Far Right in Eastern and Western Europe since 1900

In the present, we are witnessing a new global surge of right-wing extremism and violence. This new wave has also reanimated interest in the history of right-wing terrorism. The international conference at Erlangen aims to offer a venue for an exchange of scholarly perspectives on the history of right-wing extremism and violence in Europe, East and West. We hope to encourage a comparative and transnational debate on topics including the links between the emergence of right-wing extremist ideologies and politically motivated acts of violence, about the role of supportive environments among the security organs and the political elites, and about the reactions of politicians and the broader public to the assassinations. The program is available here to be downloaded